Friday Nights are Reserved for Stand Up, Improv, and BYOB at The Brewery - Wooder Ice 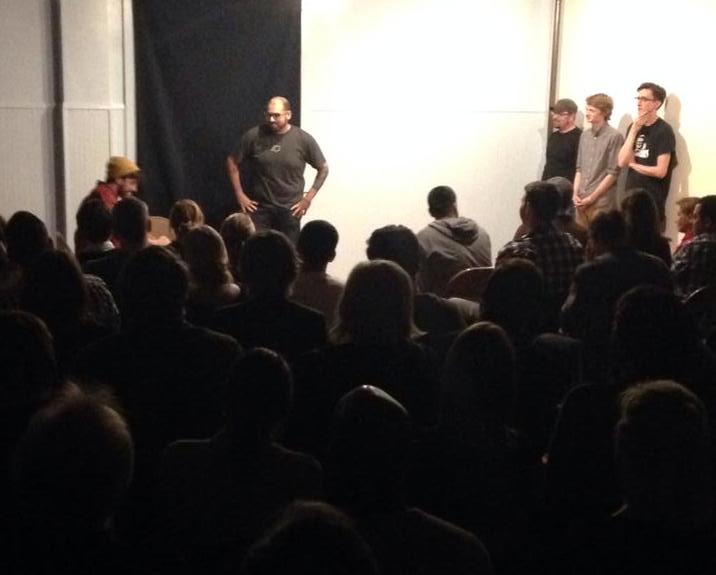 This isn’t our first time spotlighting this comedy hotspot.  The Brewery which recently won Best Recurring Comedy Show at the 2015 Philly Comedy Awards, has been steadily gaining popularity among comedy goers in Philly.

For those looking to venture away from the over polished comedy clubs in the city and seeking a more underground and ultra relaxed vibe, then look no further than The Brewery at 1170 S. Broad St.  Priding itself with fresh original standup content as well as improv and sketch comedy, it’s essentially the triple threat of comedy.

What really separates this place from the rest of the pack aside from the vibe is the budget friendly prices and the ability to bring your own bottles.  Other comedy spots in Philly charge a moderate to hefty admission fees depending on the acts as well as the dreaded two drink minimum.  Not at The Brewery.

In fact this coming Friday the 13th, The Brewery will feature a jam packed line-up of some of the best rising talent in town. Hosted by Bill Parks guests will be treated to stand up by Michael S. Watkins, sketch comedy from BABS, and Den Mother bringing the funny with an improv segment.  You’ll be able to enjoy all this for a pocket friendly $5.  Did we mention it was BYOB? (just wanted to drive that point home).

So if you were looking to make plans this Friday with friends or a date, then this comedy bargain is a no-brainer.

Continue Reading
You may also like...
Related Topics:comedy, improv, lifestyle, stand up, the brewery

Philly Music, Fashion, and the Arts Come Together for The Merge
Check it Out as Shoppers at Condom Kingdom Shared Their Dating Advice & Crazy Love Stories
To Top
Get the Coolest Philly Events & News Emailed to you Every Week!