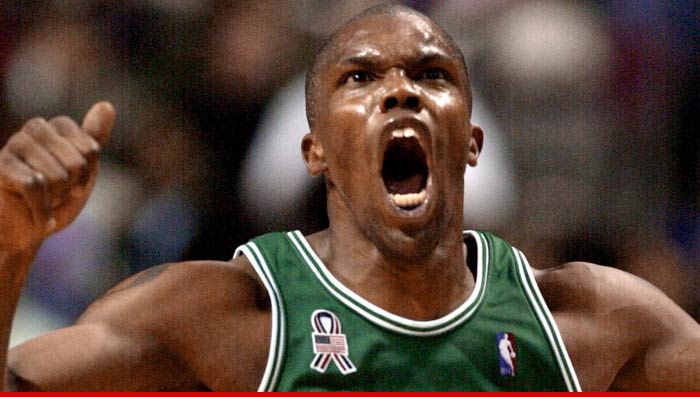 According to a recent TMZ report, Eric Williams who spent 12 years in the NBA and has appeared in the hit reality show ” Basketball Wives” is claiming that he is broke and homeless. The first thing that comes to mind is ESPN’s 30 for 30 “Broke.”

Williams’ trials and tribulations came to light after a court order was issued to him for $24K in unpaid child support.  Williams claimed that he never recieved the court order to appear at a Colorado courtroom because he has no home for the order to be delivered to. Further more Eric Williams is stating that even if he had received the court order he would not be able to attend the hearing because he does not have the funds to purchase a plane ticket let alone pay a lawyer.

No details were released explaining how exactly Eric Williams got himself into this situation but we can say if he hasn’t fired his accountant by now, this is a better time than any.

Check out this illusionist on “Britain’s Got Talent” and be Amazed!
Funny Video: How to Take off Your T-Shirt with One Hand!
To Top
Get the Coolest Philly Events & News Emailed to you Every Week!