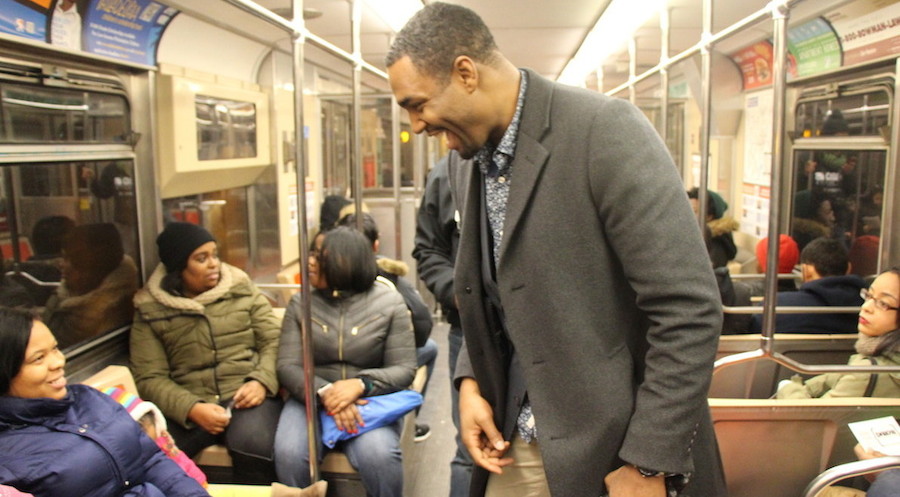 If you’ve been following our social media pages then you may be aware of our plans to document mayoral hopeful Doug Oliver.  We last spoke with Mr. Oliver a few weeks back for an interview regarding his plans to throw his hat into the ring.  What struck us about his plans were the fact that he is looking to run by relying heavily on social media, web presence, and good old fashion street stumping

Shying away from spending an absorbent amount of money for radio spots, billboards, and commercials, Doug looks to become more fiscally responsible by doing what most citizens of Philadelphia, actually what most citizens of the United States do.  Which is to make the most out of what you have.  It’s the American way.  To pull ourselves by the bootstraps and go after lofty goals no matter how tall of a mountain we must scale.

It’s not like Mr. Oliver needs to be Mayor.  In fact Doug was sitting in a comfy chair at a comfy job working as Senior VP of Marketing & Corporate Communications at PGW.  Let’s just say he could have rode that gig to a cozy retirement.

However, as a Philadelphian born and bred, Doug sees that his city needs a fresh face and a leader with new and innovative strategies.  Even if those strategies involve getting back to basics.

So as Doug Oliver looks to take the helm of the City of Brotherly Love and spread the word about his DO2015 campaign, we will follow his journey as he pounds the pavement, and makes his rounds throughout the city to fulfill his dream to become the next Mayor of Philadelphia.  So enjoy the ride as we  gain all access and take you behind the scenes of his war room, brainstorming sessions, and public appearances.