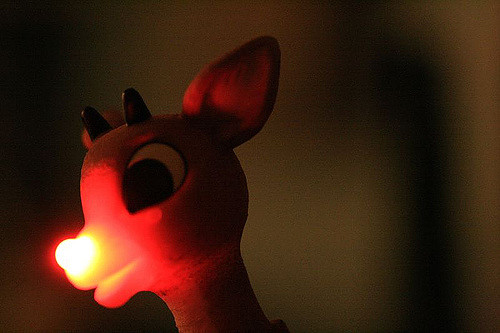 When you think of Christmas classics, DMX is not one of the names that usually come to mind…until now.

DMX gave us what we really wanted but didn’t know we needed. He just released a cover of Rudolph the Red-Nosed Reindeer and it’s fire. Back in 2012, a video of DMX rapping a few bars of the Gene Autry hit went viral and left us wanting more. The impromptu clip was filmed following an appearance on a New York radio show.

DMX released the song as part of Spotify’s Christmas Singles playlist. The playlist features Christmas classics reimagined by some of today’s top artists like Miley Cyrus, Demi Lovato and Kelly Clarkson. Check out X’s take on the Christmas hit.

Check out the full playlist below.

Beyonce And Selena Gomez Battle For Instagram Likes
EDITORIAL: You Are Not Qualified To Be President, An honest look at Donald Trump