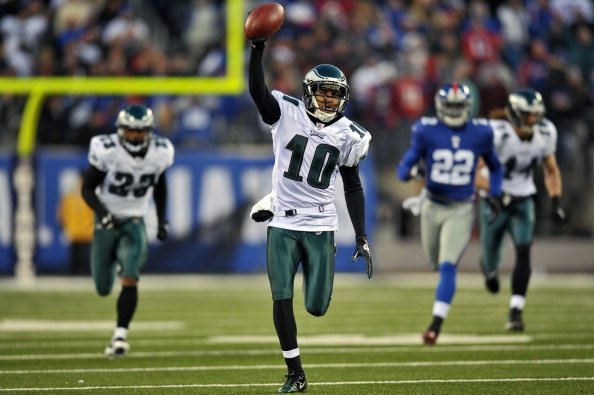 Eagles wideout Desean Jackson’s departure is just as abrupt as his entrance.  He made a huge splash opening game against the Redskins with 8 receptions for 154 yards and two touchdowns.  However, in game two he left with a mysterious injury in the 1st quarter and has not returned until the recent matchup with the Bears.  Just like in game 2 Jackson vanished early on.

Well it looks like we have some answers.  Per John Clark of NBC Philly, multiple league sources are saying that Desean Jackson is scheduled to have surgery Tuesday.  It looks like Djax is suffering from an abdominal tear in which his abdominal muscle is completely of the bone.

With the surgery, Desean is expected to miss 4 to 6 weeks and could very well miss the remainder of the season depending on his rehab.

We’ll keep you posted as more information is released.

ICYMI The Philadelphia Union Playoff Pep Rally Was Held at Xfinity Live! Here’s What You Missed!
The Sixers New Uniforms Were Unveiled ….Are They Hot or Not?