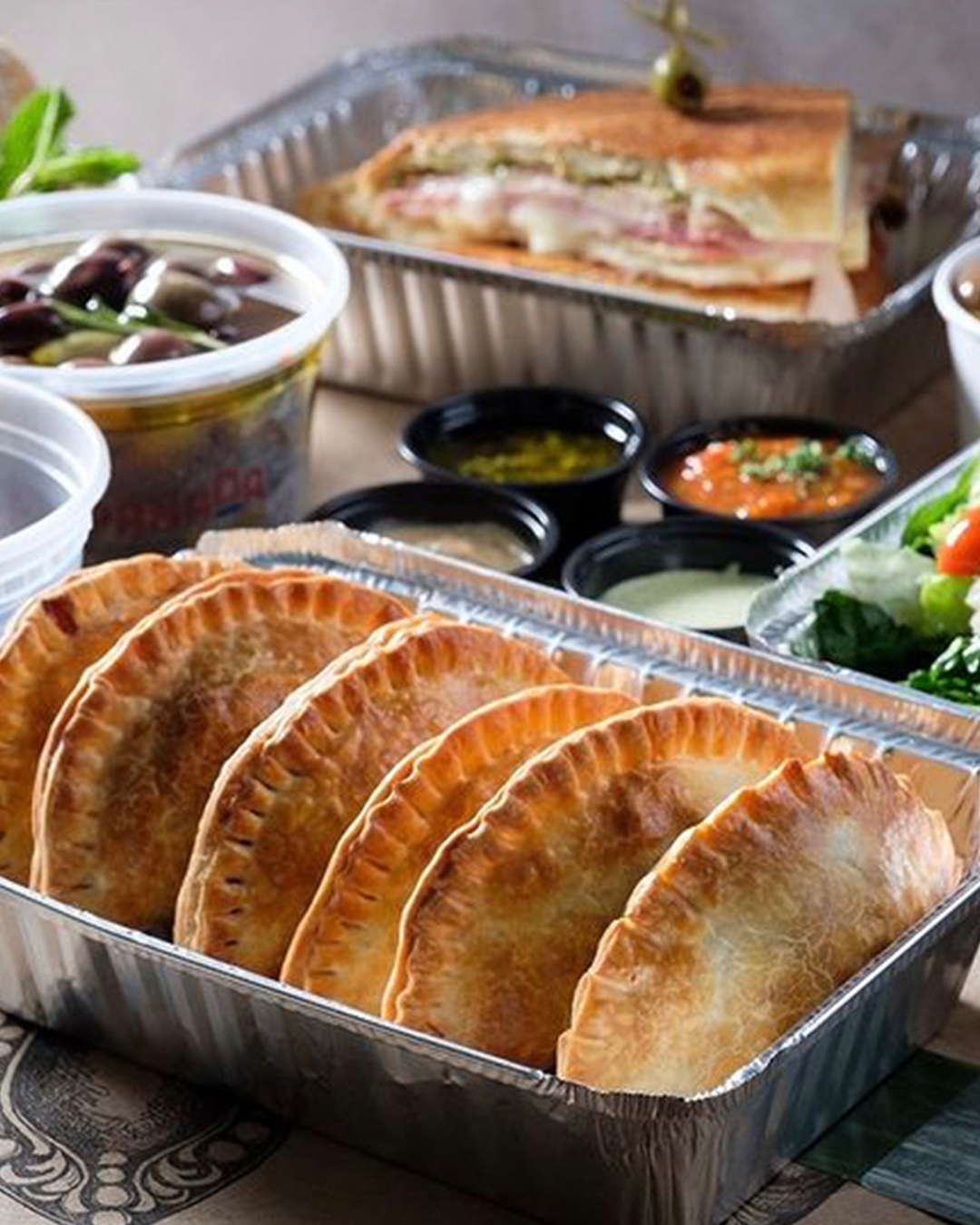 In anticipation of National Empanada Day on April 8th, two-time James Beard Award-winning Chef Guillermo Pernot is launching Empanada Alley — a delivery-only restaurant or “ghost” kitchen centered around freshly baked, ready-to-enjoy empanadas delivered right to your door. “These hand-crafted baked savory and sweet treats are my own twist on the popular pastries I enjoyed during my travels to Cuba,” said Pernot, who spent the past several years planning and testing this concept.

“We had a little extra space in our rear building along Strawberry Street (the alley), so we decided to utilize it and resurrect a name and idea that we tossed around a few years ago,” explained Barry Gutin, Cuba Libre’s Principal & Co-Founder. “This second concept is a pivot that we thought made sense in order to bring back more of our employees who were laid off due to the COVID-19 restrictions that limit indoor dining. It’s not fast food, it’s not pizza, but it’s affordable ‘real’ food composed by our award-winning chef. We hope it will not only boost our business, but also be a welcome addition to the region’s culinary offerings. We are launching it first in Philadelphia with Washington DC to follow soon thereafter. We see this as an ongoing venture, even after the pandemic is over, and plan to establish outlets around the country, independent of Cuba Libre locations.”

In April, Cuba Libre will be donating a portion of sales ($1 for each order of $15 or more) to CORE (Children of Restaurant Employees), of which Barry Gutin is a board member. The delivery area is a five mile radius of Old City, Philadelphia.

Bok Bar is Returning April 14th and Will Run for 30 Weeks With Over 100 Events!
Farmacy is Hosting a Pop-up Farmer’s Market at Franny Lou’s Porch