The Co-Founder of The Electric Factory is Auctioning Off Rock & Roll History! - Wooder Ice

The Co-Founder of The Electric Factory is Auctioning Off Rock & Roll History!

The Co-Founder of The Electric Factory is Auctioning Off Rock & Roll History!

In celebration of The Electric Factory’s 50th Anniversary, co-founder Larry Magid is auctioning off amazing rock & roll items that he has accumulated over the years.

Originally located at 22nd & Arch, The Electric Factory opened its doors in 1968 and since then it was hosted some of the biggest names in music period.  Legendary artists such as Jimi Hendrix, Janis Joplin, Pink Floyd, and Bob Dylan have all been booked by Larry.

Having built a reputation as one of the biggest promoters ever in Philly, Larry Magid’s influence goes beyond the four walls of The Electric Factory. In fact Larry was instrumental in bring bringing the Live Aid concert to Philly back in 1995.

Larry is now allowing music fans and collectors a chance to own some of the coolest pieces in Larry’s possession. The action kicks-off October 27th at 12 pm and will run until November 9th.  So if you’re getting a check on the 1st of the month, this is the perfect place to blow it!  Click here to check out the auction, and preview some of the cool items and descriptions below:

Back in May, Jerry’s fabled “Wolf” guitar (which he had loyally played from the early 1970s to early 1990s) sold at auction for just shy of $2 million. And while it’s true that Captain Trips never strummed this particular Fender Strat up on stage, just his signature alone makes it almost equally rare. To our knowledge, this is the first Jerry Garcia single-signed electric guitar ever to reach a major auction house. 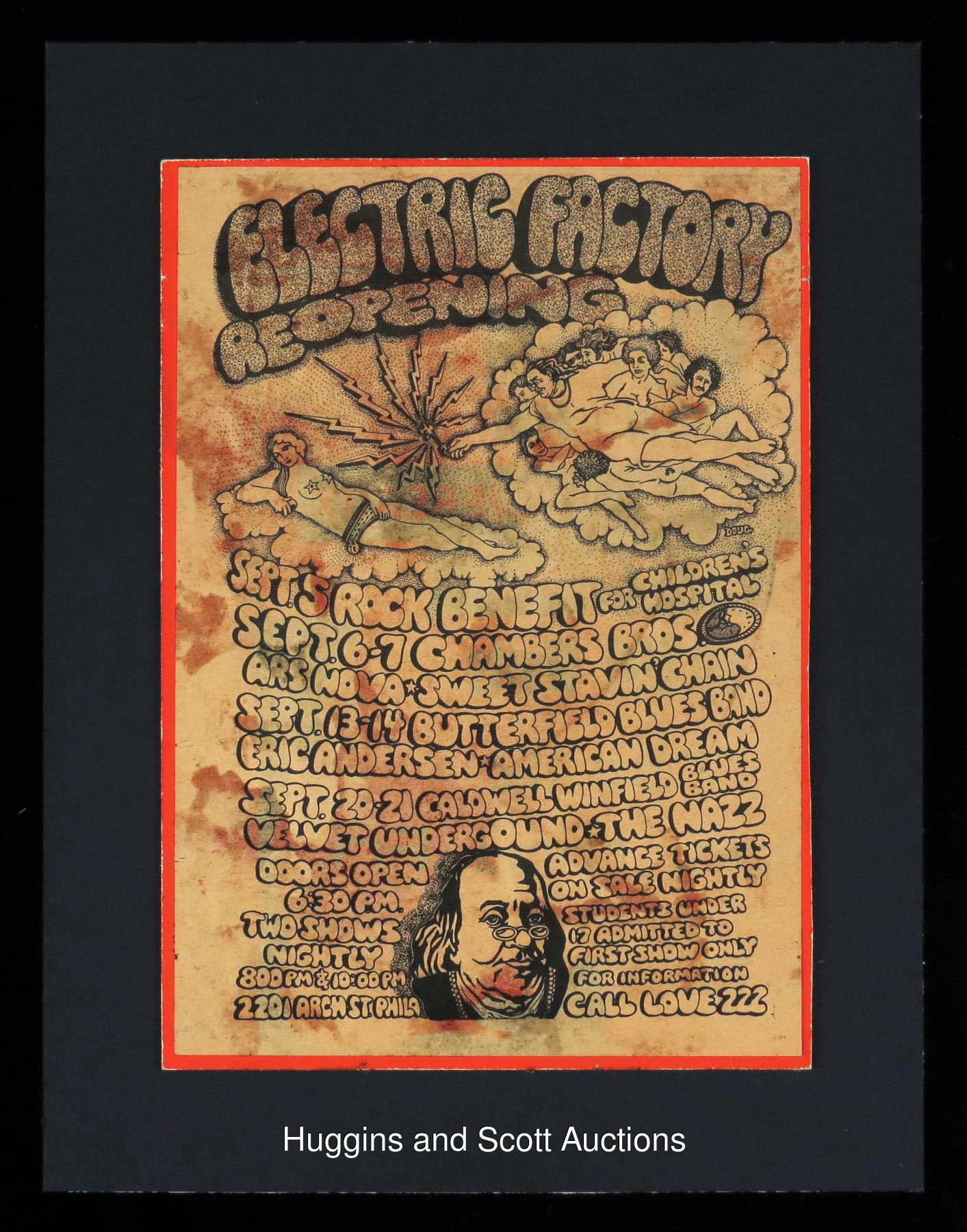 Talk about dueling pianos! Billy Joel and Elton John’s long-running “Face to Face” tours between 1994 and 2010 were one of the most successful concert collaborations in pop-music history. Little surprise that Electric Factory co-founder Larry Magid would have been in the mix, with direct personal access that landed him this incredible keepsake: a Benjamin Adams-brand piano bench with the silver-Sharpie, “10”-strength signatures, “Cheers! / Billy Joel” and “With love / Elton John.” Seat measures 13x31x4, and it stands 22″ high with the legs. Unused NM condition. Accompanied by an “Electrician” working pass from the 7/30/2009 Philadelphia show.

Continue Reading
You may also like...
Related Topics:auction, electric factory

Hawthornes Beer Cafe Presents 2nd Annual Great Cider and Beer Festival
The SkyLodge is Back for Another Season With Spiked Hot Chocolate and More!