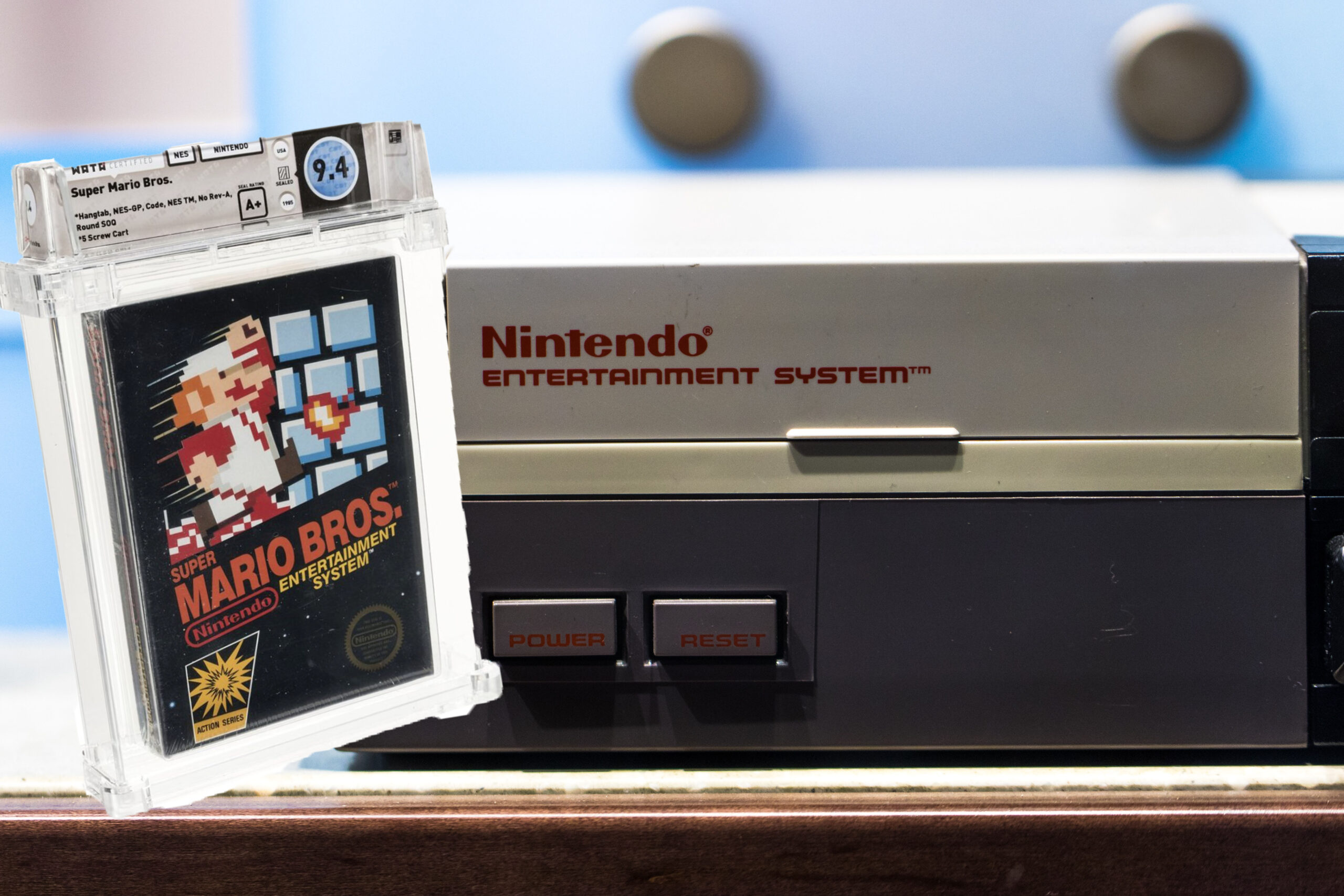 Do you remember in 40 Year Old Virgin when Andy wouldn’t open any of his toys.  Well, it looks like someone else was on the same page and it paid big dividends. A vintage unopened Mario Bros. game just sold for $114,000 in an auction!

As a kid I don’t think anyone had the foresight or will power to not open a Mario Game back in 1985 (if you were around then). However, the seller snagged a buyer who dished out the dough for the 1985 copy of the game.  Dallas-based Heritage Auctions hosted the auction which saw a previous bid of $110,150.

Another “heavyweight” NES game, Mike Tyson’s Punch-Out went for $50,400 at the same auction.  Perhaps it’s time to dig in the basement and unearth some old games we tossed to the side.  You might be sitting on a goldmine.

AMC, Cinemark and Regal Are Suing New Jersey Gov. Phil Murphy For Keeping Them Closed!
LeBron James and Adam Sandler are Shooting the Netflix Movie “Hustle” in Philly and are Hiring Help!