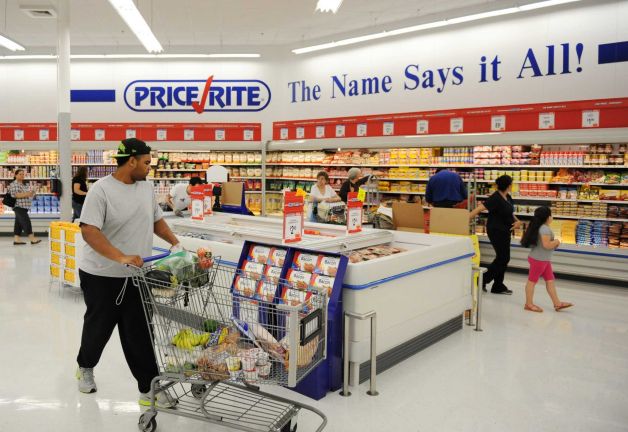 Yes you read that correctly.  The first new supermarket in 50 years just opened in Camden on Tuesday.  The PriceRite located at 2881 Mt. Ephraim Avenue, made history by opening its doors in a city that has seen its fair share of disparity.

Over the years the news coming out of Camden has been pretty grim from library closings to the police slashing its force, the city has been on a downward spiral for quite some time.  Although a grocery store doesn’t seem like a huge deal to most, city officials are hoping that it will serve as anchor for the city’s revitalization. Camden has been offering major tax break incentives to draw more businesses to the area.  One of the biggest names to take advantage has been the 76ers, as they plan to build a new practice facility along the Camden waterfront.

As for the PriceRite, the news of the grocery store has also given relief to healthcare professionals who have expressed concerns over the lack of fresh food access to Camden’s residents since Pathmark announced they would be closing the doors to their Camden market last year. It has been estimated that 33% of Camden’s residents live more than a mile from a large grocery store or market.

The current PriceRite will be approximately 43,000 square feet and has been noted to be larger than most other PriceRite stores but still smaller than the average grocery store nationwide.  To add more positive vibes to the city, PriceRite has also announced that they will be opening a second store in Camden in 2016, which will give the citizens of Camden two supermarkets to patronize, for the first time since 2013.