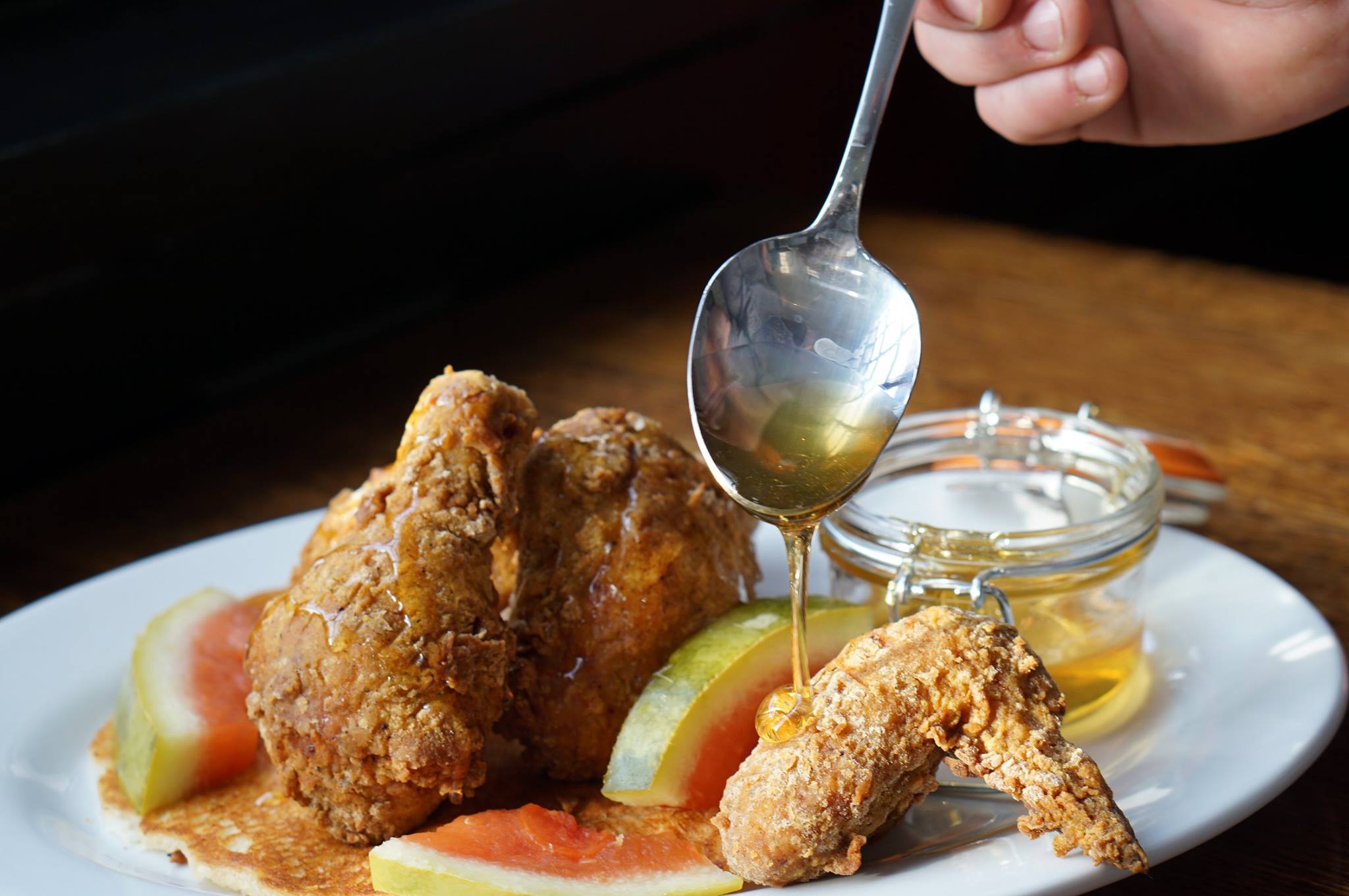 The huge space formerly occupied by Haru at the corner of 3rd and Chestnut Streets in Old City has a new tenant, and rest assured the cuisine is befitting of the grand atmosphere. The Little Lion, co-owned by Chris Younge (Devil’s Alley) and Jason Dills, blends casual and upscale with an inventive, Southern comfort food-inspired menu from chef Sean Ciccarone (Haru), who spent a lot of time down south and returned with some seriously good eats. Brian Quinn, who worked alongside Younge at Devil’s Alley, runs the drink program, which features 13 seasonal craft beers on tap, plus coffee and sangria. Yep, draught coffee and sangria.

The Wooderice team stopped in for a preview this past Wednesday night, before The Little Lion officially opened to the public on Thursday. While the menu is still being finalized, based on the buffet-style items we sampled, no one will ever leave hungry. Among the favorites: mac n’ cheese with stewed tomatoes, deliciously smoked wings that were perfectly crisp, savory fried chicken with clover honey, and pulled pork sliders with slaw. Even the brussel sprouts got scarfed down. 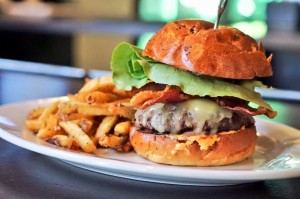 In terms of the layout, on the first floor is a spacious main dining room accented by 25-foot high ceilings and huge old-school windows. Continue on to the main bar, and then a chef’s table with a raw bar (definitely check out the shrimp program) and additional seating. A central staircase leads to an intimate lounge-style balcony and then a second-floor bar with TVs and more dining tables. The modern décor is accented with rustic touches throughout, a nod to the building’s history dating back to 1847. The name Little Lion is derived from Alexander Hamilton’s nickname, as Younge is a self-described history buff.

As for the beverages, there is a lot to like besides the nitrogenated draft system, which produces a creamier pour than standard CO2 taps (think Guinness). Quinn not only shakes up a mean cocktail, he designed the drink program with a focus on shrubs, an ode to how our forefathers preserved fruit before refrigeration. A personal favorite from our visit was the Lion’s Tea (bourbon, African nectar tea, brown sugar syrup, egg white).

Happy Hour starts this Monday and will run from 5 to 7 p.m. Monday through Friday. A brunch menu is also in the works.