Back to The Roots With New Album - &TYSYC - Wooder Ice 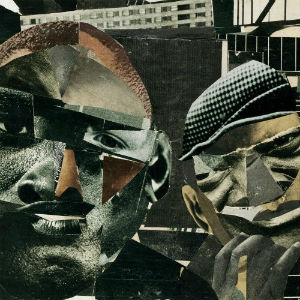 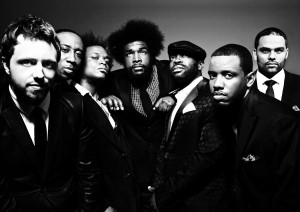 The Roots 13th studio LP …and then you shoot your cousin (&TYSYC) marks 21 years in the game for The Legendary Roots Crew. These Illadelph legends still don’t disappoint. Similar to Undun they once again chose to go the concept album route, meant to be listened to in one sitting at a little over 30 minutes in length.

Despite the short length, The Roots eclectic live instrumentation – ethereal pianos, blues inspired dark rhythms, hard hitting drums ( ala ?uestlove), and the conceptual lyrics depicting the stories and lives of the unnamed yet familiar hood figures – give this album lots of depth and repeatability. With each listen more is revealed.

For the hip hop purists and adult hip hoppers alike &TYSYC does much to satisfy your jones for an out of the box, against the grain musical experience delivered in a way only The Roots could do it. The album is definitely worth your time and money, but some may find themselves wishing Black Thought’s lyrical abilities weren’t contained by the conceptual character perspectives. As a lyricist Black Thought adapts his style well but the aggressive, battle ready wordplay Thought is known for is largely missing from this LP in favor of empathy inducing, storytelling lyrics; he is aided by emcees Dice Raw and Greg Porn among others.

If the release of The Roots new album &TYSYC says anything about this group that represents the 215, it’s that The Roots continue to be the hardest working band in music. Their music has stood the test of time in an industry that has seen many come and go during the span of The Roots career. Their ability to modify and change their style to create a fresh experience that is pleasing to fans 21 years later proves they haven’t lost a step since the move to late night TV.

Noteworthy tracks: When The People Cheer, and Understand

Jerry Rice Jr. to Try Out for the 49ers
Guy Mixes iPhone Ringtones Into a Sick Beat