Jerry Rice Jr. to Try Out for the 49ers - Wooder Ice 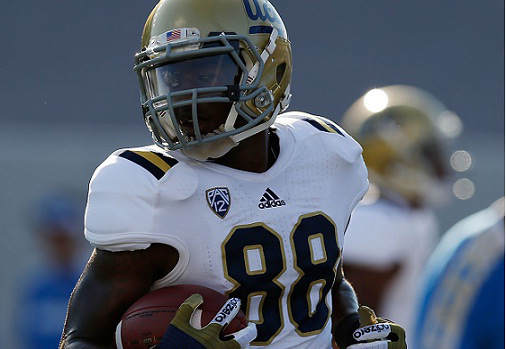 Jerry Rice is widely considered the greatest wide receiver of all time or GOAT for short.  Now his son Jerry Rice Jr. is looking to follow in his footsteps.  Jerry Jr. played four years at UCLA before transferring to UNLV where he caught 11 passes for 86 yards.

This past weekend Jr. tried out for the Ravens but they declined to sign him.  Jerry Jr. who stands at 5’11” and weighs in at 185 is smaller version of his father who stands at 6’2′”.  In a league that is foaming at the mouth for large body wide outs Jerry Jr. will have to overcompensate for his average frame.  He is hoping that this weekend an opportunity will come in the likes of the 49ers.  The tryouts will be from Friday to Sunday.