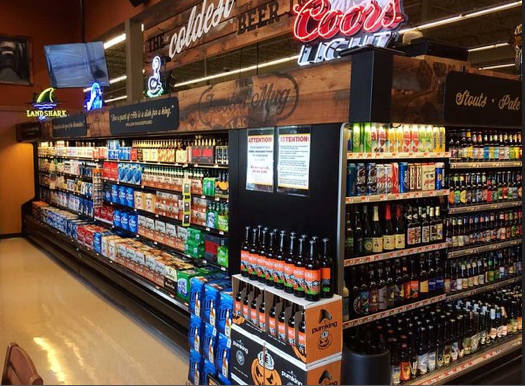 One of the biggest gripes of PA residents as well as visitors to the state have, are the conservative laws that hinder the sale of alcohol in convenience stores and supermarkets.  According to PA law places such as supermarkets are able to sell beer.  However, there must be a dine-in/sit-down area with the minimum of 30 seats.  The area must also be separate from the main store and all beer purchases must be made at a separate register then those used to buy groceries with a two six pack maximum purchase. 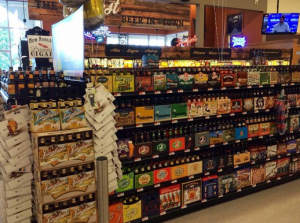 Acme in South Philly located on 19th and Oregon has recently implemented a beer shop within its store.  Acme is calling the newly designated area The Frosted Mug Café and will provided over 400 beer selections including an impressive array of craft beers. Customers can treat themselves to frosted mugs located inside a designated refrigerator to enjoy their brews, thus the name Frosted Mug. The café will also feature double sided refrigerators, TVs, and free Wi-Fi.  Like with most beer shops in town you can mix and match your six packs, which will run you about $11.99.  In addition the store is looking to add a growler station in the future.

Most supermarkets in the city do not offer beer because having a separate sit-down area simply takes up too much real estate.  Grocery stores within the city are typically smaller than those located in suburban areas making it difficult to create the space needed to satisfy the law’s demands.

Until the laws become more lax, it will be tough to see this trend continuing in the city.  For now South Philly residents can boast about having the coolest supermarket in town.