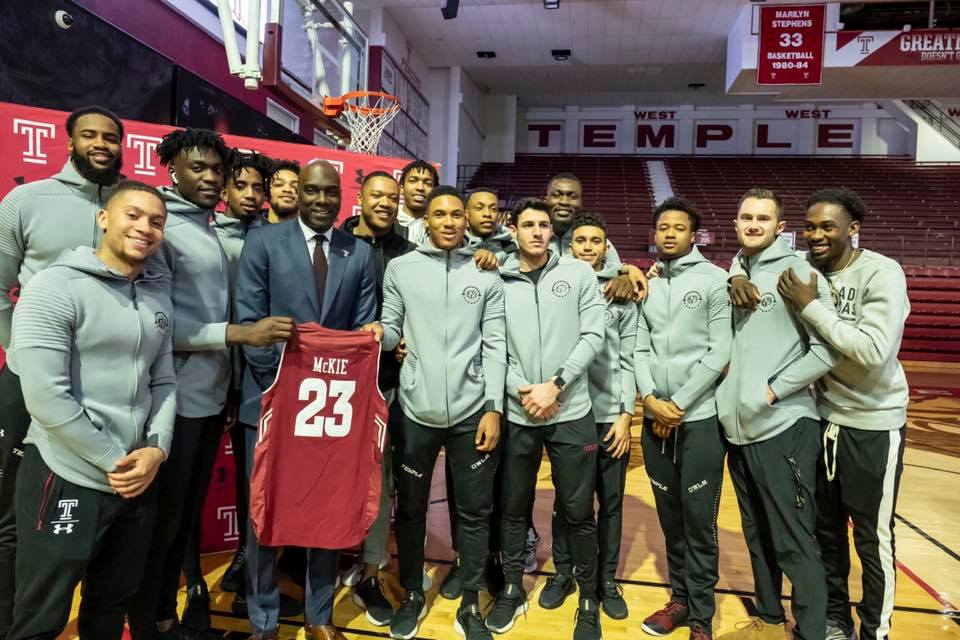 After the resignation of Fran Dunphy, rumor mill was already speculating that assistant coach Aaron McKie would be tapped to take the helm.  Now those speculations have turned into a confirmation as Temple announced that their very own alumnus will now take the wheel.

What better person to develop young promising ballers than someone that has already achieved the goal that they currently aspire to reach?  Aaron Mckie had a stellar college career. While hooping for the Owls Aaron tied for sixth on the school’s all-time scoring list with 1,650 points, averaging 17.9 points per game while starting all 92 games.

Born and raised in Philly, it was only right that Aaron adorned the Sixers uniform where he went on to have a solid NBA career.  During his time with the  76ers he averaged 7.7 points, 3.4 rebounds, 3.0 assists and 1.3 steals and eventually went on to earn a Sixth Man of the Year award.

Although he didn’t have Anfernee Hardaway’s impact in the league many have likened Aaron taking the ranks to Penny.  A NBA player with a cool and collective demeanor and a student of the game. It’s safe to say that many are looking forward to Aaron elevating Temple’s Mens Basketball program.

If Aaron McKie can work his magic in recruiting like he did on the court then there’s no doubt that the team’s future is looking extra bright!