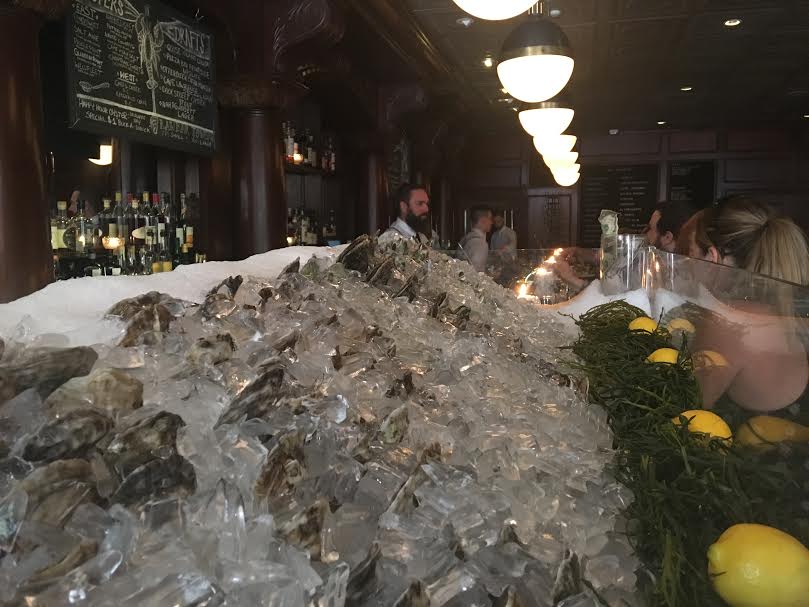 If you work or visit Center City during the week, particularly on Wednesdays, then you may be aware of the summer phenomenon known as Center City Sips.  Just about every restaurant in Center City offers deals on mixed drinks, beers, wines and appetizers to produce perhaps the best happy hour known to man.  However, not all happy hour goers are created equal.  Sure some people enjoy the blaring “top 40” music, crowded venues and running into everyone you swiped left on Tinder.  For the rest of us that enjoy a little bit more of a low-key setting, more food deals and not having to walk 6 city blocks to check the scenes at various spots, there’s great news.  The Old City District has created Old City Eats, which has become the signature event to this historic corridor of Philly.

Every Thursday from now until August 25th over 30 of Old City’s best restaurants and bars will be offering  hot deals and chill vibes.  Enjoy half off small plates, five dollar drink specials, off-menu dishes, seasonal cocktails and even chef collaborations for the most satisfying food tour in the city.  Not convinced yet?  Well we personally took a tour of Old City Eats and came up with 5 Reasons Why Old City Eats is a Better Option Than Sips.  Check it out…

Let’s Face it, Sips Can be Shit Show

Hey, I love all the places that participate in Sips.  It’s not the venues that have turned this event from a networkers wet dream into a quasi-college party scene with plenty of broey stigma in the air.  Sure there are still plenty of chill spots during Sips where you can knock down some well-drinks and domestic beers but the main attractions featuring DJs and roped off courtyards can be little much for those just looking for a pit stop before heading home. If this fits your steeze, Old City Eats has a wide-range of no-nonsense places where you can loosen your tie or for the ladies (switch from heels to those Nike cross trainers you keep in your purse) and enjoy your food and drinks without all the ra-ra.

So let’s say you do enjoy going to happy hours to meet someone.  Maybe you just want to flirt or possibly make a love connection.  Instead of having to worry about interns propping themselves up as big shot supervisors or someone puffing up their title to sound like they run the show at work, go for a more neighborhood vibe.  Several of those once popular lounges and clubs have now been converted to new must-try restaurants and bars that you may have been sleeping heavily on.

Sips is well, just that.  It’s all about the drinks.  The deal also throws in appetizers, so that you’re eating just enough to drink more.  Well if you’re looking for hardy portions, Old City Eats not only has half off small plates but they are also giving out deals to special off-menu dishes as well as special chef collaborations.  It’s like combining restaurant week with Sips.

Everything is a Block Away

Let’s say you want to try the best that Old City Eats has to offer. Well, you don’t have to travel far to get the full experience.  Every participant is within a 1 block radius which means you can eat and drink your way around Old City and try all of the latest spots you’ve been meaning to check out.  There’s a ton of talented chefs, legendary restaurants as well as a few newbies that will shock your palates.

Remember those days of puking on Bank St. after the let-outs back in the day?  2nd St. and Chestnut were strips of bars and clubs and it felt like the city converged here every weekend.  Well it’s safe to say those days are long gone.  A combination of no-nonsense residents and a shift in nightlife demographics has caused Old City to evolve.  Dance floors have now been converted into to dinning rooms where world class chefs are the new masters of ceremony.  If it’s been a while since you been down there, Old City Eats is probably the best way to re-discover this evolving section of town.  To help you get acquainted, below is a list of all of the participating restaurants.

The Plough and the Stars, 123 Chestnut Street

Where are My Night Owls At? Here’s a List of Every Bar Staying Open Until 4 am This Week
7 Things I’ve Learned as a Single Guy in Philly Without Tinder