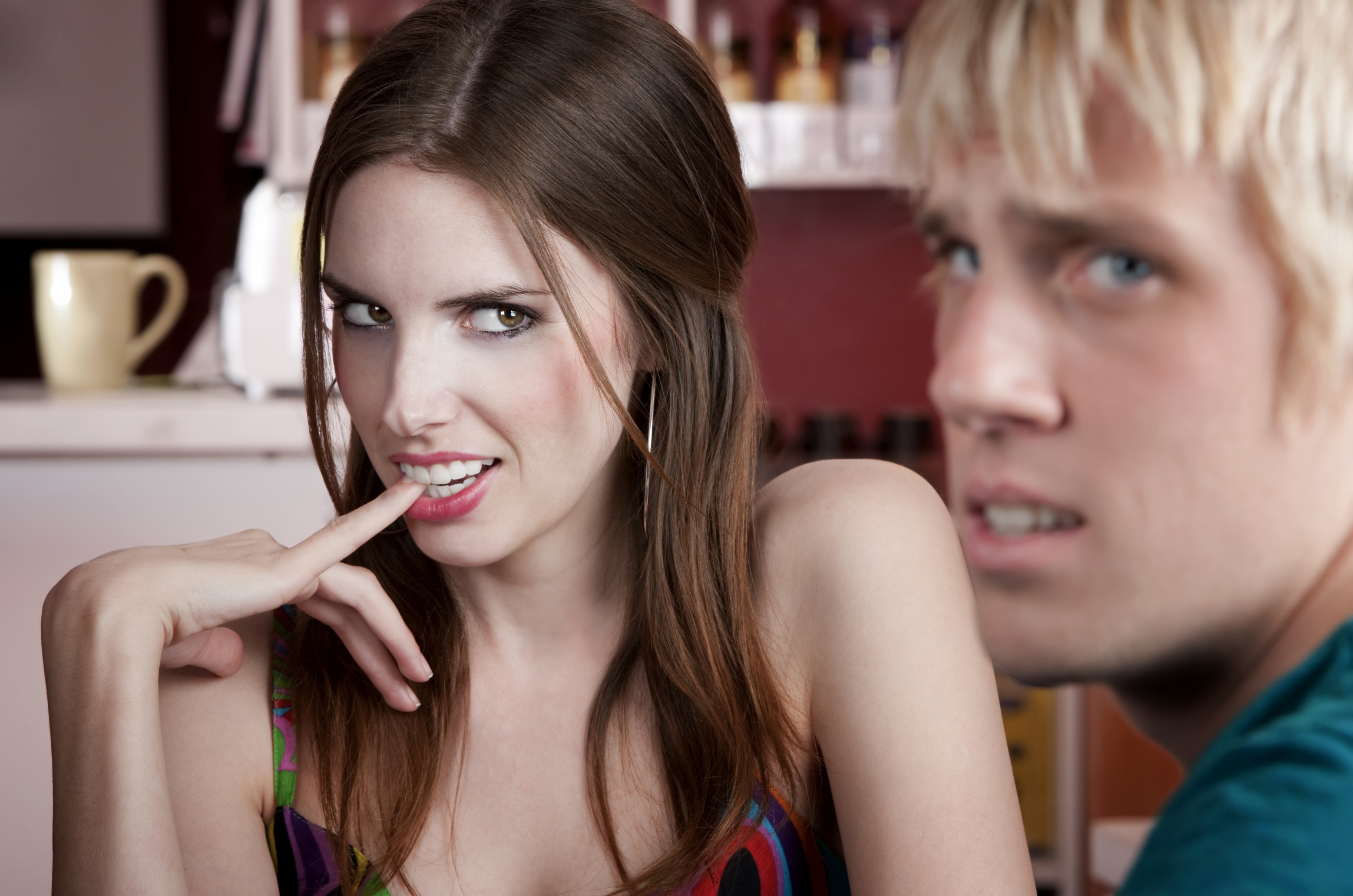 He Never Plans Anything

When a guy is into you he will take the initiative to plan things even if it’s something simple as hanging out. He’ll have the time, place, and movie picked out.  However, if you’re always the one that has to come up with plans or take the initiative, it just means he’s dragging his feet and his interest level is not peaked.  You’re more of a convenience of companionship and definitely not the one.

Remember back in high school being on the phone all night with your crush.  Well obviously text messages has kind of gotten in the way of that but there’s always room for voice calls.  Guys who are into you will make the extra effort to call and hear your voice.  Text messages lack the realness and personal connection phone calls have because when you’re on a call  you have his undivided attention.  Whereas a text messages allows him the opportunity to play Madden football and respond to you whenever he feels like it. Meaning you’re not the one.

So you’re with a guy for a little while and you start get comfortable and give him pet names.  You know the “bae, sweetie, baby, etc.”  Without realizing, these names are rolling off your tongue effortlessly.  However, go back and analyze what he says in response. If you’ve never heard him reciprocate these names it just means you guys are on different wave lengths.  While you’re trying to draw closer he’s building a wall to keep you at a distance because you ain’t the one.

Sure you may have been around his home when his boys dropped through but if you never been out grabbing brews or hanging with his boys there’s a reason.  Guys try not bring girls they are casually dating around their boys.  Sure his boys may know about you if the guy likes to brag about his sexual conquests but they don’t know really know you.  If you met the guy at the gym, to his boys you’re “the gym girl.”  So if you aren’t on a first name basis with the boys, you ain’t the one.

Flirts With Your Friends

This is the obvious no no here.  Some guys are just grimy and like to see how far they can go.  It’s not uncommon for some guys to try to use you to get to your friends.  Watch closely.  If a guy is quick to add your attractive friends on Facebook and Instagram and he is constantly liking their pics and commenting, he is looking for a weakness to make his move.  A man who is into you will not do anything to jeopardize what he has going.  So if your girls are getting more attention than you are, you’re not the one.

He’s Not Into the “Couple Things”

So you found a nice wine tasting class on Groupon or a paint night.  You know those nice things couples do.  So you bring it up to him and he’s hesitant or less than thrilled about it.  It’s because he doesn’t associate you with being the main squeeze.  He want’s to keep you in his comfort zone of convenient sex and occasional late night netflix marathons. Anything other than that is a out of the question because you ain’t the one.

You Don’t Have a Drawer or Toothbrush at His Spot

Depending on how long you’ve been seeing this guy, you might be staying over a lot.  As a woman you need your things and possible a nice change of clothes to be comfy in.  If you have spent a significant amount of time there and he hasn’t offered you drawer space or a place to put a toothbrush, it’s because that’s a step towards finality.  It’s almost a big of a deal as changing a Facebook relationship status. It’s a sign that he’s ready for you to start the process of being the one.  So if you don’t have any real estate in his home, you ain’t the one.

7 Signs a Girl Shows When She Doesn’t Think You’re The One
3 Budget Apps You Can’t Afford Not to Use
To Top
Get the Coolest Philly Events & News Emailed to you Every Week!