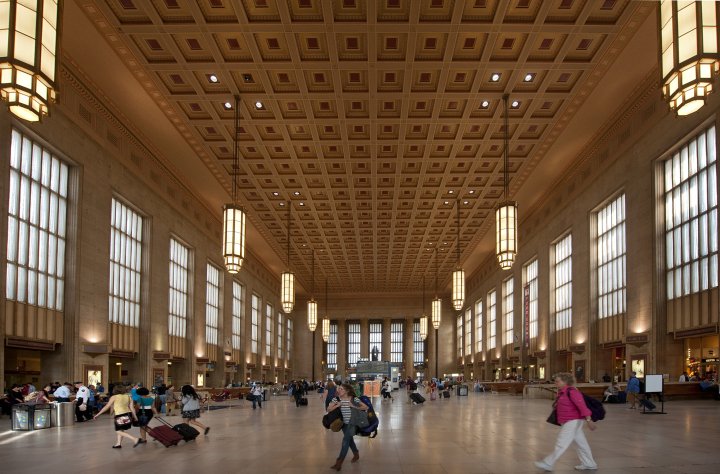 Some things in the Philly vocab just can’t be altered.  Words like Center City, Down the Shore, Water (Wooder) Ice, and 30th St. Station.  Well if the good folks at capital hill have their way, soon we will be stumbling over our words trying to correct ourselves to say, “William H. Gray III 30th Street Station.” Now say that three times fast.

A bill was introduced to rename the station and it passed yesterday in a voice vote.  Backed by  Philly native and U.S. Rep. Chaka Fattah (D., Pa.), the bill is meant to honor the late congressman William H. Gray III who represented Philadelphia during his tenure and helped secure millions of dollars in funds to renovate the station as well as becoming a trail blazer in the African American community. Among his accomplishments, the late congressman Gray was the first African American to chair the House Budget Committee as well as the first to serve as majority whip. It seems as though the entire Philadelphia political community is behind this bill as the entire Pennsylvania House delegation cosponsored the plan to rename the station.

Although the renaming is for a good cause and will honor a great man, it will be tough to alter the name we’ve all been accustomed to.  Even if the bill gets finalized many Philadelphians will respect the name change, but it will always be 30th St. Station.