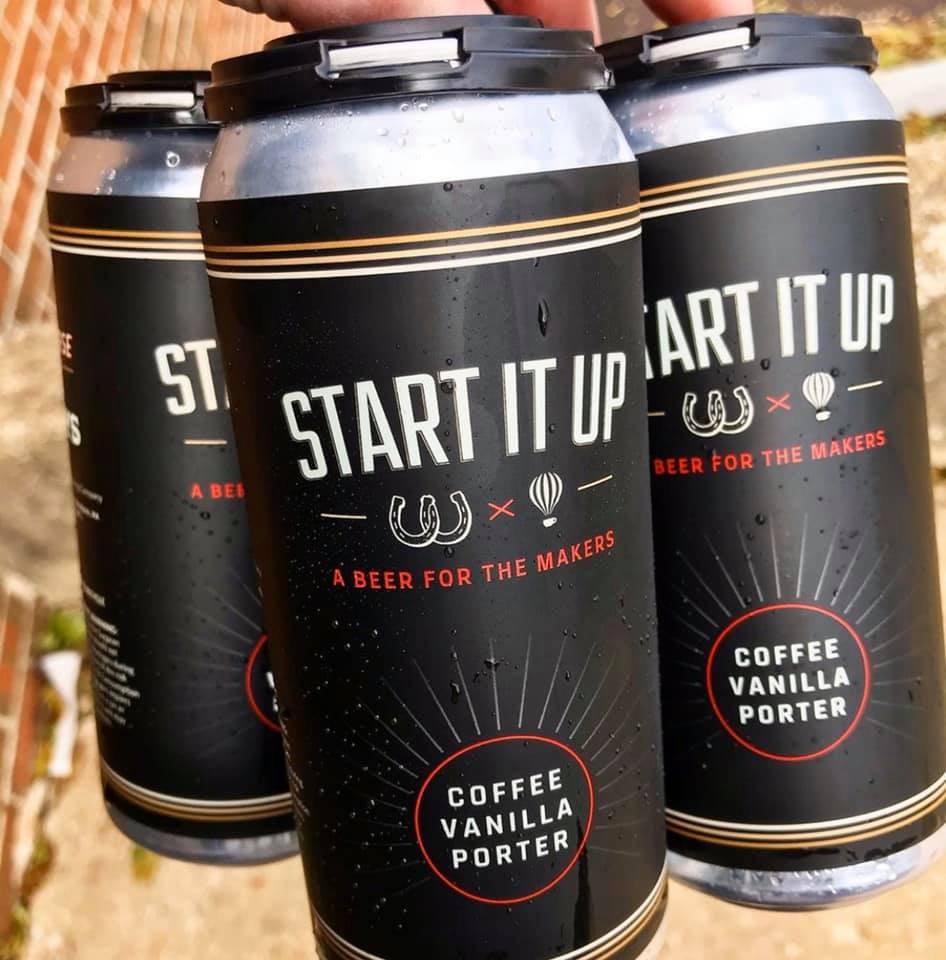 King of Prussia-based Workhorse Brewing Company and Saxbys, the coffee and hospitality company headquartered in Philadelphia, officially announced the launch of Start It Up—a coffee vanilla porter and “beer for the makers” that was created as a result of a collaborative partnership between the two start-ups. The new porter officially made its debut this past Monday.

Start It Up is a smooth, balanced porter that features a solid base of German Munich malt that blends harmoniously with richly roasted English grains. The introduction of Pep Talk – Saxbys lively and well-rounded medium roast – and real vanilla beans ensures a flavorful ale that is extremely balanced.

Both Workhorse and Saxbys are companies that value connection, perseverance and commitment to quality and have formed a partnership that embraces the start-up culture. Start It Up is a beer that celebrates the creativity, ingenuity and tireless work ethic of the start-up community.

“The start-up culture is reflective of entrepreneurial leadership and pursuit of the ‘daily grind’. These are the values that Philadelphia celebrates, embraces and embodies: hustle, perseverance and dedication,” said Dan Hershberg, Workhorse Brewing Co. Co-Founder and Chief Branding Officer. “Whether you’re starting the day off with a great cup of coffee or winding the day down by sharing a pint with friends, both have the ability to connect and inspire us, and a combination of the two seemed like a no-brainer.”

Dan Hershberg and Saxbys Founder & CEO Nick Bayer share more than accomplished entrepreneurial backgrounds and a passion for the “art of brewing” in their own right. Both Bayer and Hershberg attended Cornell University, lead successful beverage start-ups, are deep-rooted in the Philadelphia entrepreneurial community and are dedicated to growing businesses that give back to others.

Start It Up is produced out of the Workhorse Brewing Co. King of Prussia brewery facility and will be canned and packaged in 16 oz. cans available for purchase at dozens of locations throughout the greater Philadelphia area, including Frank A. Smith Beverage, Austins Beverage, the Elmwood Park Zoo and more. The beer will be featured
on draft in both Workhorse Taprooms (KoP and Center City), with a full list of retailers available online at workhorsebrewing.com.

Evil Genius Announces Debut of New Hard Seltzer Line with Retro 90s Flavors!
Over 20 Restaurants Will Take Over The Crystal Tea Room for the 12th Annual Taste of Philly!