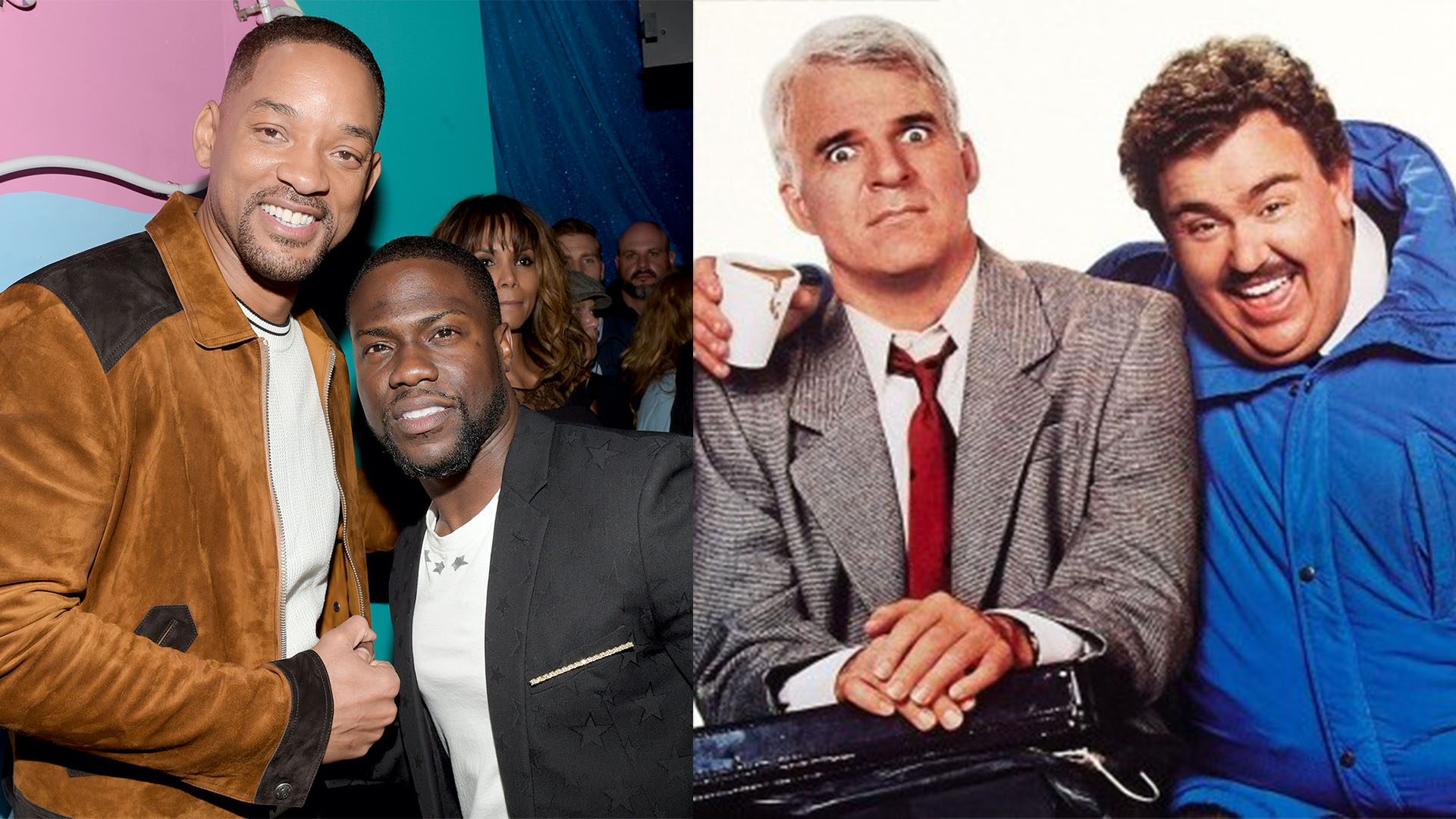 Will Smith & Kevin Hart Will Are Teaming-Up to Remake the Holiday Classic “Planes, Trains & Automobiles”

Will Smith & Kevin Hart Will Are Teaming-Up to Remake the Holiday Classic “Planes, Trains & Automobiles”

For the first time ever Philly legends Will Smith and Kevin Hart will team-up for a movie.  The duo will recreate the 1987 holiday classic “Planes, Trains & Automobiles.”

The original film starred Steve Martin and the late John Candy and was directed by John Hughes.  For those that never seen the movie (shame on you) it features Steve and John as a pair of mismatched businesses men looking to get home to Chicago to celebrate Thanksgiving. However, there are a few hitches along the way and the the two have quite the adventure.

The remake will follow along the same plot with the obvious modern twist.  Will and Kevin will look to get home to their families for the holidays while experiencing plenty of obstacles along the way.

According to Variety, “Hart’s HartBeat Productions and Smith’s Westbrook Studios are developing the remake. Aeysha Carr (“Brooklyn 99”) is set to pen the screenplay, marking her feature writing debut. Hart and Smith will produce the film alongside Westbrook Studios co-president and head of motion pictures Jon Mone and HartBeat’s president of film and television Bryan Smiley.”

Fox 29’s Alex Holley Goes Viral Then Dresses Up as Beyoncé!
Will Smith and the Cast of Fresh Prince of Bel-Air are Reuniting For Their 30th Anniversary on HBO Max!