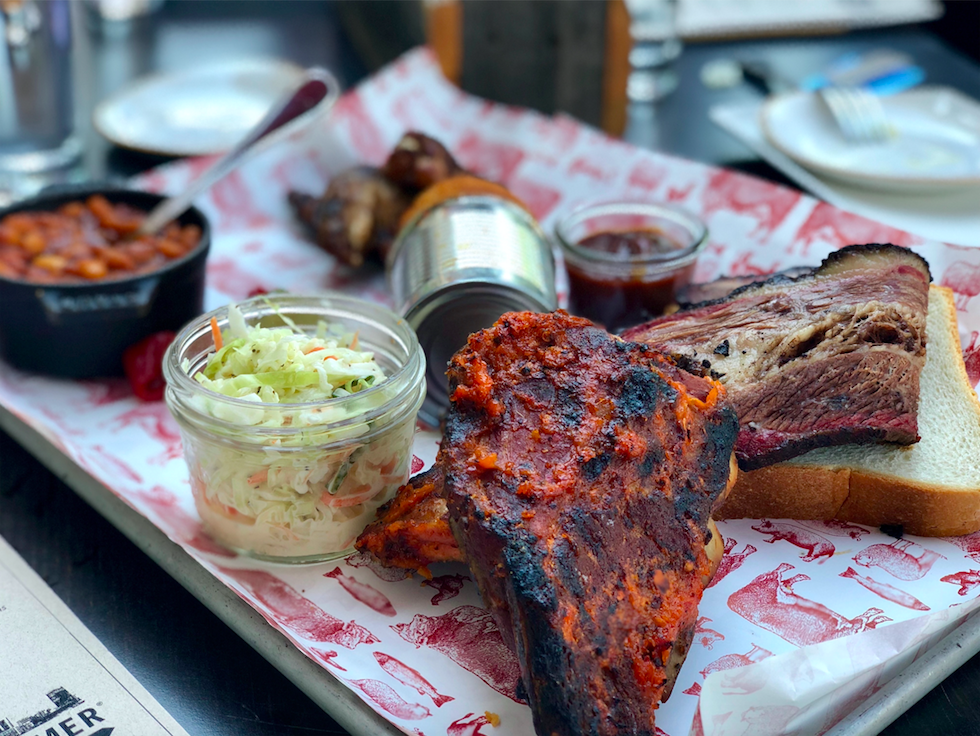 In celebration of National Barbecue Month, Urban Farmer, Philadelphia’s “rural chic” modern American steakhouse, is excited to announce the launch of Beer-B-Q, a weekly series in which Executive Chef Seth Petitt will team up with area craft brewers to create a collaborative BBQ menu featuring some of Pennsylvania’s favorite locally-made beers, kicking off Tuesday, May 22nd, 4-8 pm.

Every Tuesday through Labor Day, Chef Seth will team up with brewers from one of the region’s esteemed breweries for an evening of BBQ and beer on the Urban Farmer patio, overlooking Logan Circle and the beautiful Swann Memorial Fountain, boasting beer-focused BBQ dishes, brews from the featured brewery (including a beer cocktail), cornhole, and more.

“My ideal summer night is sipping a cold beer over the grill,” said Petitt. “When people ask what the secret ingredient is in my BBQ, the answer is always beer, especially locally-made brews – in marinades, mop sauces, etc. Our Beer-B-Q series is meant to be reminiscent of your summer family BBQs, but better… with a Philly twist and a great view!”

The full menu is available for $35 or two for $25. All of the barbecue bites will be served with corn bread, coleslaw, and stout & bacon beans.

Guests can pair their boozy BBQ with beers from the featured brewery. The Victory Brewing Company beers, include: Mighty Things Imperial IPA, Cage Radler and Summer Love. Pricing will vary. Bartenders will also be serving up a specialty beer cocktail, boasting one of the featured beers.

In addition to the BBQ menu, Urban Farmer’s bar menu will also be available during every Beer-B-Q, featuring ½ Shell Oysters ($3.75/each), The Farm Burger ($16), Charcuterie Board ($13), Smoked Chicken Sandwich ($14), and more, as well as a selection of draft beers, wines and cocktails.

The schedule for the first half of the series:

Say What? Joe’s Steaks is Teaming Up With Federal Donuts For a Donut Cheesesteak!
The Fishtown FestivAle is Back for Its 7th Year!