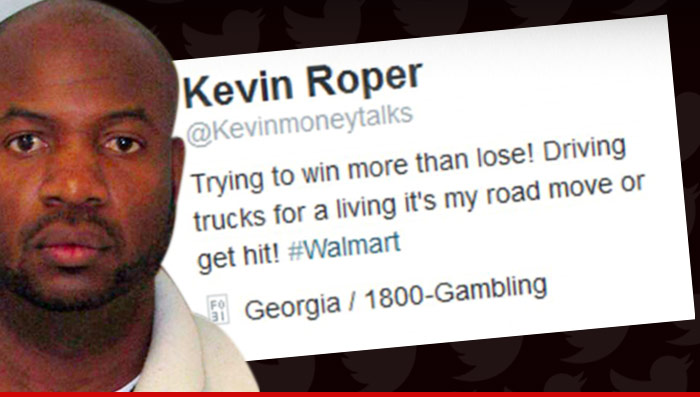 Wal-Mart truck driver Kevin Roper is the infamous man behind the wheel that  according to officials caused the accident that left several passengers including comedian Tracy Morgan critically injured and one person dead.  Since the accident reports have surfaced which claimed that Roper had no slept for 24 hours prior to the accident. According to law the legal drive time for truckers is 11 hours of driving with 10 hours of break thereafter.

Police officials stated that Roper had fallen asleep behind the wheel and suddenly awoke and tried to swerve to avoid slow moving traffic.  However, Mr. Roper ended up rear ending Tracy Morgan’s luxury limousine bus causing it to spin counter clockwise and flip over as well as crash into a second tractor trailer.  Roper, 35, has since been charged with vehicular homicide and assault by auto in the Saturday morning crash on the New Jersey Turnpike.

In the latest turn of events Roper as took to the social networking site twitter to defend himself and claim that he is being unfairly accused by the media and made into a scapegoat.  Below are his recent tweets defending himself and blaming the media.  Do you thing this move will hurt or harm his case? 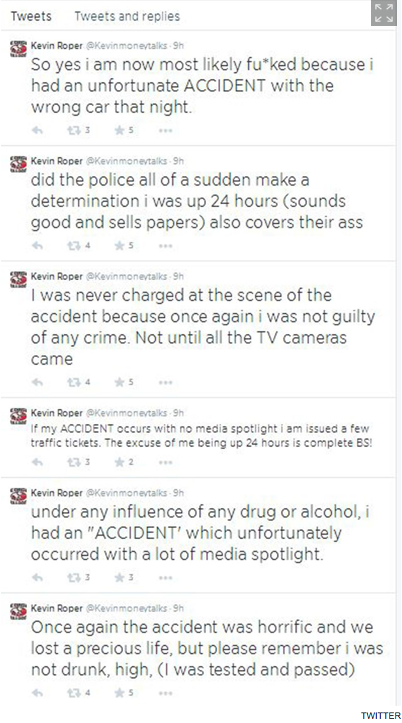