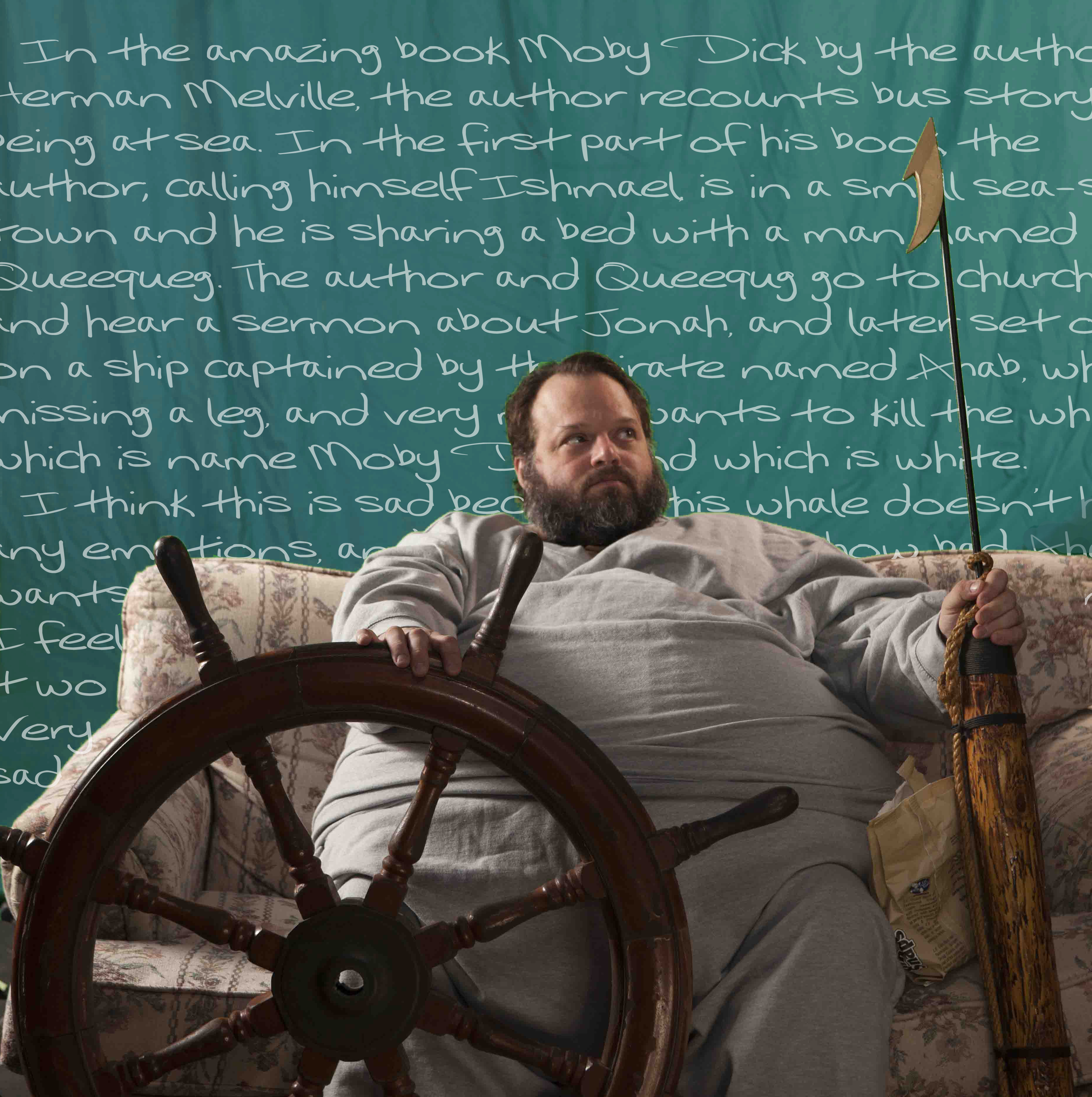 Following a sold-out and critically acclaimed start to their 18th season, Theatre Exile returns to present the Philadelphia premiere of The Whale by Samuel D. Hunter from February 5 to March 1, 2015 at Theatre Exile’s Studio X, 1340 S. 13th Street (13th and Reed Street). This big-hearted and darkly comic story is about a 600-pound man’s last chance for acceptance and redemption as he struggles to connect in the 21st century. Previews begin on Thursday, February 5, and opening night is Wednesday, February 11 at 8:00pm. Tickets are on sale now for $10.00 to $40.00 at www.theatreexile.org or by phone (215) 218-4022.

American playwright Samuel D. Hunter brings audiences to the edge of Mormon Country where they will meet Charlie, a 600-pound man who has let his couch and his self-imposed isolation nearly swallow him whole. Since the death of his partner, Charlie has beached himself inside his tiny apartment where he spends his days tutoring students online, enjoying the pleasures of gay porn and eating himself to death. Charlie unexpectedly tries to reconnect with his long-estranged daughter only to find himself avoiding harpoons she, and others in his life, thrust his way. Championed by the Associated Press as “Compelling, funny, and unexpectedly impactful,” This away winning story explores redemption and of finding beauty in the most unexpected of places.

“The Whale is a natural piece for Theatre Exile because it catches the nuances of our humanity in the most difficult of times,” said Exile Producing Artistic Director Deborah Block. The story illuminates Charlie’s beautiful humanity in a time when he struggles to find himself. He works to connect with those around him despite obstacles thrown in his way – by himself and others. The characters are so flawed and dysfunctional; yet it is through those flaws and the most unlikely of circumstances that the most unlikely of families form.

The Whale is directed by Theatre Exile’s Associate Artistic Director Matt Pfeiffer. Scott Greer, an Exile favorite that has teamed up with Pfeiffer in Exile’s North of the Boulevard and Shining City, plays the main character Charlie. Greer will be fitted with a specially designed costume by Costume Designer Alison Roberts. The final costume will take Greer at least an hour to put on for each performance, and is primed to be one of the most memorable images in recent times on a Philadelphia stage. Greer’s performance in The Whale follows another transformational role where he portrayed Valere in the critically acclaimed La Bête at Arden Theatre Company.

Thom Weaver (scenic and lighting designer), Christopher Colucci (composer and sound designer) and Alice Yorke (prop designer) return to Theatre Exile to bring to life Charlie’s tiny apartment encased within a nautical set where Charlie will be set adrift. Set, lighting, sound and props will add immersive elements that play homage to themes from Moby Dick and Jonah and the Whale.

The intimate Studio X seating plot will also take an unexpected shape to allow for Greer to have a special dressing room. Greer will himself be prisoner to the stage before each show, as the enormity of his costume won’t fit through the aisles or doors of Studio X. The length-wise seating will also give audience members an up-close-and-personal view of Charlie’s couch as it rides the waves to the last act.

Continue Reading
You may also like...
Related Topics:acting, events, lifestyle, play, the while, theatre exile

Sunday is the Last Day to get Free Beer at the Winterfest Brewfest!
5 Fun Philly Group Activities You Should Be Doing With Your Friends