The Plan for a New 76ers Arena at Penn's Landing Has Been Nixed! Here's What Will Be Built Instead! - Wooder Ice 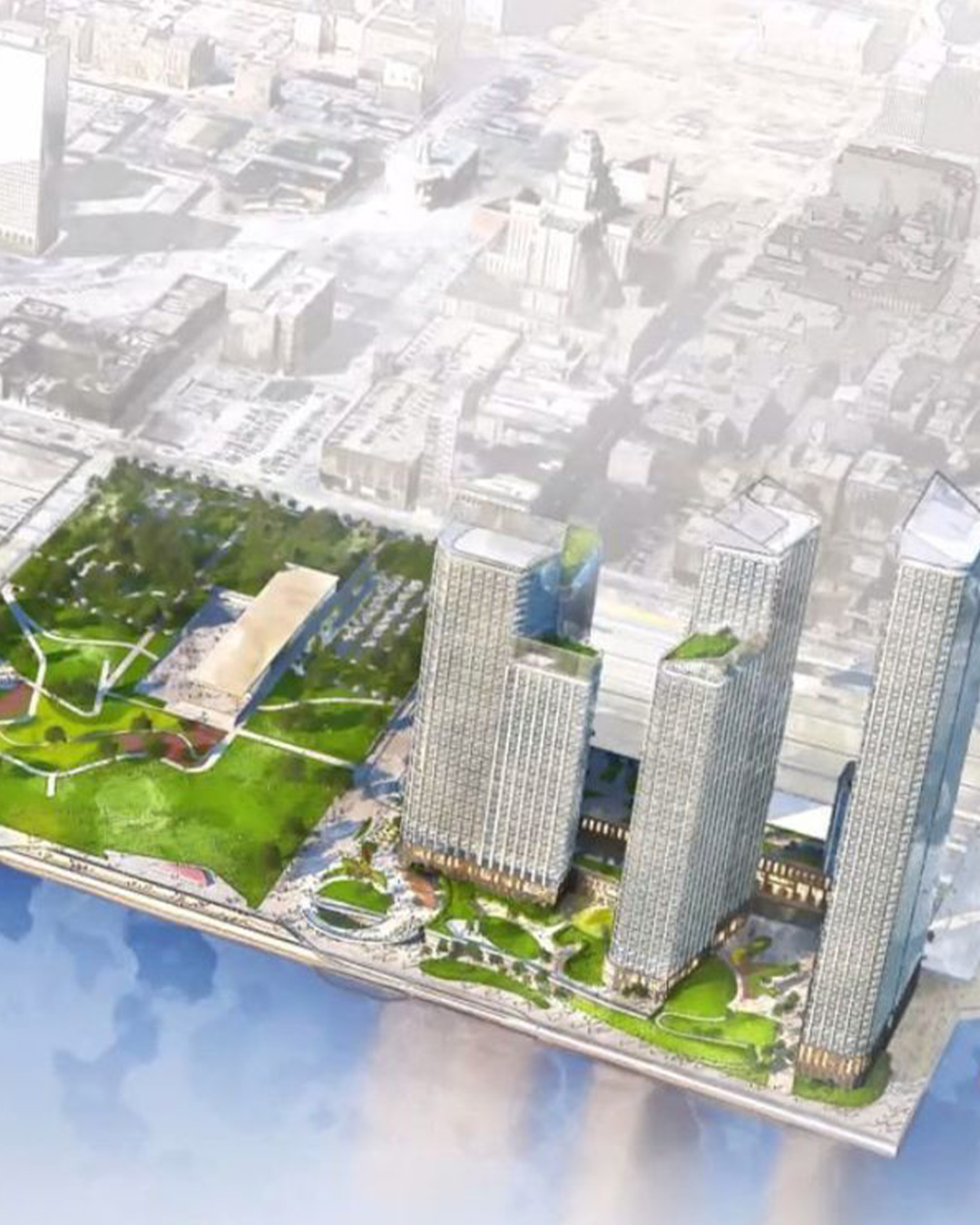 The Plan for a New 76ers Arena at Penn’s Landing Has Been Nixed! Here’s What Will Be Built Instead!

Feature Image via The Durst Organiztion

The Plan for a New 76ers Arena at Penn’s Landing Has Been Nixed! Here’s What Will Be Built Instead!

Recently we shared the news that the Philadelphia 76ers submitted plans to build a new arena at Penn’s Landing.  The response to those plans were overwhelming negative.  It seems just about everyone that commented was in opposition to the arena.  The city may have heard your complaints because the New York-based Durst Organization has been selected to redevelop this stretch of land along the waterfront.

If the name sounds familiar then you may remember when we first reported when The Durst Organization purchased parcels on the riverfront back in 2018.  The Durst Organization which has One World Center and four Time Square buildings in their portfolio, purchased an assemblage of piers along the Delaware River for $21.4 million.  This caused a bit of a stir because it meant that the popular event space Festival Pier had to be shut down for good and Dave & Busters will eventually have to relocate.  That deal was also The Durst Organization’s first ever acquisition outside of New York.

So what does this New York firm have planned for Penn’s Landing? Below is the breakdown.

A row of six high-rise buildings between Market and Chestnut Streets with a grassy plaza.  The Buildings will include:

The current use of the soon-to-be developed parcels  between Market and Chestnut has been the home of the Blue Cross RiverRink along with the adjacent parking lot between Spruce and Lombard. This area has been a staple of Philly summers for a quite some time and will take a lot of smoothing over.  DRWC president Joe Forkin stated that they will start their “community engagement” process once the formal agreement with Durst is signed.