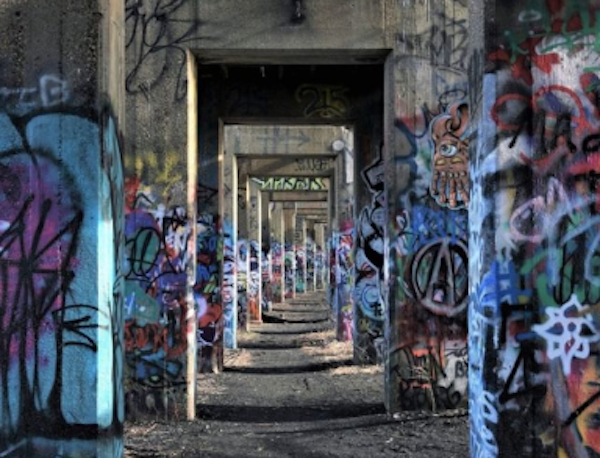 What was probably the most popular place for photoshoots was shut down last year citing safety concerns.  That’s right I am talking about Graffiti Pier.  Just about every I.G model in the 215 has done a shoot that most likely graced your timeline.  Now it looks like Graffiti Pier will make a comeback but minus the graffiti.  Current property owners Conrail just announced that they have struck a deal with the Delaware River Waterfront Corporation, making DRWC the new property owners.

With this change in ownership comes big plans.  The DRWC plans to revamp what is Pier 18 into a public park.  “Graffiti Pier is next in a series of high-quality public spaces to define Philadelphia’s waterfront,” said DRWC president Joe Forkin in a statement, “and we are excited to work with the community and other stakeholders to make this a reality.”

No exact details were given on the cost or even a timeline but expect things to happen rather quickly.  The Delaware River Waterfront Corporation is a nonprofit entity that has been progressively making the waterfront much more appealing.  In fact their mission is to create a public park every half-mile along the Delaware. So far they have established Race Street Pier, Spruce Street Harbor Park and Cherry St. Pier.

If the new Graffiti Park plans is anything like the current ones being operated by the DRWC, expect some commerce, eateries and plenty of entertainment.  Mayor Kenney chimed in with his thoughts on the new plans stating, “this sends a strong statement that we value the dynamic cultural impact.”   We’ll be sure to keep you updated on the upcoming plans as soon as they are released.

Pizzadelphia is the Biggest Pizza Festival in the Region and It’s Going Down This Weekend!
Art Star Pop-Up Market Coming to The Bourse!