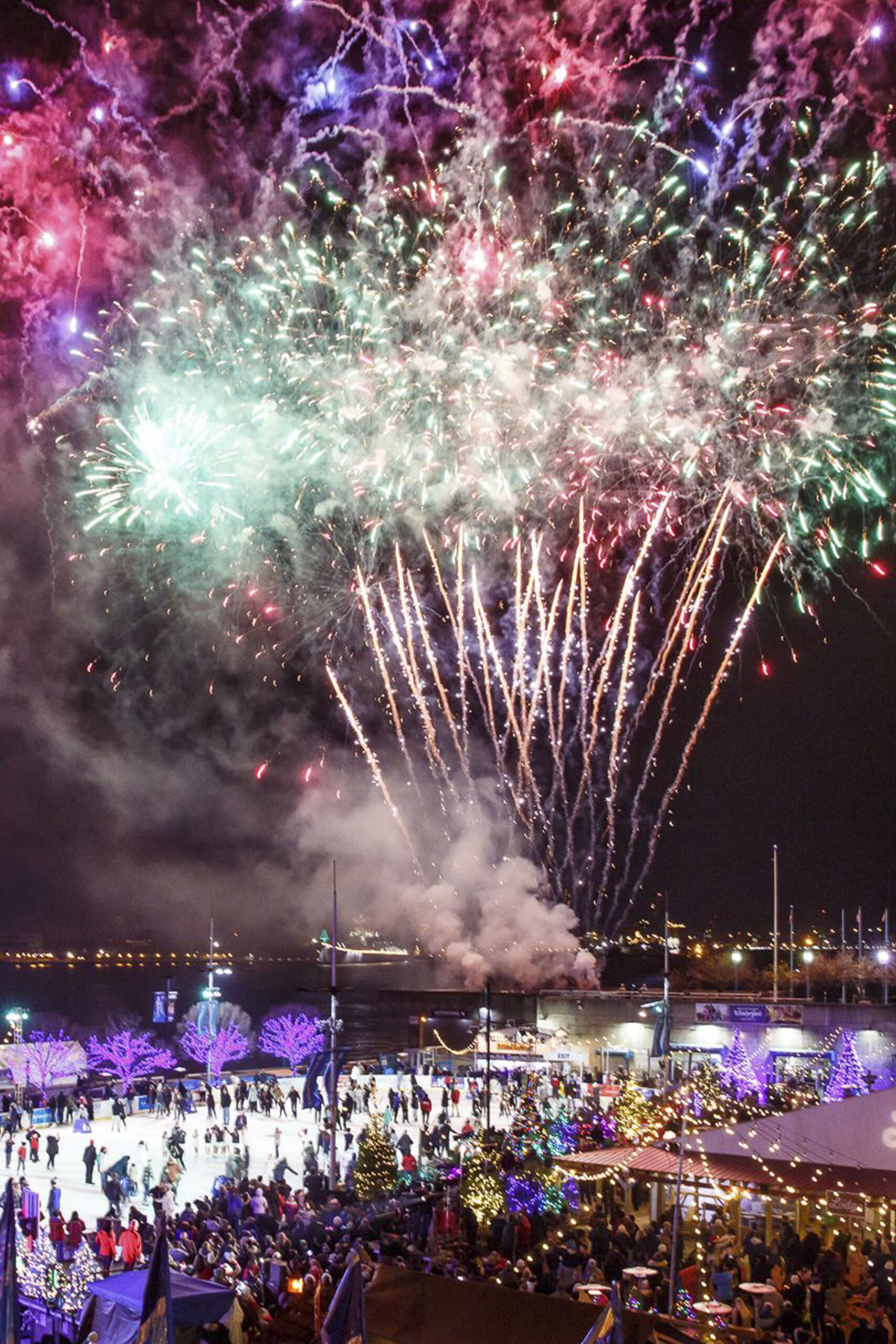 The Delaware River Waterfront Corporation (DRWC) is kicking the warm weather season into high gear beginning Memorial Day Weekend, and the theme for the weekend is certainly lighting up the sky.

Locals and visitors will be enchanted by the new look of Spruce Street Harbor Park’s iconic lights, which will wash the canopy of trees around the park with colorful light. New light bars are attached to over 60 trees in the park, using sensor technology that allows for an expansive interactive platform that can be re-programmed and re-configured as needed.

And on Saturday, May 28, DRWC and VISIT PHILADELPHIA will light up the sky with VISIT PHILADELPHIA’S Kickoff-to-Summer Fireworks Show at Penn’s Landing. The evening will begin with a 90-minute performance by the 78th Army Band’s Liberty Vibes on the Great Plaza from 8:00pm to 9:30pm. The fireworks spectacular will begin promptly at 9:30pm.

With the new Delaware River Trail complete, it is now easier than ever to arrive at the Waterfront by foot or by bicycle. Spend a full day and evening along the waterfront, hopping from park to park or soaking in the amazing views. Memorial Day Weekend is the official kickoff to the summer season, with hundreds of free events, concerts, markets, and activities lined up from Race Street Pier, the Great Plaza at Penn’s Landing and Cherry Street Pier, to Blue Cross RiverRink Summerfest, Spruce Street Harbor Park and beyond. Here is everything you need to know:

● Wellness on the Waterfront is back thanks to continued support from Independence Blue Cross. Three Queens Yoga will curate three free fitness classes a week, Mondays at 6:00pm, Thursdays at 6:00pm and Sundays at 10:00am. This program will run Memorial Day through Labor Day. *All classes are RAIN OR SHINE, with Cherry Street Pier standing by as a rain location.

● The PECO Multicultural Series makes its return to the waterfront! DRWC will host a variety of cultural festivals from June through October highlighting Philadelphia’s diversity. This year’s festivals include:

● Makers Markets featuring local craftspeople on the first, third, and fourth Saturdays of the month through September.

● Global Craft Market with The Welcoming Center on the second Saturday of the month through September.

● Every Sunday (Memorial Day Weekend through Labor Day Weekend) from 2-4pm Spruce Street Harbor Park will offer a rotating calendar of free Family Friendly events. Each week will be something new and could feature live music, circus performances, crafts, and interactive workshops.

Continue Reading
You may also like...
Related Topics:delaware river waterfront, penn's landing, things to do in philly, Top Page Posts

The Oval on The Parkway is Hosting “Love From Philly,” Featuring Live Music, Indie Films, Food Trucks, Pop-Ups and More
Chickie’s and Pete’s is Paying Everyone’s Tolls and Handing Out Crab Fries For Free Toll Friday on the AC Expressway