The Phillie Phanatic Will Be Banned if Baseball Resumes This Year! - Wooder Ice 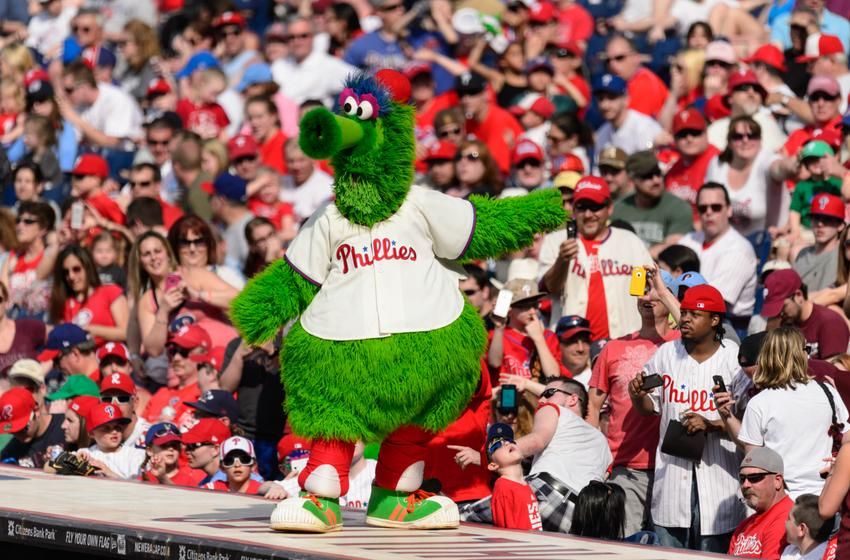 The Phillie Phanatic Will Be Banned if Baseball Resumes This Year!

The Phillie Phanatic Will Be Banned if Baseball Resumes This Year!

Major League Baseball is drafting up new measures to try and salvage the 2020 season. In response to the Coronavirus that already sidelined the NBA, MLB is taking drastic measures to curve the pandemic from spiking.  One of these measures is getting rid of all mascots. That’s right the Phillie Phanatic will be banned from Citizens Bank Park if the season does get underway.

In addition to eighty-sixing mascots, MLB will also encourage all players to arrive to the stadium in uniform.  That’s right Citizens Bank Park will look more like Williamstown with players coming to the park suited up like the little league.   This is to curve showering at ballparks.  In addition team personal will be banned from eating at restaurants on  away games.

Other nuances that will be missing this year include the traditional exchange of lineup cards  along with high-fives, fist bumps, as well as bat boys and girls, according to a 67-page draft of Major League Baseball’s proposed 2020 Operations Manual.  MLB sent a a copy of the manual to all 30 teams. The guidelines, first reported by The Athletic, are subject to negotiation with the players’ association.

The manual also states that “spitting is prohibited along with water jugs and the use of saunas, steam rooms, pools and cryotherapy chambers. Hitting in indoor cages is discouraged, batting gloves encouraged.”

During battering practice pitchers are encouraged to wear masks.  In the dugout the phone will be rutuinely disinfected.  Other drastic measures that will tough to enforce are “players may not touch their face to give signs, and they’re not allowed to lick their fingers. Teams are encouraged to hold meetings outdoors, players spread apart.”

Among the road trip changes:

—Use of Uber, subways and public buses is banned.

—Private airports encouraged and if not available, teams are to use private aviation facilities to board and exit.

—Transportation Security Administration screen should take place at ballparks if it can be arranged.

—Lower floors are to be used if possible at hotels, so stairs can be used instead of elevators, and private areas arranged for entrances, exits and check-in.

—Six staggered bus trips will be scheduled to and from the ballpark.

As for the fans , there will be empty seats near the dugout to maintain social distancing.Everyone must keep their distance during “The Star-Spangled Banner” and “God Bless America,”

Fielders are “encouraged to retreat several steps away from the baserunner” between pitches. First and third base coaches are not to approach baserunners or umpires, and players should not socialize with opponents.

Teams were asked to respond with their suggested input by May 22. The protocols were written by MLB senior vice presidents Patrick Houlihan, Bryan Seeley and Chris Young, and vice president Jon Coyles.

After 37 Years The NBA Will Be Making the Switch From Spalding To Wilson
The 1985 Jordan Shoe Just Broke the Record for Most Anyone’s Ever Paid for a Sneaker
To Top
Get the Coolest Philly Events & News Emailed to you Every Week!