The Philadelphia Union is Hosting a Contest and the Winner Will Spend the Night in a Luxury Stadium Suite & a Shopping Spree! - Wooder Ice 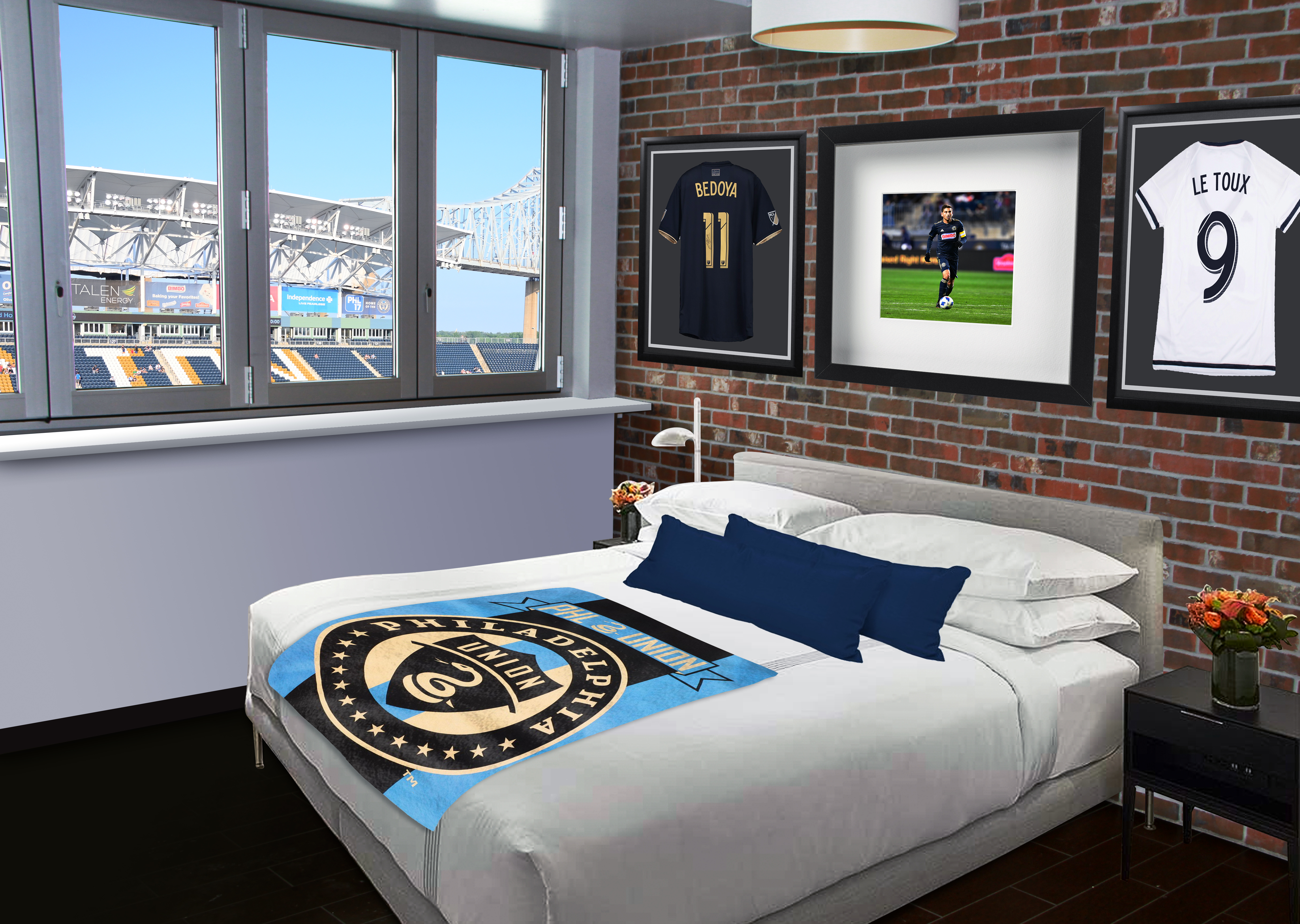 The Philadelphia Union is Hosting a Contest and the Winner Will Spend the Night in a Luxury Stadium Suite & a Shopping Spree!

The Philadelphia Union is Hosting a Contest and the Winner Will Spend the Night in a Luxury Stadium Suite & a Shopping Spree!

Philadelphia Union today announced the “Union Stadium Suite Contest,” in which two ultimate sports fans will win a stay in a luxury suite at Talen Energy Stadium when the Union takes on Atlanta United FC on Aug. 31.

Designed by QA Interiors’ Kendall Le Toux with help from husband and former Union player Sébastien Le Toux, the suite will provide all of the comforts of home at Talen Energy Stadium including a Sleep Number® bed, Union memorabilia, and plenty of food and drinks. In addition to five-star accommodations, the winners will receive VIP treatment with a shopping spree in the Union shop, meet-and-greets with the team, plus a movie of their choice on the videoboard after taking in a fireworks show on the field.

The suite winner will receive:

To enter, fans can visit the Philadelphia Union Twitter, Instagram, or Facebook page to enter or visit https://www.philadelphiaunion.com/marketing/stadium-suite-contest to explain why they or a family member deserves to win. The contest will close on Aug. 9 at 4 p.m. ET. The top five finalists will be voted on during the week of Aug. 12 with the final winner announced on Aug. 16.

CITY WINERY PHILADELPHIA ANNOUNCES ITS INAUGURAL FALL LIVE MUSIC SCHEDULE
The Bourse is Transforming into “The Bourse Beer Hall” for one-day only!