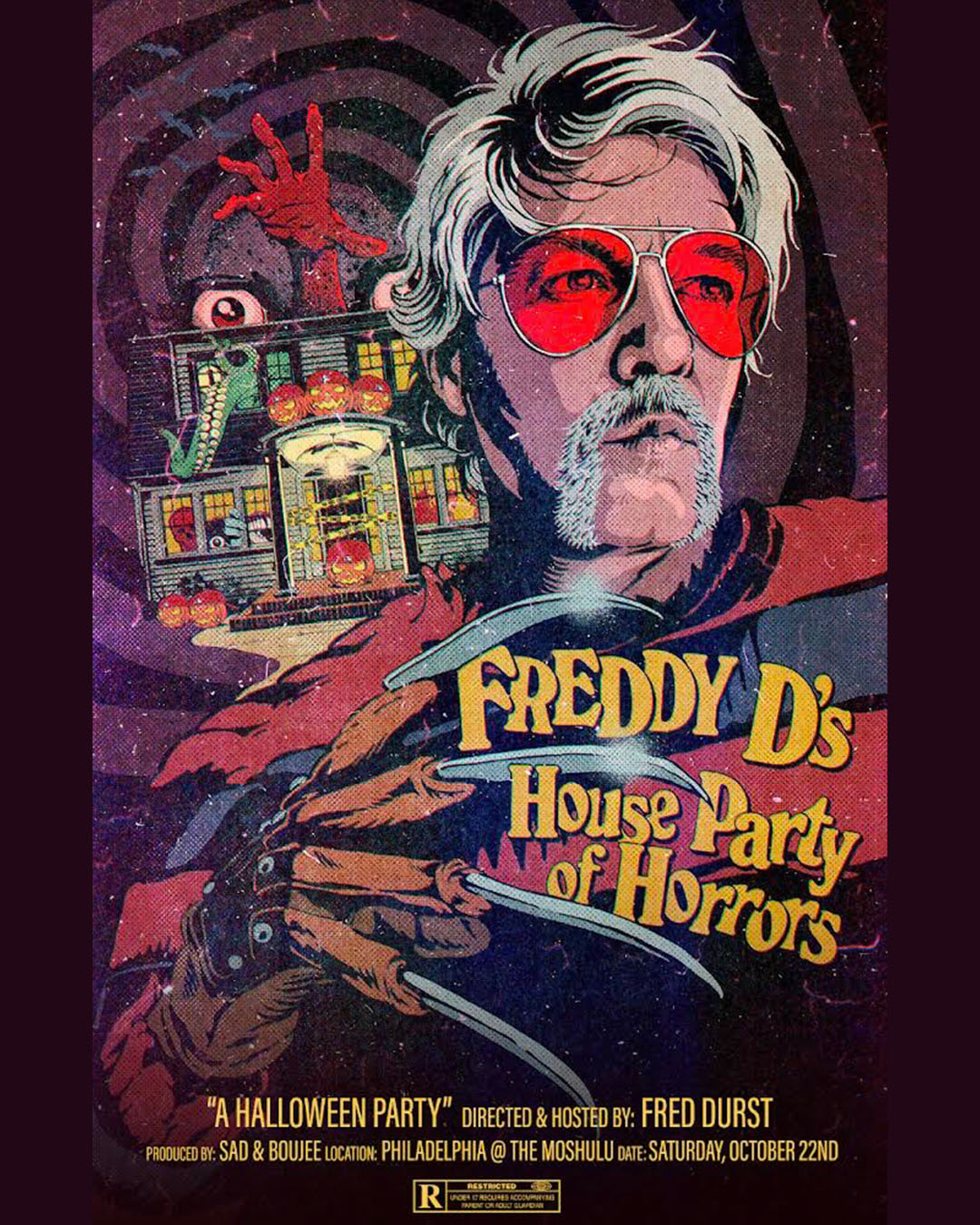 Philly party promoters Sad & Boujee are back with a special Halloween party and this time they are bringing out a special guest. Limp Bizkit’s Fred Durst will be hosting the upcoming Freddy D’s House Party of Horrors onboard the Moshulu (401 S Christopher Columbus Blvd.) on October 22nd.

“Fred could have done this event anywhere across the country but extremely happy to partner with him on this and bring House Party of Horrors to Philadelphia. If you’ve been to a Sad & Boujee party in Philly in the past, the soundtrack will be different then what your used to with a 90s & 2000s loaded playlist with Halloween classics,” states promoter Sean Salm

So how did this unexpected collab come about? “Me and Fred have been tossing the idea around how we could collab and do something special. We tossed around several ideas but the concept of hosting a Halloween party just made so much sense. Limp Bizkit just released their “Still Sucks” record last Halloween and Fred is no stranger to costumes. I approached artist Billy Butcher who just did all the artwork for recent season 4 of Stranger Things with the idea and nailed our vision. House Party of Horrors was born and ready to set sail,” Sean adds.

So far early bird tickets are sold out but there are still limited number of general admission tickets available as well as VIP tickets which includes a two hour open. Tickets are available here.

The Discovery Center is Offering a Day of Free Ziplining, Rock Climbing, Canoeing and More
The Eagles and Pepsi Linked Up to Combine Music and Art for the Official Gameday Poster Playlist