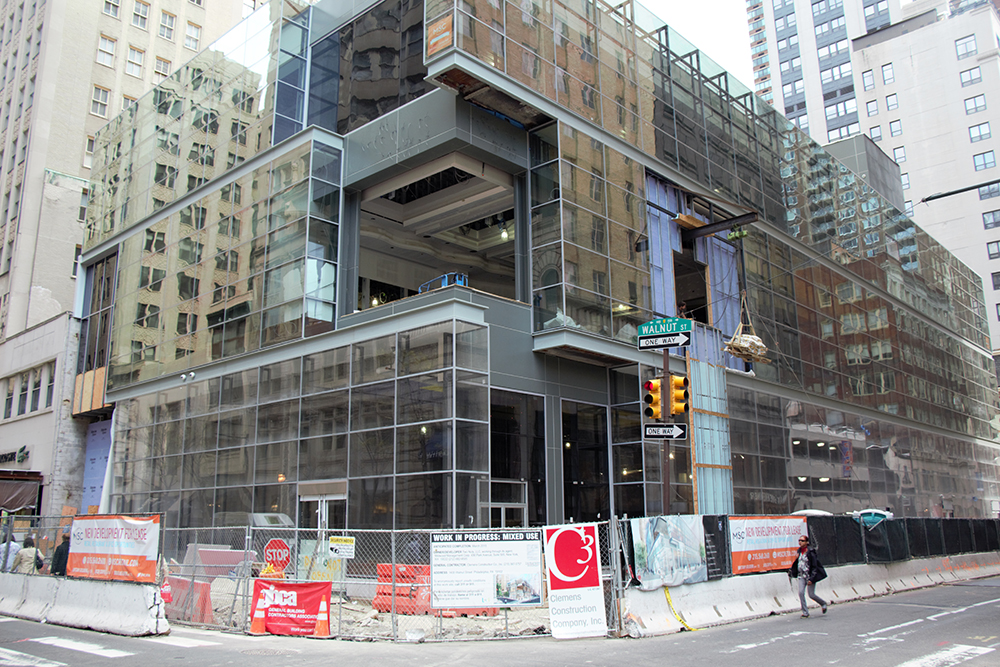 Depending on which side of the spectrum you’re on, you’re either really excited about the opening of the Center City Cheesecake Factory or could careless. The highly publicized Cheesecake Factory has divided the local foodie community between the staunch non-chainers vs. the foodies that are welcoming the national chain with open arms.

Whatever your stance is on the soon-to-be opened eatery, the fact that a newly constructed architectural gem was erected in the heart of Center City to house it is a testament to Center City’s boom.  More luxury highrises and businesses have been springing up all over the city so it’s not a surprise that a highly popular national chain is looking to set-up shop in a city that is teeming with a millennial following.

The new Center City Cheesecake Factory will be located on the southeast corner of 15th & Walnut Streets, will occupy the 2nd floor and will feature a patio with fully retractable glass walls.  The facade which is primarily glass will provide cool views of the bustling streets below.