The 2018 Guide to the Best Vegan Places Philly - Wooder Ice 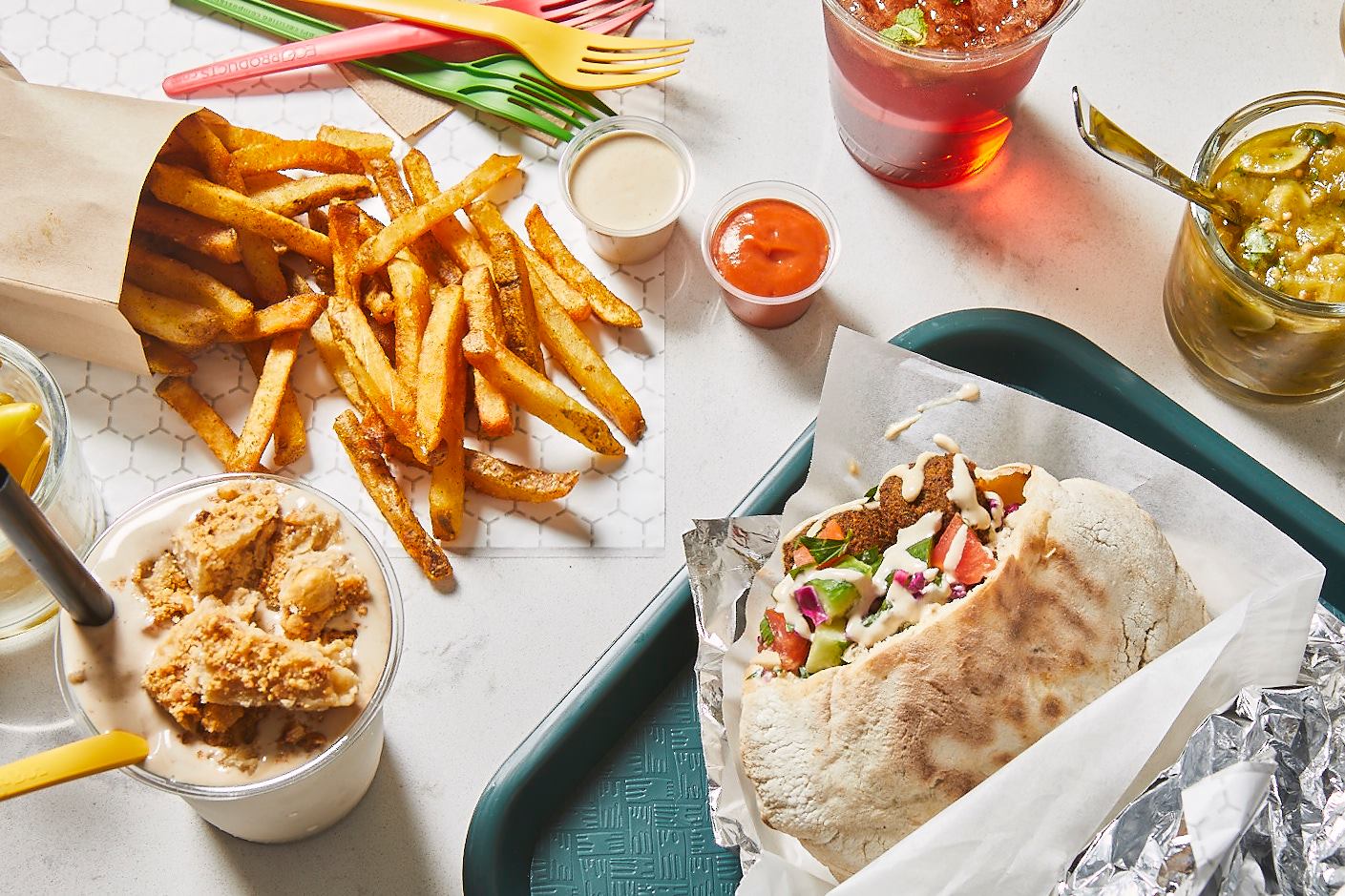 The 2018 Guide to the Best Vegan Places Philly

The 2018 Guide to the Best Vegan Places Philly

I don’t know what’s going on but every time I log into one of my social media accounts it seems as though a new friend is turning vegan.  “First week as a vegan, rough at first but I am feeling fantastic,” one update read.  As foodies are becoming more socially conscious of GMOs and additives, the more they are turning to plant based foods. Vegan is a step up from a vegetarian and for so long the options especially dinning out were little to none.  Now new chefs are hitting the scene and they’re coming with bold new flavors and concepts that would even make a carnivore salivate.  So if you’re a vegan or thinking of making that transition, here is our guide to the best vegan places in Philly.  Enjoy! 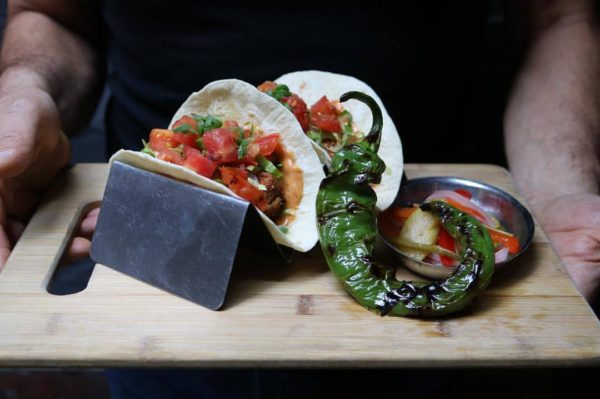 This is a bomb vegan spot  with a menu that “is inspired by great ethnic and street foods of the world.  Rather than anything too literal, V Street uses these great flavors to create a new dining experience full of bold spice and adventurous flavors.”  The variety here is pretty insane and includes waffles, grilled corn, tacos and so much more.  If you want a variety of options, this is the spot. 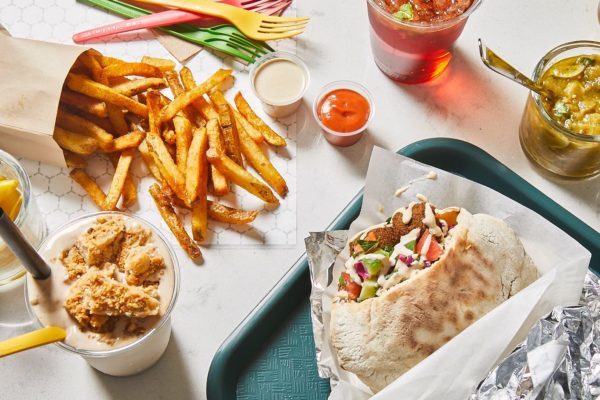 Center City is littered with Falafel carts but the folks of CookNSolo have outdone themselves with this gem which includes menu items such as fries and shakes!  Their restaurant family includes popular restaurants such as Zahav, Federal Donuts, Dizengoff and more.  However, this is their first crack at an all-vegan joint and they definitely knocked it out of the park. 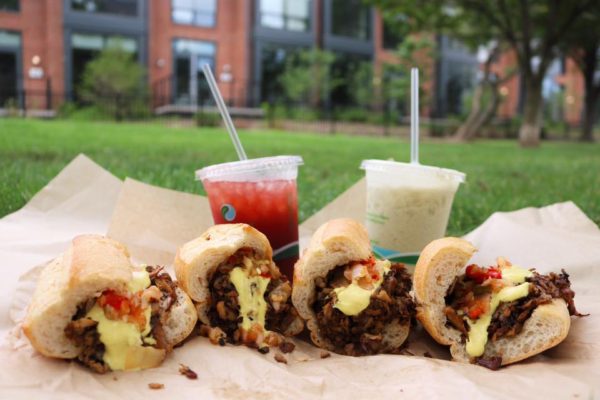 If the address looks a little familiar it’s because it’s not only next door to our first listing V-Street but also has the same owners. However, instead of international street foods, Wiz Kid has a more local appeal. One of the must try items here is the vegan cheesesteak! That’s right you don’t have to sacrifice enjoying Philly’s iconic sandwich once you go vegan! 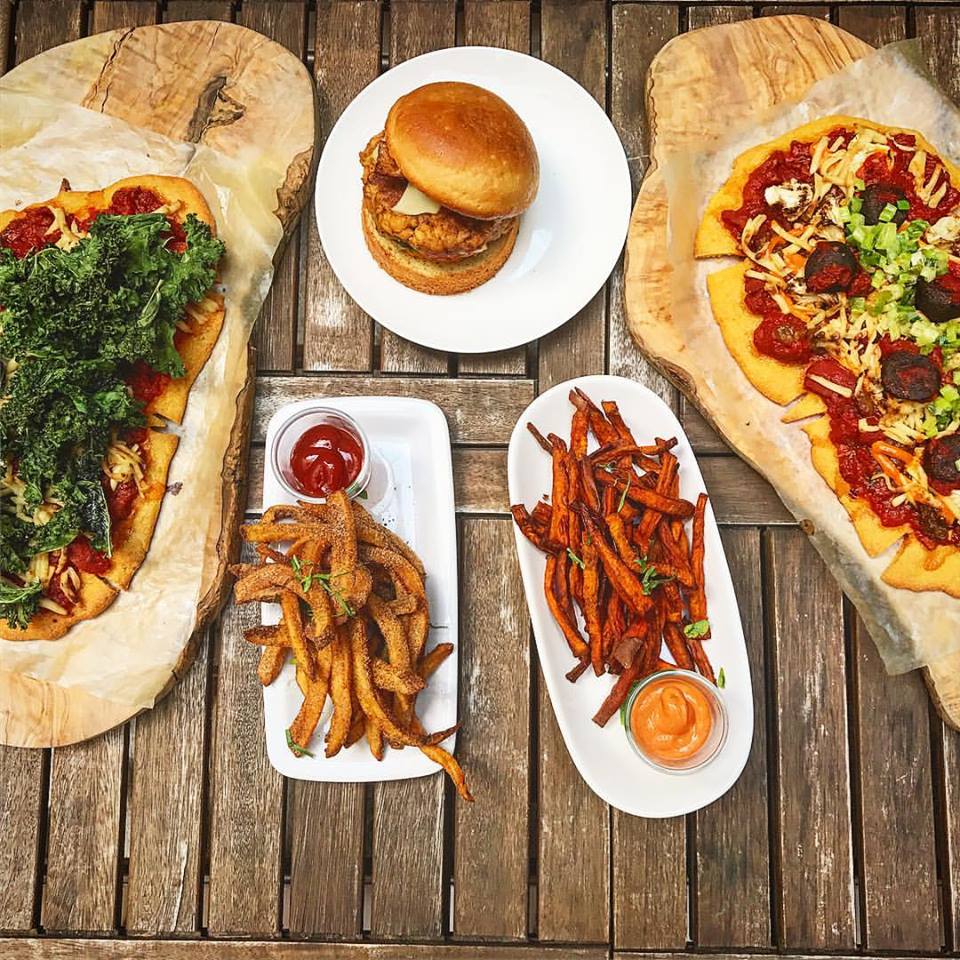 Breakfast, lunch, dinner and deserts! This place has it all not to mention the cold pressed juices.  This is a one-stop shop for all your vegan meal needs.  The curb appeal at this shop brings you in but the food will keep you coming back! For those looking to expand their horizons, menu is eclectic and fresh so there’s nothing boring here. 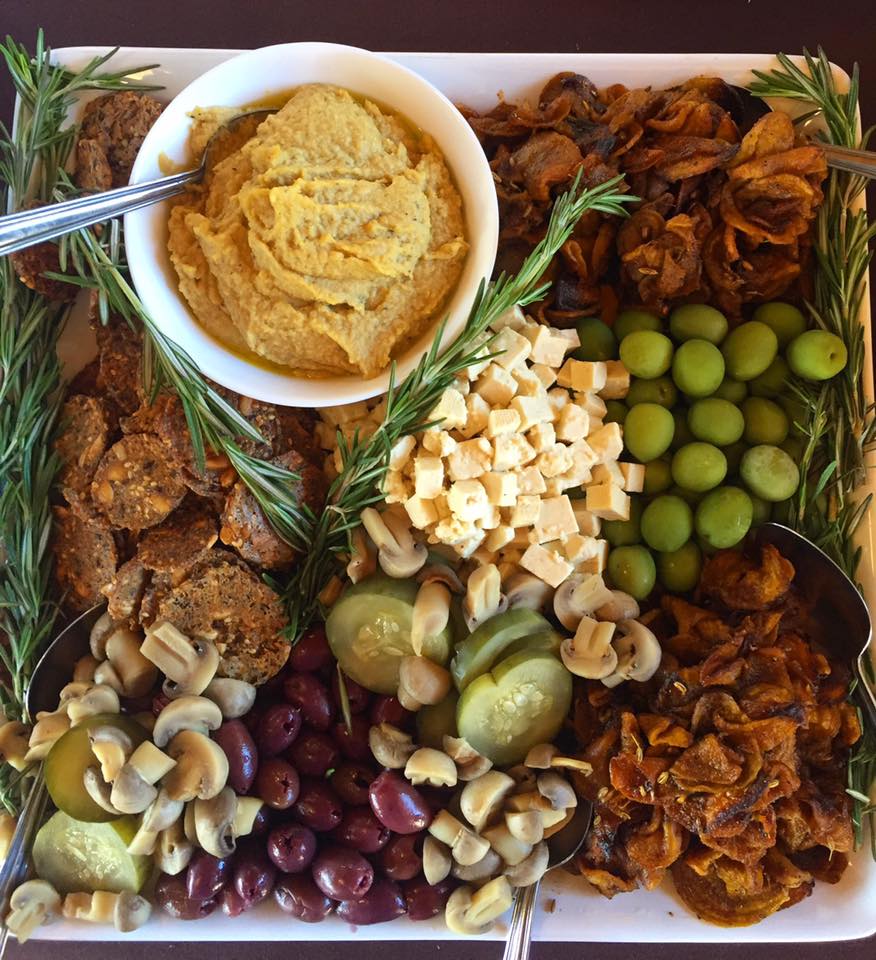 Tucked away in South Philly, this quaint spot is serving up tasty American style comfort food.  Not only does Miss Rachel’s serve great vegan dishes they also offer catering services.  So the next gathering you have make the healthy and smart choice by ordering yourself some vegan treys! 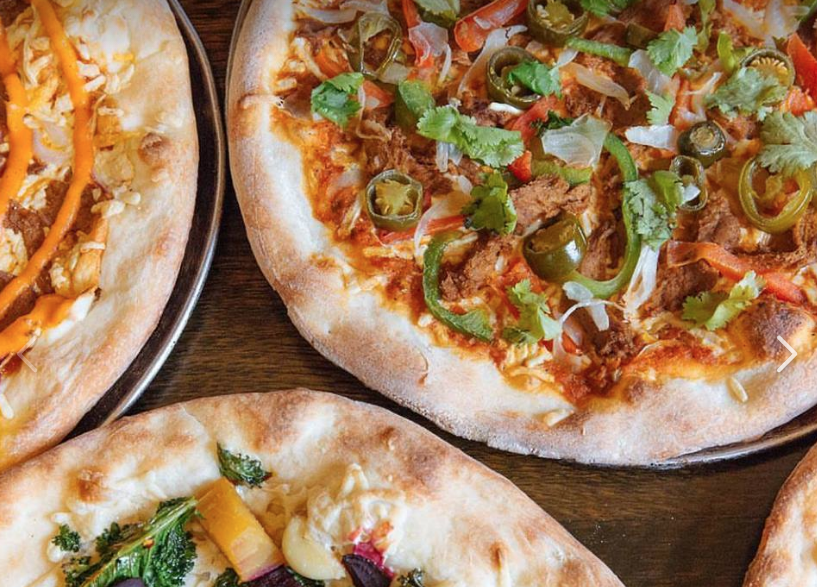 Philly’s most popular vegan pizza spot, this place gives you all the comforts of your local corner store pizza shop but with a vegan twist.  The cheesesteaks and pizza at this jawn have won many accolades and awards and we’re not surprised.  If you’re a vegan and haven’t hit up Blackbird, you’re doing yourself a disservice.

Charlie Was A Sinner 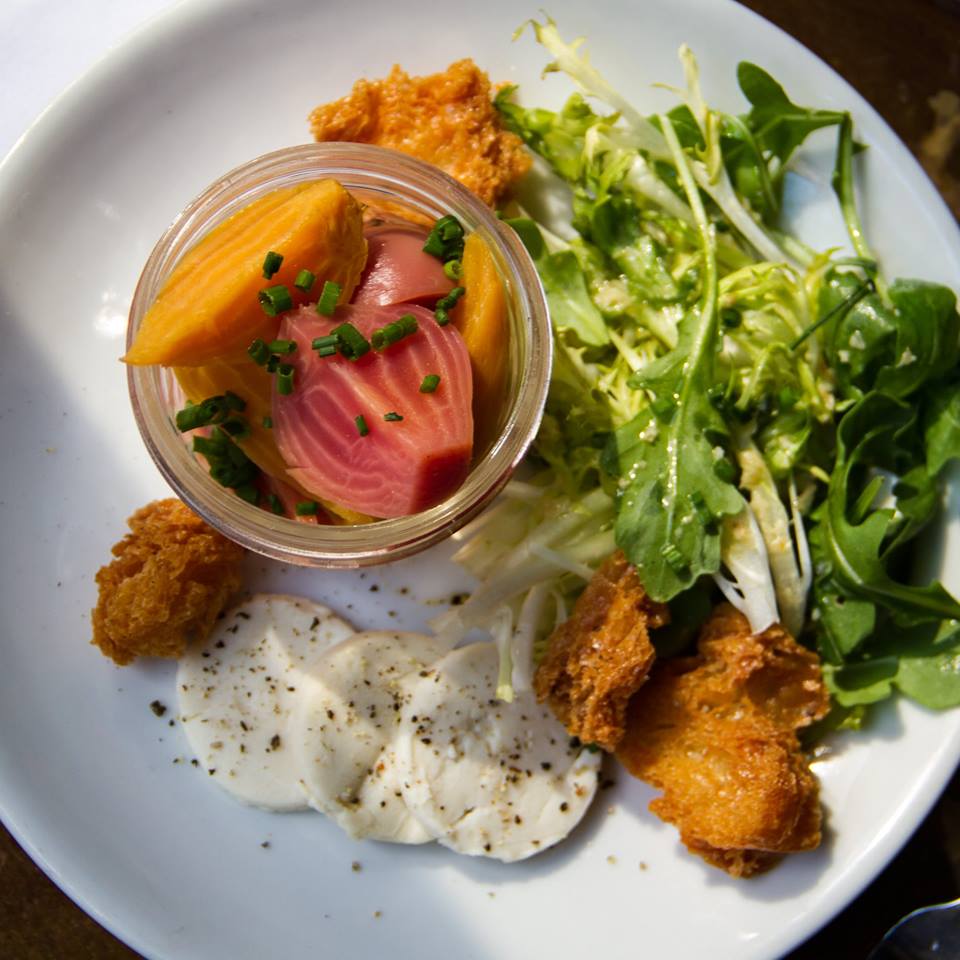 Known for their amazing hand-crafted cocktails, not many folks are aware that Charlie Was a Sinner is an all vegan bar and the food is just as amazing as the drinks.  If you’re out and about in Center City especially on a date night, it’s the perfect destination.  Great ambiance, fantastic drinks, and amazing food.  What more do you want? 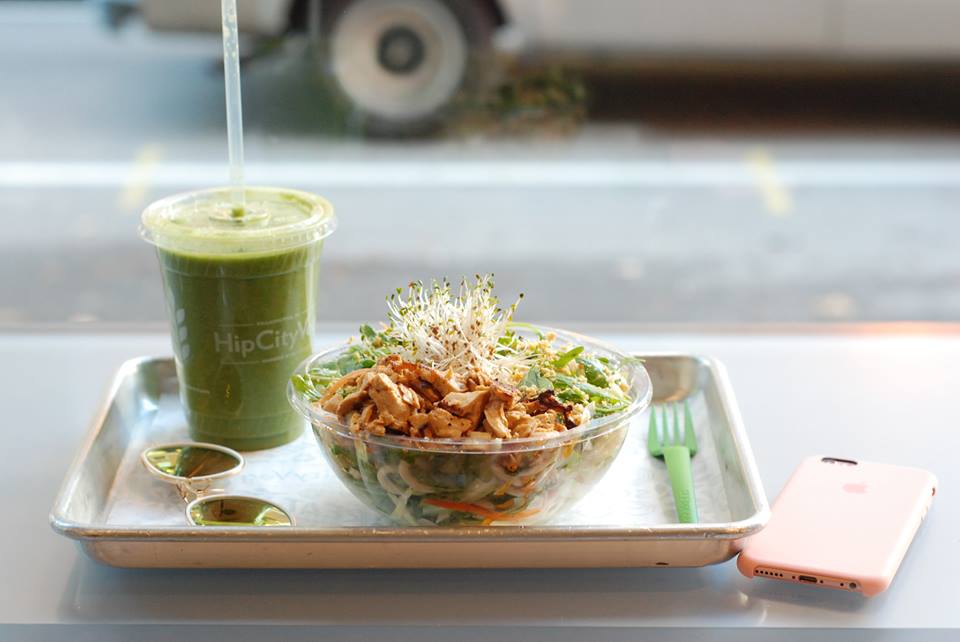 If you’ve been around Center City lately then I am sure you’ve seen one of these places.  They are sprouting up around the city and for good reason.  It’s fast, tasty, and healthy.  Hip City offers vegan dishes at many conveniently locations so you don’t have to go on adventure to get your vegan fix. 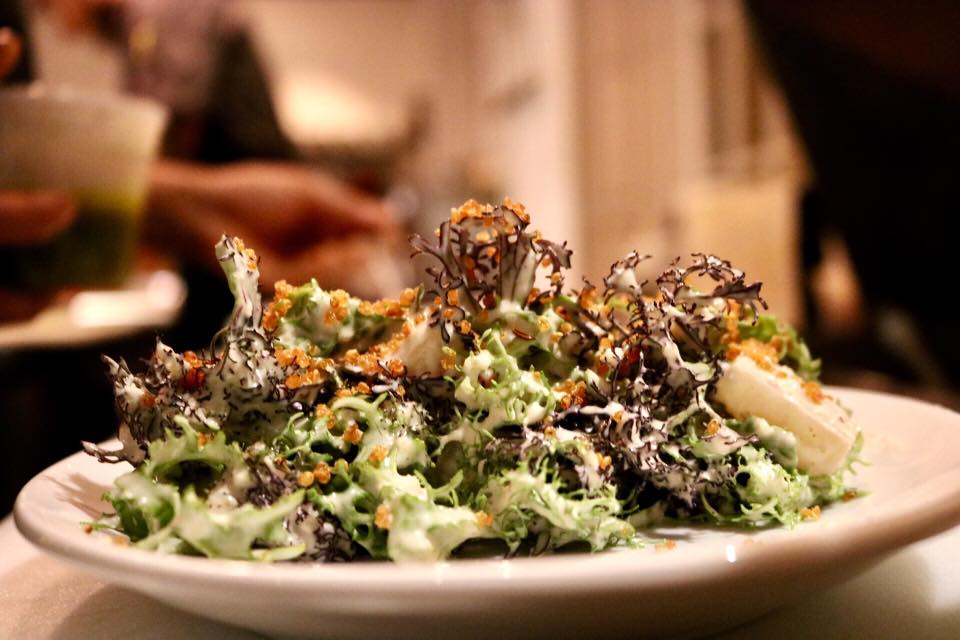 There is no guessing games here as absolutely no animal products are used in the Vedge Kitchen. It’s a sit-down restaurant, great for friends and a cool date.  Wood fire dish options give it that extra flair.  Hard to believe it’s been 7 years since they first opened their doors, but the food just keep getting better. 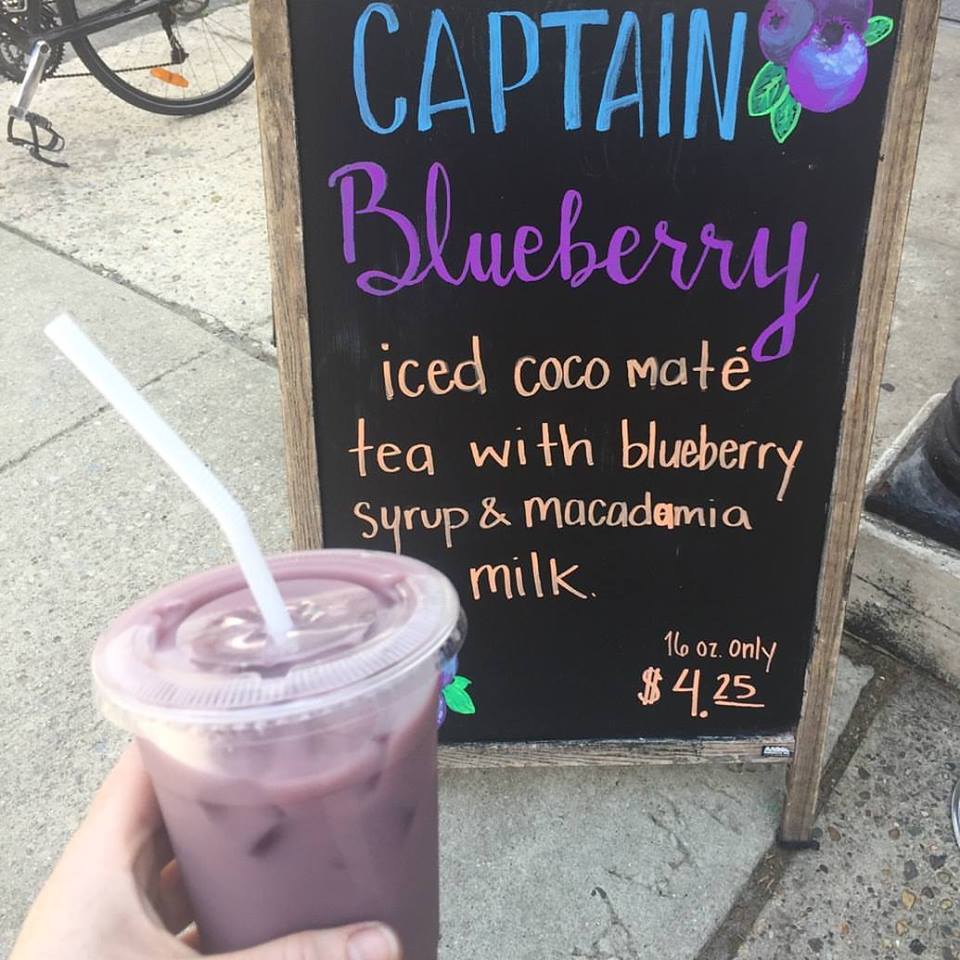 We have a wide selection of vegan restaurants but what about a vegan coffeehouse?  That’s right, get your vegan lattes, sandwiches, and treats at this homey South Philly spot.  Aside from the vegan menu, Grindcore also hosts community functions such as photo exhibits and live music. 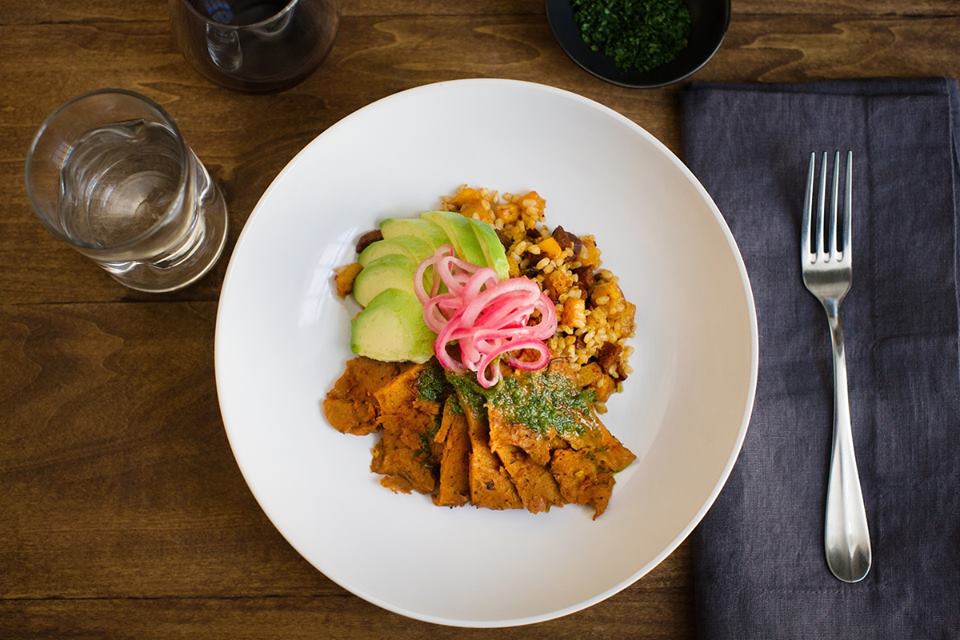 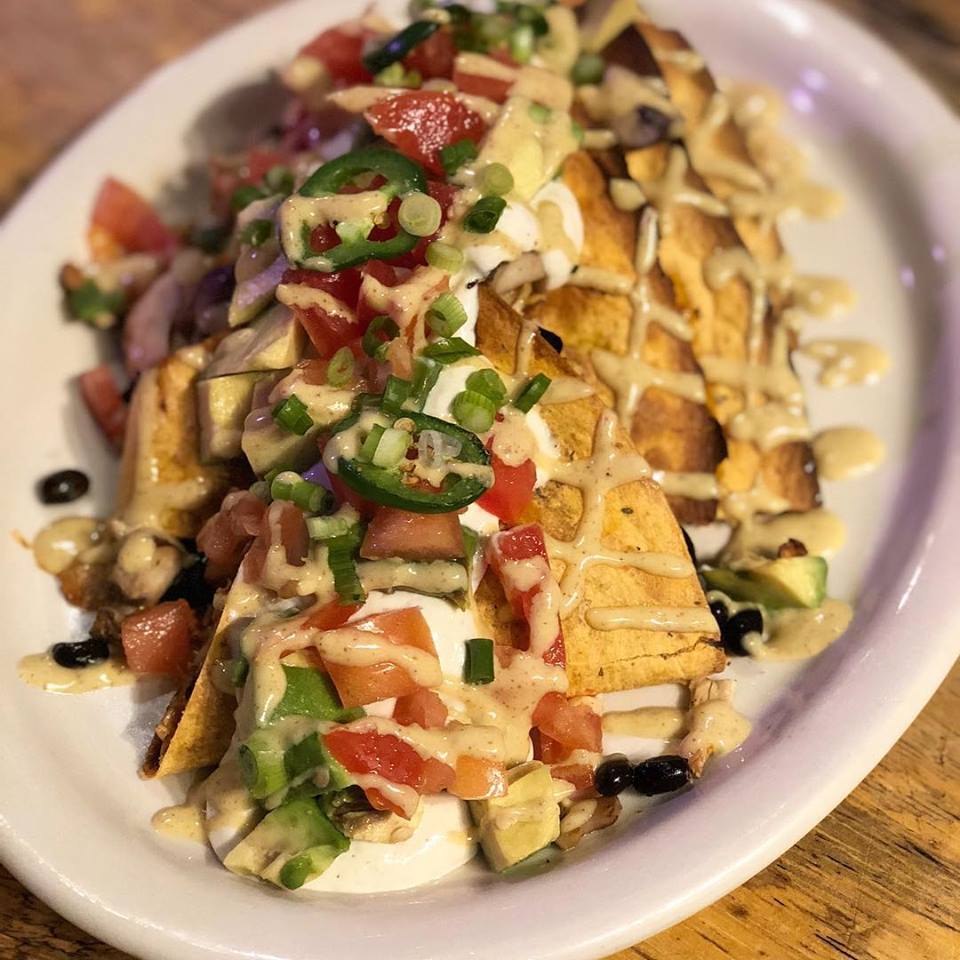 Located in Northern Liberties, Soy is an awesome cafe with a cool menu list that include vegan quesadillas, taco salads, bagels, smoothies, pastries and a whole lot more.  The menu offers both vegan and vegetarian with both having equally tasty options.  This place is great for a quick bite solo or with some friends. 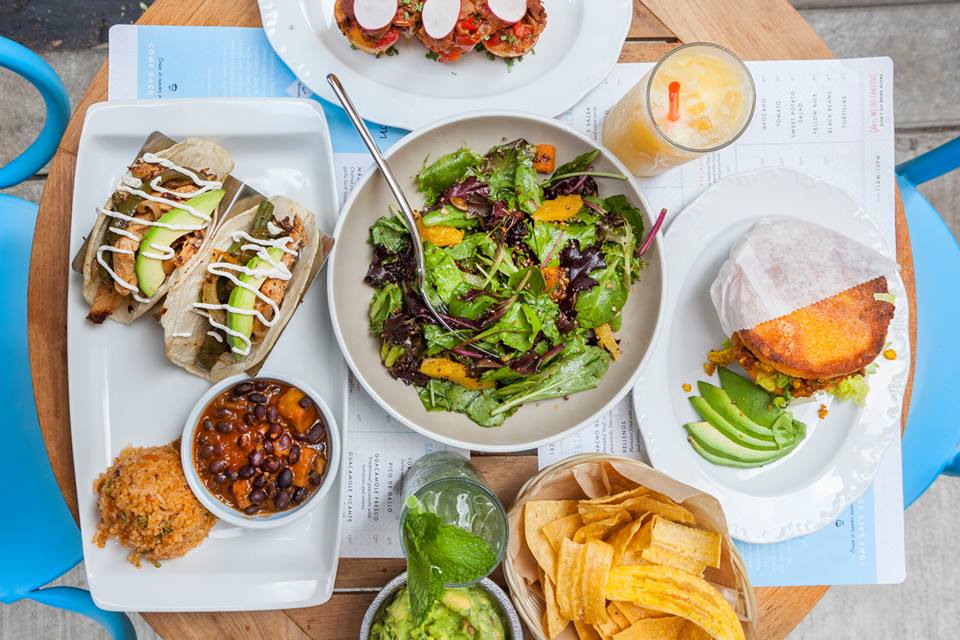 Believe it or not but Bar Bombon falls under the same restaurant family as Hip City Veg but with a Latino Flair.  This Puerto Rican inspired menu, is authentic and plant based.  The selection looks the same as any tradition Puerto Rican restaurant and has the same bold flavors so you’re not sacrificing the Latin experience.  You’d be hard pressed to find a better Latin vegan spot anywhere.  Oh and did we mention the drinks are out of this world?

Where to Get Your Grub on in Philly NYE!
The Best Lunch Spots in Center City -West of Broad St. Edition!