HipCityVeg and Marquis & Co. Are Raising Their Minimum Wage to $15! - Wooder Ice 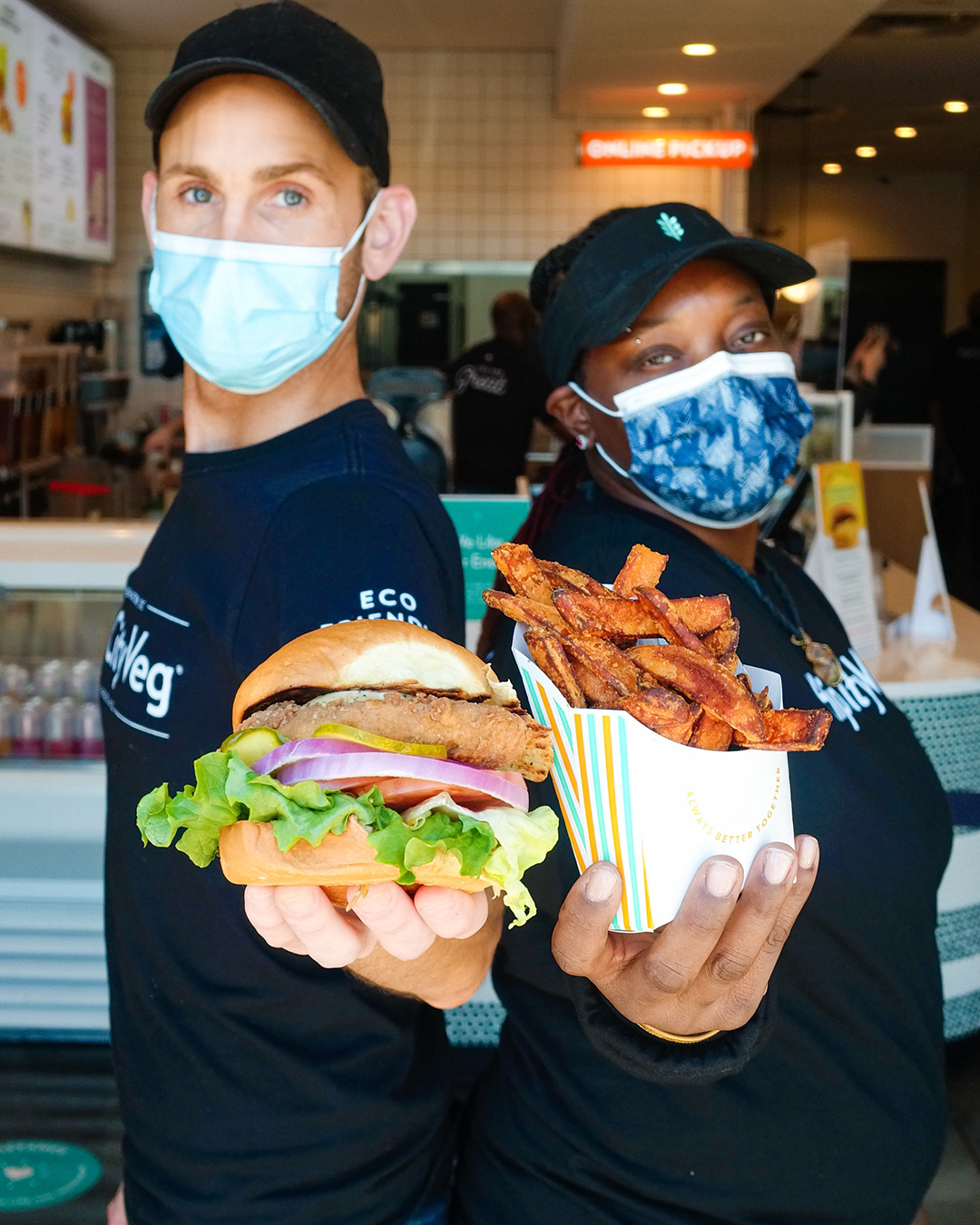 HipCityVeg and Marquis & Co. Are Raising Their Minimum Wage to $15!

Although Congress has yet to successfully pass new legislation that would boost the national minimum wage, one restaurant group is taking the lead on setting its own higher wage standards because it says it’s good for people and good for business; and it may be the first fast casual restaurant group in the country to do so.

The company announced that it is making the change in part to recognize the hardships that workers have experienced during the past year, especially women and people of color. For tipped workers, the restaurant group will ensure that earnings reach a minimum of $15 per hour.

“Despite the intense economic hardship that has hit the restaurant industry and our workers over the last year, we believe that now is the time to do this for our families. We believe it not only is the right thing to do for our workers that have been through so much over the past year, but that it is also good for business, and it will help with recruiting and retention as our economy rebounds,” said HipCityVeg Founder and CEO, Nicole Marquis.

The commitment comes as the Covid-19 pandemic, which caused immeasurable hardship for the restaurant industry, recedes, and comes on the heels of a historic and important civil and human rights movement in 2020 and 2021.

“We have always been committed to the growth and development of our team at every level of our organization. Compassion is one of our company’s core values. We believe that when we treat our employees with respect and care, they reflect that right back to our customers,” said Michelle LaVigne, VP of Operations for Marquis & Co.

“Fifteen for our Families is the next important step toward growing our company and culture, building the world we want to live in, and communicating through our actions how much we value those who helped us get through the past year, and continue to contribute to our success. We want our team, and their families, to continue to be part of our family,” said Marquis.

The company says it provides careers to its employees, not just jobs, and grows the management team from within whenever possible.

“I’m proud to have been able to build my career in a company that recognizes the value of people and believes in professional growth. I started five years ago as a line cook, and moved up through the ranks to the highest store level. I meet with the company’s leadership at least three times a week, and we know that we are all in this together,” said Rodney Sanders, General Manager of HipCityVeg’s Dupont circle store in Washington, DC.

“From my first interview, I knew the company was for me. It’s so nice to be working with a company that understands people and appreciates and cares about them,” according to Kesha Johnston, General Manager of HipCityVeg’s Broad Street location in Philadelphia, who joined the company in 2019.

“Workers today care about salary and benefits, and they also want to feel like they are part of something greater. At HipCityVeg we are serving up food that’s better for people and the planet, and that’s also something our team cares deeply about,” said Danielle Minnis, human resources manager for Marquis & Co.

Marquis & Co. is a plant-based restaurant group based in Philadelphia with 9 restaurants and 3 brands, including HipCityVeg, Bar Bombón, and Charlie was a sinner.  HipCityVeg currently operates five locations in the Philadelphia area, and two in Washington, DC, with additional locations opening in 2021.

Area Businesses Will Be Displaying Impressive Floral-Inspired Décor For PHS’ “Bloom Philly” Contest!
Wawa is Teaming-up With “The Goldbergs” for an 80’s Themed Week to Celebrate Their 57th Anniversary!