Tickets are on sale now for “Presented” shows in the 2014 Fringe Festival presented by FringeArts, bringing the world’s most daring and innovative performers to Philadelphia stages for the 18th year in a row from September 5–21. The 2014 Fringe Festival is supported by Presenting Sponsor PNC, through the PNC Arts Alive initiative. The Lincoln Motor Company is the Official Automotive Sponsor of the Festival.

Coinciding with this year’s Fringe Festival Opening Night is the grand opening of La Peg at FringeArts, acclaimed Philadelphia chef/restaurateur Peter Woolsey’s brand-new waterfront brasserie, representing the culmination of FringeArts’ years-long evolution from a two-week festival producer to a bustling year-round destination for artistic and social activity. The bar and restaurant will include a new stage at FringeArts for cabaret-style performances year-round, beginning with free late-night Festival Bar programming every night of the Festival. A grand opening celebration to unveil La Peg and its shared outdoor plaza will take place on Friday, September 5; details to be announced at a later date.

“After being nomadic for almost two decades, FringeArts finally has a place to call home,” says FringeArts President and Producing Director Nick Stuccio. “We want to be a place for Philadelphians to see the world’s most exciting artists all year long, and in turn support our city’s incredible local artists as they make their way in the world. With our Festival, year-round programming, residencies and waterfront restaurant, FringeArts is truly a destination for bold thinkers, art makers and arts lovers to come together and celebrate Philadelphia. We couldn’t be more excited.” 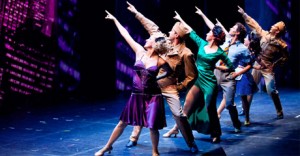 As FringeArts continues its tradition of providing a platform for artists to independently produce their visions in a Festival environment, hundreds more artists will participate in the Neighborhood Fringe and perform their work to Festival audiences. This confluence of risk-taking, independently produced shows animates the spaces of Philadelphia and enriches the city’s communities.

The 2014 Fringe Festival is a platform for daring and innovative artists, bringing leaders of the contemporary performing arts world to Philadelphia stages and showcasing the groundbreaking work of Philadelphia-based performers. Each year, the Festival draws tens of thousands of people who come to experience Philadelphia’s thriving cultural scene and interact with hundreds of artists at thousands of performances.

Tickets to most Presented Fringe shows are on sale at FringeArts.com or via phone at 215-413-1318. Tickets to Neighborhood Fringe shows will go on sale beginning in July.

[ 2014 FRINGE FESTIVAL CENTERPIECE ] 100% Philadelphia (Sept. 19-21) is a unique interactive performance work featuring a cast of 100 Philadelphia citizen-artists (non-actors) under the direction of German artist collective Rimini Protokoll. Part-theater, part-data analysis 100% Philadelphia will be cast based on the city’s 2010 U.S. census data for age, gender, geography, ethnicity, race, class, sexual identity and more. Based on that criteria, more than 40 cast members will be African-American, half will be women and approximately 20 will be children. FringeArts is also casting individuals of various sexual orientations, gender identities, physical and intellectual disabilities, and undocumented and homeless Philadelphians to represent a multi-dimensional view of its citizens. In a city full of people with wildly different experiences, the cast members will interact with audiences through a series of narrated 2014 Fringe Festival: Presented Fringe – Page 2 of 7 questions that will slowly dig deeper and deeper, revealing who we are as individuals and how we impact each other as a community. Who has ever held a gun? Who dropped out of school? Who are our teachers, top earners and unemployed? Says show creator Helgard Haug, “By watching how the 100 representatives make decisions, you can ask yourself where you stand: How would I answer this question? Would I dare to express my own thoughts, even if it means I would stand alone?”

[ WORLD PREMIERE ] Created by Brooklyn-based installation artist Mary Mattingly, WetLand (Aug. 15-Sept. 21) is an interactive public art installation, island-based ecosystem and mobile habitat moored on the Delaware River. Mattingly will live on WetLand for six weeks, including the entirety of the Fringe Festival, during which time she will host performances, workshops, skill shares and artistic gatherings. WetLand responds to the conditions of a near future when people live alongside the water again, as rivers and oceans overtake our cities and towns. Says Mattingly, “I wanted to bring more attention to the necessity of wetlands, and pair it with a sinking house to describe causation through symbolic artwork.”

[ WORLD PREMIERE ] The New York-based Institute for Psychogeographic Adventure (IPA) invites Festival-goers on a guided adventure in Old City, transforming Philadelphia’s oldest neighborhood into a giant stage. After filling out a psychological survey, Experiment #39 (OLD CITY) (Sept. 6-7) audience members are sent one by one on a personalized walking tour through town, wandering down alleys, sneaking through doorways, dancing on rooftops and being surprised with performances and encounters created by dozens of artists and residents. According to the IPA, “When you embark on one of the IPA’s ‘experiments,’ your entire perspective on the neighborhood [starts to change]. You will start to notice things about the urban landscape that were already present, but not in your conscious awareness.”

[ U.S. PREMIERE ] Inspired by Mark Rothko’s withdrawal of his commissioned work in New York’s Four Seasons restaurant, internationally acclaimed Italian experimental theater maker Romeo Castellucci and his company Socìetas Raffaello Sanzio return to Philadelphia to present The Four Seasons 2014 Fringe Festival: Presented Fringe – Page 3 of 7 Restaurant (Sept. 11-13), a highly stylized, visually stunning exploration of absence, negation and solitude. Says CultureBot’s Agnès Silvestre of the performance, “His pieces are ruthless and demand that you approach them in a state of wonder. You get out in direct proportion to what you put in.” Castellucci, who has been called a visual artist working in the realm of theater, brought his provocative On the Concept of the Face Regarding the Son of God to the Fringe Festival in 2013.

[ IRANIAN EXPORT ] When Nassim Soleimanpour refused military service and was forbidden to leave his home country of Iran, he wrote the play White Rabbit, Red Rabbit (Sept. 6-21) and sent it off to see the world in his stead. Part of an ongoing international tour, FringeArts’ 12-performance engagement follows Soleimanpour’s directives: A script waits in a sealed envelope. The audience arrives. Each night, a different actor steps on stage and opens the envelope, reading the script aloud for the first — and last — time. A brilliant work of theater, White Rabbit, Red Rabbit brings its author in touch with an audience to have a shared, intimate and exhilarating experience despite being separated by thousands of miles. Actors taking part in the performance may be available for interview after their reading takes place.

[ TEAM SPIRIT ] In Obie Award-winning New York City-based theater troupe Half Straddle’s In the Pony Palace/Football (Sept. 17-19), an all-female cast puts a gender spin on the players, coaches, and cheerleaders of the historically male backdrop of American high school football. The show follows the players through a season of wins and losses, shifting allegiances, power plays, hormonal imbalances and adolescent turmoil, using the lexicon of football and awkward teen vernacular to convey a time in the lives of young people when everything is a big deal yet nothing matters. A live marching band performs a live score blending deconstructed pop songs. Says writer/director Tina Satter, “I’m always interested in theater taking me beyond the edges of reality into a liminal and exciting space in subtle, unexpected ways. I want it to feel like something we’ve never quite seen or felt before.”

[ LOCAL WORLD PREMIERE ] New Paradise Laboratories presents the world premiere The Adults (Sept. 5-14; previews Sept. 3-4), a run-of-the-mill multi-family vacation turned on its head by adults behaving badly. Influenced by Anton Chekhov and the paintings of Eric Fischl and set to a score by local experimental composer Bhob Rainey, The Adults is a highly physical show that explores intimate cruelty and shifting emotional landscapes. Says McLaughlin, “The idea of weather as a dominant force informs The Adults: the environment of a room full of people changing like the weather.”

[ POST-MODERN DANCE MEETS HARLEM VOGUE ] Experimental New York-based choreographer Trajal Harrell explores a dance style from the gay ballroom scene, fashion and the runway, race and gender in the all-male Antigone Sr./Twenty Looks or Paris is Burning at The Judson Church (L) (Sept. 12-13), part five in Harrell’s seven-part series. A revelatory investigation of ancient Greek themesset to deep-bass club music, this inventive and energetic piece imagines what would happen if the voguing Harlem ball culture of the 1960s had headed downtown to witness postmodern dance being born at the Judson Church arts center. Says The New York Times’ Claudia LaRocco, Harrell “fashion[s] his own fierce, ragged mythology — one pieced together from pop culture, theory, voguing, dance history —and, always, the runway. However much in disarray, its denizens are fabulous.” Additionally, Harrell will perform Twenty Looks or Paris is Burning at the Judson Church (XS) (Sept. 9) a 25-minute solo performed for a limited number of audience members. This presentation of Antigone Sr. is made possible by the New England Foundation for the Arts’ National Dance Project, with lead funding from the Doris Duke Charitable Foundation and The Andrew W. Mellon

[ LOCAL WORLD PREMIERE ] In this unprecedented collaboration between the Pennsylvania Ballet, the Curtis Institute of Music and FringeArts, three superbly adventurous choreographers from around the world will create new cutting-edge, experimental works on the classically trained dancers of the Pennsylvania Ballet. Set to music created and performed by Curtis Institute composers and alumni, What I Learned About Outer Space (Sept. 5-7) is contemporary performance art at its highest level, with a high wire creation process: the three choreographers (Zoe Scofield, Seattle; Itamar Serussi, Israel; and Georg Reischl, Austria) gather with the 20 Pennsylvania Ballet dancers to create the dances from scratch and rehearse in the three weeks leading up to opening night. Rehearsals may be open to the press; 2014 Fringe Festival: Presented Fringe – Page 5 of 7

[ EXTENDED FESTIVAL ] Presented by FringeArts on October 4–5 as an extension of the 2014 Fringe Festival, Rosas Danst Rosas is a reintroduction to the seminal dance work made famous in 1983. Belgian choreographer Anne Teresa De Keersmaeker founded the Rosas company in 1983 with Rosas Danst Rosas, which launched her career as an internationally respected and sought-after artist; the work is marked by rhythmic complexity, stylized minimalism, fierce abstract feminism and choreographic rigor, and, according to The New York Times, “It hasn’t lost anything of its original power.” Coming to Philadelphia as part of a limited three-city tour, Rosas Danst Rosas was recently made famous by Beyoncé, whose “Countdown” music video draws heavily on the work for choreography, costuming and This presentation of Rosas Danst Rosas is made possible by the New England Foundation for the Arts’ National Dance Project, with lead funding from the Doris Duke Charitable Foundation and The Andrew W.