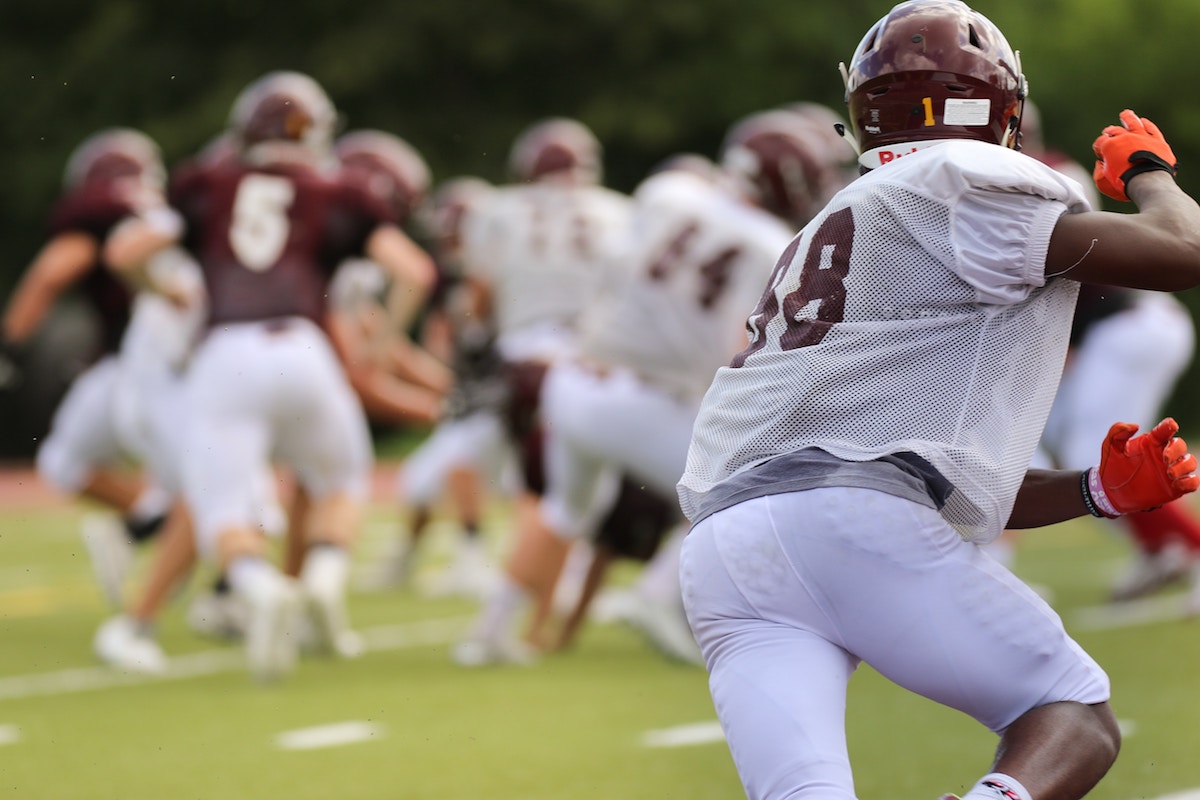 Photo by Geoff Scott on Unsplash

In light of the whole Geno Smith incident, where he got chin checked by teammate Ikemefuna Enemkpali resulting in a broken jaw.  It made us think, what were some other memorable teammate quarrels. Now we don’t condone violence but we understand tempers fly when alpha males are competing on the highest level of sports.   We see a ton of opposing teams fighting but what about locker room and sideline brawls? Well we put together a list of 15 memorable fights between teammates.

Warning some of these videos have strong language and violence.  Definitely not safe for work.

We’ll kick things off with a hometown feud.  Keith Primeau and Chris McAllister of the Philadelphia Flyers trade blows during practice. Primeau is no stranger to brawls. If you’re a hockey fan then you may recall Keith Primeau fighting his brother Wayne during a game.

Staying with the Flyers, check out this practice incident between Steve Downie and Akim Aliu.  Sparks flew over an alleged hazing incident.

Things got pretty heated during the Pirates 91′ spring training.  In this video which has enough expletives to make an actual pirate blush, Jim Leyland lays down the law and makes Bonds back down.

Mr. Smith is no stranger to fighting teammates. This small receiver obviously packs a big punch as he sent Lucas to the hospital.  Steve would go on to apologize but the damage had already been done.  Since the fight Steve Smith has been in countless scuffles, mostly with opposing teams. Safe to say that this dog’s bite is worst than his bark.

Jordan Vs. Perdue and Kerr

Check out MJ’s commentary over this cool animated video showing  exactly went down betweenhim and former teammate Steve Kerr.  To add fuel to Jordan’s fire he was also involved in a fisticuffs with Will Perdue and he too got an Air Jordan eye jammy.

Was it tough love? Wanting accountability?or just being pissed off?  Either way Evan Longoria got up in BJ Upton’s grill after he took exception to Upton’s lack of effort during a play.  We kind of like this kind of leadership attitude.

Mississippi State bball players Sidney and Bailey got into a an all out brawl in the stands during a tournament.  Sidney who has a history of violence and altercations got the better of Bailey as the cameras caught these two power forwards trading power blows.

Sprewell had a colorful career in the NBA, like the time he turned down a multi-million dollar offer because it wasn’t enough to feed his kids.  However, his most memorable incident happened during his Warrior days when he got into a physical altercation with then coach P.J Carlesimo. Sprewell ended up choking his coach sending shock waves through the sports world

The New York Muts make our list with two former stars Daryl Strawberry and Keith Hernandez.  The two got into it during their team picture day.  We want to believe that Keith probably told Strawberry he wouldn’t tag him on his Instagram.

These two knuckleheads not only fought in the middle of a game but reveived a penalty resulting loosing valuable yards while on defense.  Check it out as these two give the crowd a show.

A modern day Aaron Burr vs. Alexander Hamilton.  Javaris Crittenton challenged Gilbert Arenas to a duel in the Washington Wizards locker room resulting in a gun stand-off over a gambling debt.  Both players received a suspension but Crittenton fell into a life a crime and was charged with murder.  Charges were reduced to manslaughter and and Crittenton received 23 years behind bars.

Eagles fans remember this one like it was yesterday.  Terrell Owens was up to his shannigans all year getting on McNabb’s last nerve.  Crying about getting open and criticizing McNabb’s abilities. Things eventually reached a boiling point when defensive leader Hough Douglas tried to check Owens regarding his behavior.  However, sources say Owens got the best of Douglas.  Hey at least you tried Houey

Kobe got caught up in a rape case and all hell broke loose.  Bryant went on to dry snitch, no wait he straight-up snitched on O’Neil by telling the world about Shaq’s infidelities causing the Big Diesel’s marriage to go on the rocks. The two were never the same and Shaq went on to play in Miami the next year.  Although, no longer teammates Shaq took every opportunity possible to let Kobe know his true feelings like when he asked Kobe how his ass tastes.

Cooper who was fresh off of his racist rant during a country music concert found himself on the loosing end of a skirmish with teammate Carey Williams, who’s attitude is legendary among NFL circles.  We aren’t sure if Carey took Cooper’s rant personal and was waiting for the right moment.  Either way things got really heated. We want to add that the techno music in the background makes it kind of hilarious.

Last but not least….oh wait it’s the Deadskins so of course they are least. This fight was a memorable one.  Deadskin’s WR Michael Westbrook absolutely pummels tailback Devon Davis.  It looked like a UFC submission.  Probably one of the more brutal fights caught on camera.