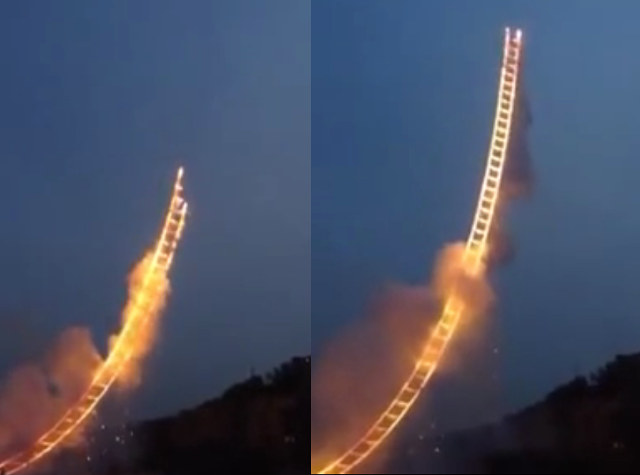 “A stairway to heaven” but we’d be careful as it is made of fireworks and is held up by a balloon.
This footage is of artist Cai Guoqiang’s recent (successful) display in China.
Cai, an artist who often works with gunpowder, is said to have come up with the idea for this spectacle some twenty years ago.

Cai had already attempted to complete this task on several occasions but never fully succeeded until recently.
The occasion, Cai said, is for his grandmother who ‘was born in a small fishing village in Quanzhou and sold fish to help her grandson realise his artistic dream,’ the artist revealed.

Continue Reading
You may also like...
Related Topics:fireworks, lifestyle, stairway to heaven

Fisherman Catches a Drone With His Rod!
#TBT 15 Memorable Fights Between Teammates
To Top
Get the Coolest Philly Events & News Emailed to you Every Week!