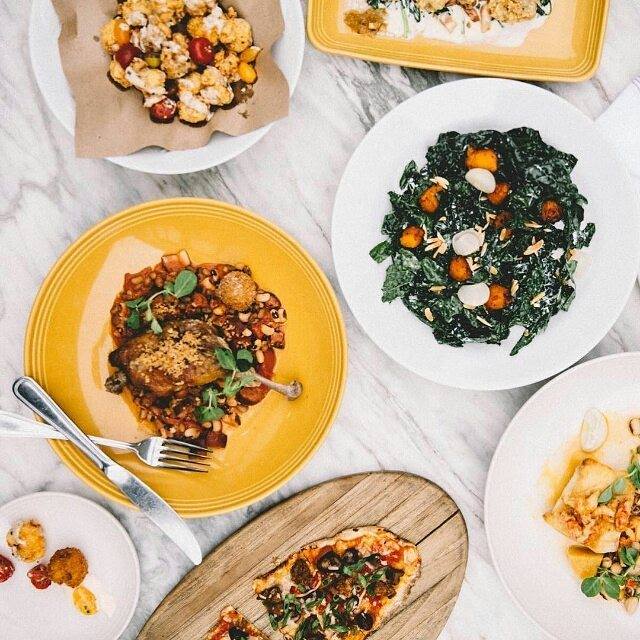 Guests are invited to explore the New American South without leaving Philadelphia at Robert Bynum’s SOUTH, where Chef Paul Martin offers diners an intimate look at the cuisines and cultures that shape his popular menu. His upcoming series of Regional Southern Menus will highlight a different region on the first Wednesday of each month; in addition, Chef Martin regularly prepares seasonal additions to complement the restaurant’s dinner menu.

Some of Chef Martin’s recent seasonal dishes include:

Beginning in June, the Regional Southern Menus will be available every first Wednesday of the month, featuring three courses for $35 per person, with a special regional cocktail available, as well; each dish will also be offered a la carte, as additions to the dinner menu. On June 7, Chef Martin will highlight Louisiana:

The July 6 menu will highlight Charleston:

The August 3 menu will highlight Alabama:

About SOUTH…Owned by celebrated restaurateur Robert Bynum, SOUTH earned immediate critical acclaim when it debuted in late 2015.  Philadelphia magazine’s Jason Sheehan wrote that, “It’s a restaurant on the verge of greatness – of defining its place in the grand tradition – and I can’t wait to see what it does next.”  SOUTH also earned a place on the magazine’s updated “50 Best Restaurants” list.  In his warmly positive review, The Philadelphia Inquirer’s Craig LaBan wrote that “the Bynums have shown a new level of culinary ambition with Martin’s approach to new Southern cooking…he draws largely cliché-free inspiration from the heirloom ingredients and modern notions that are energizing Southern kitchens from New Orleans to Charleston and beyond.”  In addition to exceptional southern cooking, the restaurant is known for their live jazz performances six nights a week; no other restaurateur in Philadelphia has done more to foster the city’s food-and-music scene.

Continue Reading
You may also like...
Related Topics:south, southern food