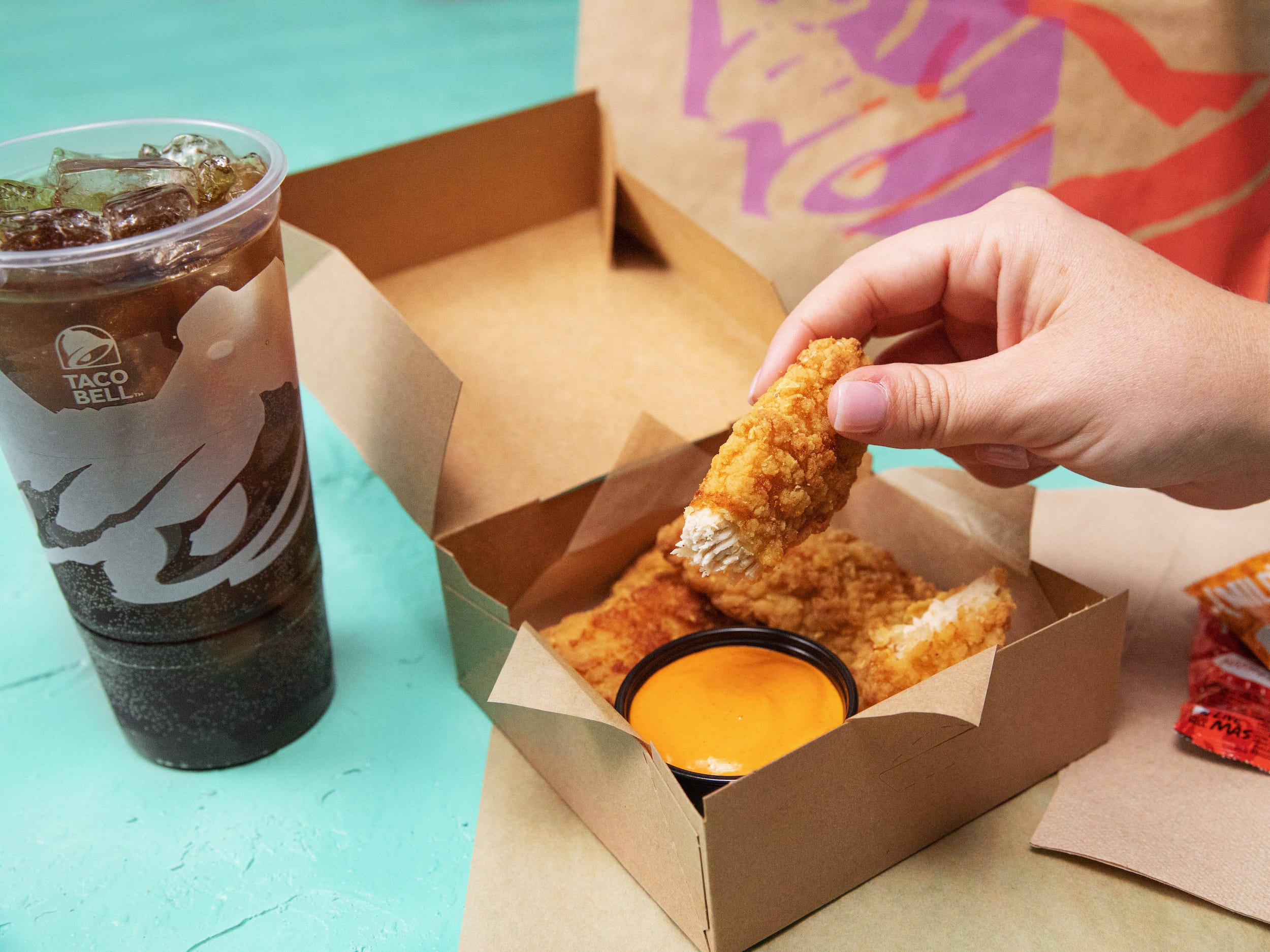 Taco Bell Chicken Tenders Are Coming! Here’s What You Need to Know!

Taco Bell Chicken Tenders Are Coming! Here’s What You Need to Know!

For now Dayton, Ohio and Houston, Texas will serve as the testing grounds for the new tenders.  Taco Bell will begin to roll out the tortilla chicken tenders at these two spots this week.  Customers will be able to try 1 tender for $2, two for $3 or three for $4.  The new chicken tortilla tenders will also be available int the $5 and $7 boxes.

To create the perfect tender, Taco Bell has stated that they have tested over 1oo variations of the recipe before landing on what they feel is the perfect one which includes  marinated in a jalapeño buttermilk mixture, giving them a slightly spicy kick.   The tenders will be coated in tortilla chip crumbs as well.

It will be interesting to see if these tenders will get anywhere near the buzz that Popeyes received.  Only time will tell.

Chick-fil-A Says They Will No Longer Donate to Anti-LGBTQ Organizations
11 Cool and Unique Date Ideas to Celebrate Valentine’s Day in Philly!