If you haven’t noticed by now we at Wooder Ice only promote people and products we feel strongly about.  Today is no exception.  If you haven’t had a chance to try the Philly rooted tequila Siembra Azul now is the time.  The brainchild of successful restaurateur David Suro, Siembra Azul was conceived to not only showcase what an artisanal spirit tasted like, but also educate consumers on what quality tequila is.

Educating is what Mr. Suro has been doing for the last 28 years.  When he first opened the doors to Tequilas Restaurant in 1986, Philadelphians were not aware of what authentic Mexican dishes were.  “It was a challenge. People were more familiar with Tex-Mex dishes,” David explains.  Even suppliers had a hard time meeting Mr. Suro’s requests.  “We had issues with suppliers for cilantro.  They had no idea what is was.”

The challenges David faced in 1986 when he began his restaurant venture are similar to the ones he faces today with the launch of Siembra Azul. “People had a bad impression of what tequila was about.  They didn’t have respect for it.  It was related to terrible hangovers and drunk college students.  It bothered me.  Being from Mexico and the region where it was produced I wanted to change the misconception.  Tequila is one of the most complex and sophisticated spirits.” 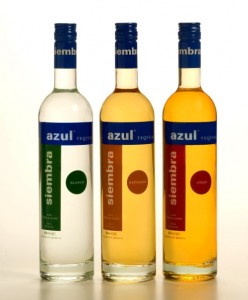 But David doesn’t see Seimbra Azul as direct competition with other tequila brands, but rather a celebration of diversity of tastes and flavors.  However, at the end of the day business is business and David has recognized the challenges of gaining market share in the world of tequila and he is always up for a challange, “I like challenges.  Introducing a product that is artisanal, small to the world, large companies are doing incredible aggressive marketing campaigns.”  He cannot speak on the production of competing tequila brands but he can confirm that Siembra Azul “is made with integrity and passion.”

With the success of Tequila’s Restaurant and Siembra Azul, David Suro has shown how to overcome adversity by educating consumers.  Aspiring entrepreneurs of any industry would be wise to learn and adapt the method that David has used over the last 28 years.  As for any words of advice, Mr. Suro puts it plainly, “Follow your passion.  Passion you will not learn in any school.  If you have a dream go and get it.”