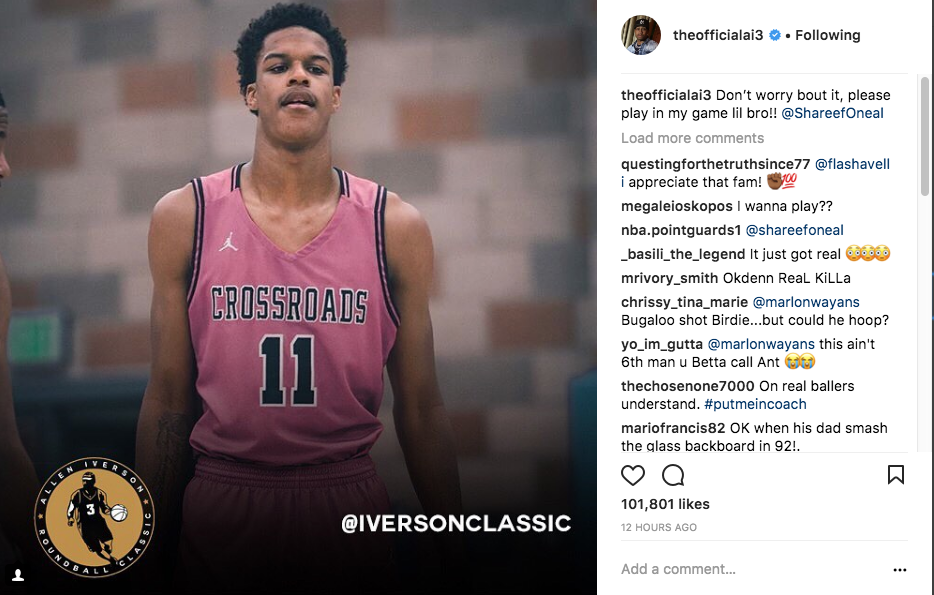 For the past 40 years McDonalds has assembled the best high school bball players in the country to compete in the annual McDonald’s All-American Game.  Notable alumni of the game reads like a Hall-of-Fame wing.  Players such as Magi Johnson, Kobe, Michael Jordan, Isiah Thomas, LeBron James, and of course Shaquille O’neal.   Well McDonalds recently released the East and West rosters for this year’s game and Shaq’s son Shareef was noticeably left off.

I know, I know just because his last name is O’Neal doesn’t mean he can ball or is worthy of being on the roster.  However, the kid can ball.  In fact many bball players took to social media to express their displeasure of Shareef’s snub including LeBron James who posted this: 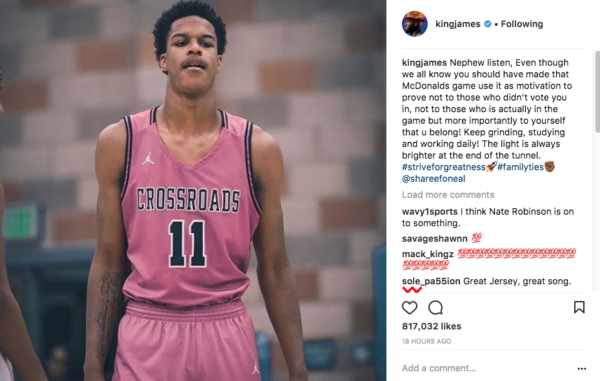 Another Hall-of-Famer that expressed his opinions about the matter was Sixer legend Allen Iverson.  A.I not only expressed his disdain in the matter, he also offered up a solution.  Allen Iverson has an all-star game of his own and he personally invited Shareef to play in it. 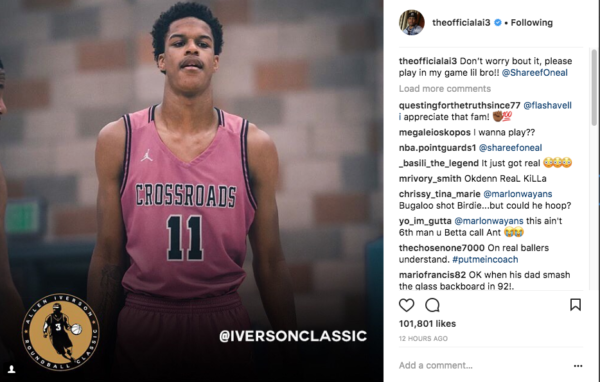 No official word yet on whether or not Shareef has accepted Bubba Chuck’s invitation, but we do know one thing.  Former NBA player Matt Barnes hated the idea that Shareef was left out, so much that he is boycotting the restaurant.  Which means his children will never again savor the flavor of a McD’s chicken nugget. 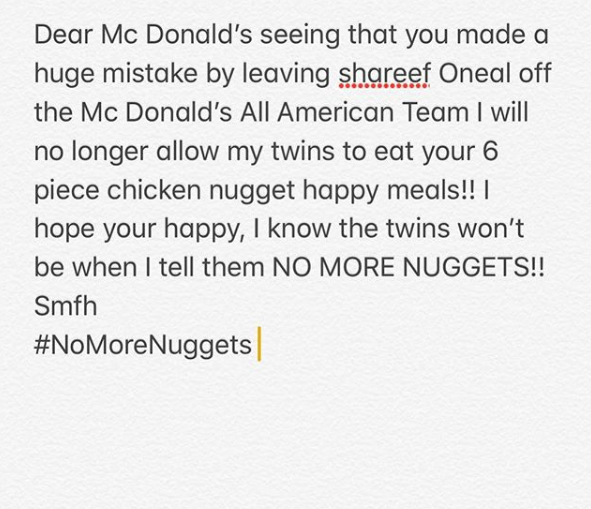 Good News, You Can Wear the Underdog Mask to the Game! Bad News, They Are All Sold Out!
Rodney McLeod Will Have a Meet & Greet This Saturday at Rolls Auto Sales in Northeast Philadelphia
To Top
Get the Coolest Philly Events & News Emailed to you Every Week!