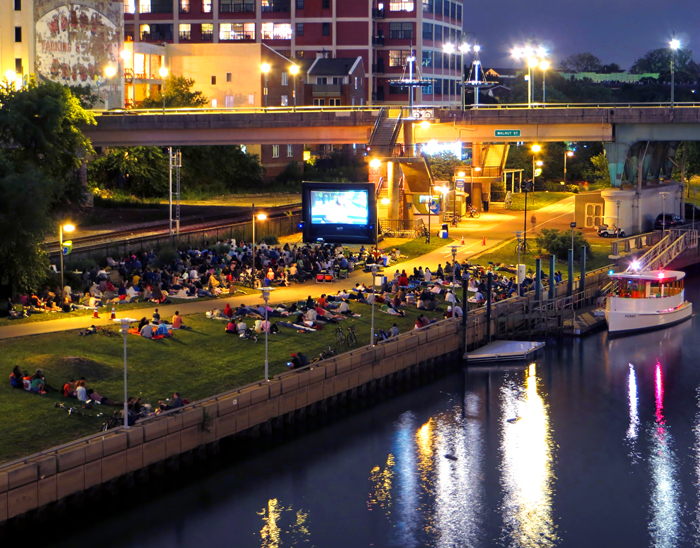 If you’re a movie buff like me then you know there’s nothing like watching a great flick on a chill night.  Now up the ante and put a movie showing outdoors during the summer and every movie becomes that much better.  Well Philly’ outdoor movie scene has been growing in popularity each summer from established venues such as Penn’s Landing to small neighborhood parks.  It seems like just about every open space is prime real estate for movie watching.  Well one of the more popular spots, the Schuylkill Banks (located around the Walnut St. Bridge) has an A1 scenic setting for your summer cinema watching pleasure.

Getting a head start on things, the Schuylkill Banks just realeased their outdoor summer movie line-up and it’s got some a nice mix of classic and new school.  See for yourself:

Didn’t see anything that tickled your movie fancy? Well the Grays Ferry movies also just released their line-up that is pretty sci-fi heavy.

All movies start at dusk, between 7:45 and 8:30 – click on the titles above for an estimated start time for that particular movie . Arrive early for free snacks, and to enter a free raffle for the chance to win a gift card! For more info Visit their site at Schuylkill Banks.