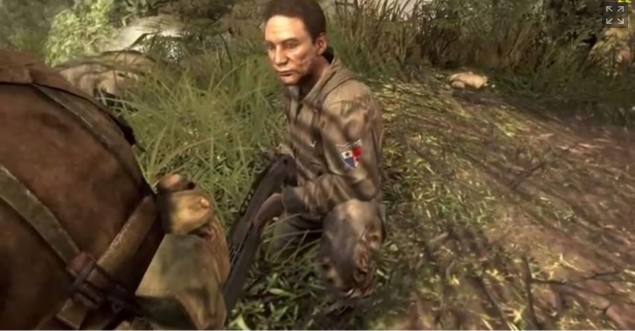 It seems as though Manuel Noriega is fed up with being painted as bad guy.  The former Panamanian dictator who is currently incarcerated for murder and money laundering has filed a lawsuit against the creators of “Call of Duty” for making him look bad.

We cannot make this stuff up.  Activision Blizzard Inc. the creators behind the wildly popular game received notice of the lawsuit that was filed in a Los Angeles court.  It seems as though the 80 year old tyrant wants to know that deep down is really is a great guy.

In the 13 page lawsuit filed by Noriega’s legal team it accuses Activision with using Noriega’s likeness.  “Defendants’ use of plaintiff’s image and likeness caused damage to plaintiff,” it states.  The lawsuit goes on to say,  “Plaintiff was portrayed as an antagonist and portrayed as the culprit of numerous fictional heinous crimes, creating the false impression that defendants are authorized to use plaintiff’s image. ….This caused plaintiffs to receive profits they would not have otherwise received.”

Noriega might be chasing the dollar signs more than repairing his image as Call of Duty Black Ops II in which Noriega is portrayed, racked in $1 billion in the first 2 weeks of its release.

No word yet on how Activision plans to handle the lawsuit, but it will definitely be interesting to see how this all plays out.