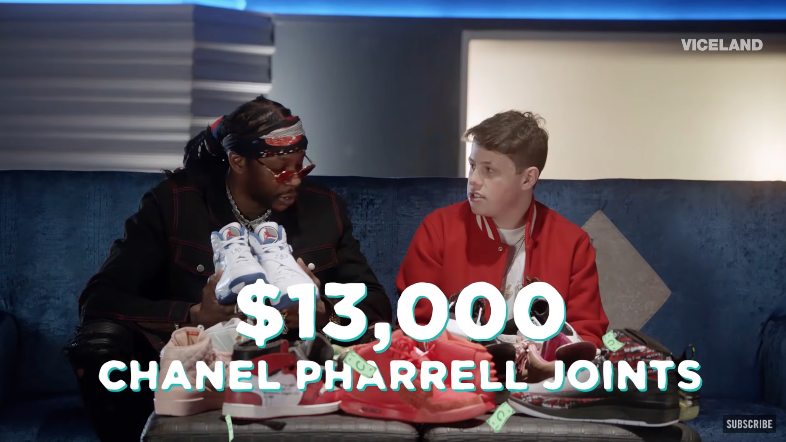 Rapper 2 Chainz has been finding another form of success with his show on Vice called The Most Expensive.  The premise behind the series is having 2 Chainz travel around the country checking out the priciest foods, drinks, and objects that typically don’t cost much.

For example in one episode 2 Chainz sampled a $10,000 can or air. You read that right, someone was selling a can of air for 10 racks!

In this recent episode, 2 Chainz linked up with the self proclaimed “Sneaker Don” Benjamin Kicks.  If he looks familiar it’s because he was featured heavily on DJ Khaled’s snapchat adventures.  While Benjamin is showcasing pricy sneakers, he eventually breaks out a $13K pair of Chanel Pharrells.  What’s the most you’ve ever paid for a pair of kicks?

Get The Scoop on UIRE, A Trendy Women’s Bespoke Boutique in the Heart of Fishtown!
FashionBombDaily.com Founder Claire Sulmers is Hosting an Exclusive Event for Aspiring Fashion Entrepreneurs!