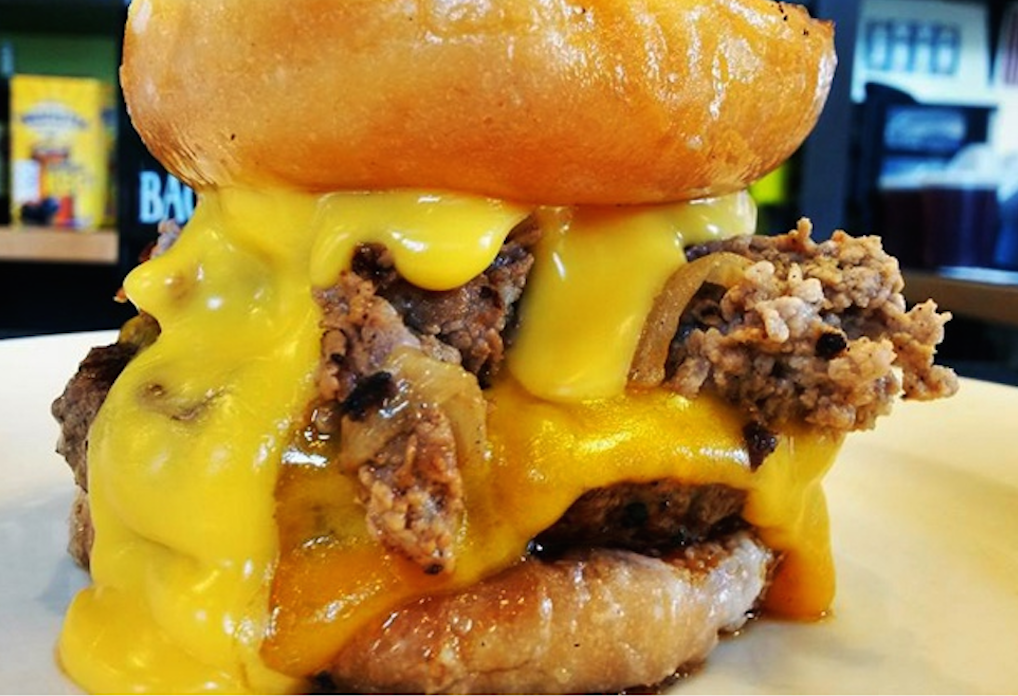 Well more like right off of Delaware Ave.  Tommy Up, the often king of restaurant controversy is moving is burger operation near the new Fillmore to the corner of Canal and Allen Streets.

PYT which opened 6 years ago was in the national news for exposing former Eagle LeSean McCoy for allegedly leaving a .20 cent tip.  Locally they are known for their off-the wall burgers and adult shakes.  A popular spot at the Piazza, PYT garnered a loyal following which helped Tommy Up to expand his Philly operation and open the Yachtsman Tiki Bar.

Although the word of PYT moving was already making its way through the Philly food scene, the early closing does come at a surprise considering the new location isn’t scheduled to open until May.  In the meantime Tommy Up will be more than occupied with the out-of-state expansion of PYT into NYC.  That’s right, PYT will have another location at 334 Bowery.  The New York location will harken the old Max’s diner that was featured on Saved By the Bell.

No official word has been given for PYT’s hasty move but sources are saying it’s a culmination of issues with The Piazza’s newest ownership and the fact the Whalburgers is expected to open at the former Darling’s Diner.  Whatever the case may be, Delaware Ave. around the Fillmore is definitely making a case to be the next big entertainment and food hub.  In addition to PYT, this area will also boast Travinia Italian Kitchen, Latitude 360 and Philadelphia Distilling in addition to the already up and running Johnny Mañanas.

Continue Reading
You may also like...
Related Topics:burger, fillmore, pyt

Top Concerts and Live Events in October
Penn Museum Presents: So You Wanna Be an Archaeologist?