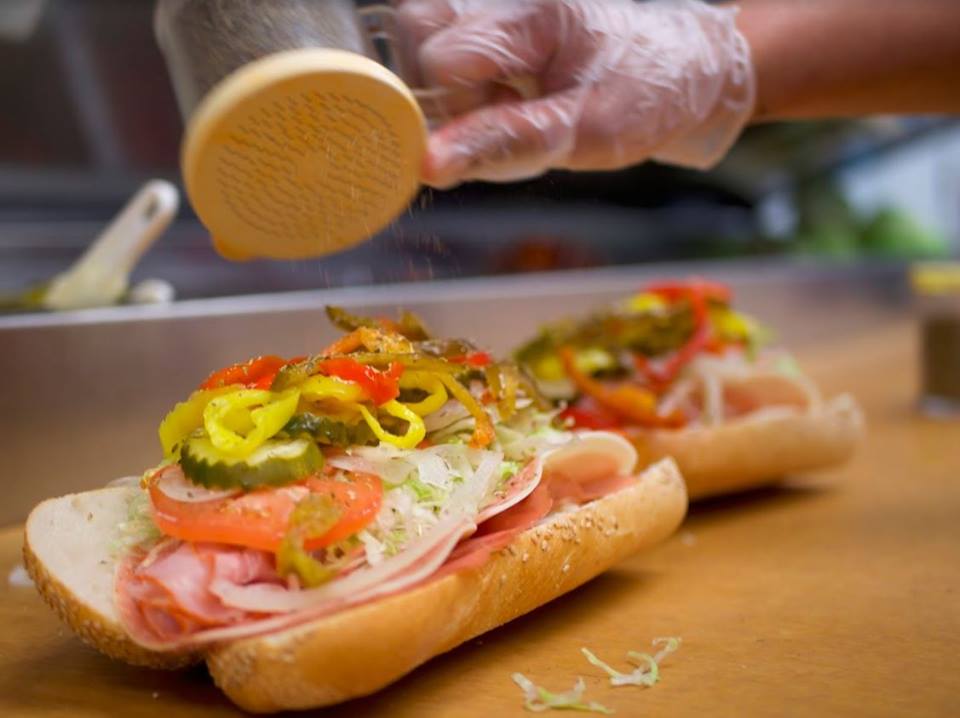 Philly will be celebrating more than tequila and tacos this May 5th because Cinco de Mayo is also National Hoagie Day.  In celebration of this landmark foodie holiday PrimoHoagies is celebrating Monday May 6th with a very special deal on select hoagies.

On Monday, May 6, all Primo’s locations nationwide will offer Primo sized hoagies including Italian, ham and cheese and turkey and cheese for the special price of $5.99, with unlimited quantities. Must be a Primo rewards member. Anyone can be a rewards member by downloading the app at the Apple app store, signing up in store or on the website.

The company will also be recognizing special citizens in each of their markets with complimentary deliveries of hoagies to first responders and public servants like ER staff, fire departments, police departments, youth centers and more. Locations include:

The History of the Hoagie
Hoagies were born in 1953 is a Hog Island sandwich. The term hoagie originated in the Philadelphia area.

The Philadelphia Bulletin reported in 1953 that Italian Americans working at the World War I era shipyard known as Hog Island, introduced the sandwich by putting various meats, cheeses and lettuce between two slices of bread. The name became known as a Hog Island sandwich, shortened to Hoggies, then pronounced later as hoagie.

The Philadelphia Almanac and Citizens Manual says the hoagie was created by early twentieth century street vendors called hokey pokey men, who sold salad, meats and buns with a slice through them.

When Gilbert and Sullivan’s HMS Pinafore opened in Philadelphia in 1879, area bakeries produced a long loaf of bread called the pinafore. Entrepreneurial hokey pokey men sliced the loaf in half, stuffed it with antipasto salad and sold the world’s first hoagie.

A third explanation is that the word hoagie arose in the late 19th to early 20th century among the Italian American community in South Philadelphia. The term on the hoke was a slang term used to describe a destitute person. Deli owners would give away scraps of meats in an Italian roll known as a hokie—but the Italian immigrants pronounced the word hoagie

The History of PrimoHoagies
Primo’s was founded in 1992 s a traditional corner deli serving old-fashioned sandwiches.

In 1995, the company opened locations in Rittenhouse Square and Marlton, New Jersey.

In 2000, inspired by a certain cable television show that regularly featured hoagies, Primo’s launched a trio of killer hoagies made with chicken cutlets—the Bada Bing, the Bada Boom and Whacked Chicken.

In 2003, Primos opened their flagship Center City store at 11th and Sansom Streets, on the campus of Jefferson.

In 2004-the company launched PrimoCares, a non profit that donates school supplies, Christmas gifts and hot meals to thousands of children in need annually around the Greater Philadelphia region

In 2017, the company opened a location at Citizen’s Bank Park, the first stadium location for the brand.

By the end of the year, PrimoHoagies will have 90+ locations nationwide.