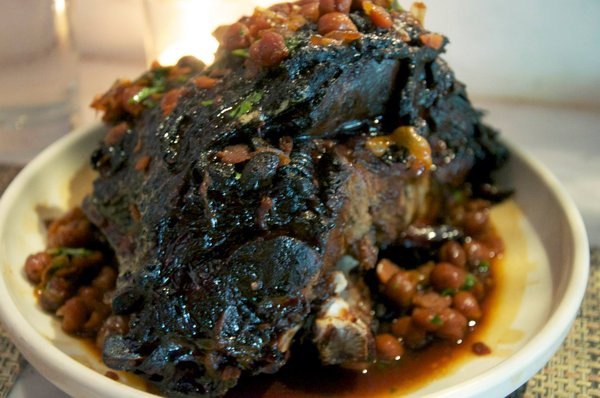 The ultimate Philadelphia dish is not a cheesesteak. It’s Zahav’s famed pomegranate lamb, an entire bone-in Colorado shoulder braised with pomegranate juice and chickpeas into a melting mountain of meat like you’ve never experienced…. because you can’t reserve it for parties of less than nine. So prepare yourself for Zahav’s Lamb Shack Takeover.

Due to the multi-day preparation process and the unpredictable nature of restaurant traffic, we are never able to make enough lamb shoulders to satisfy demand. So this February, from Friday, February 6 through Saturday, February 28, we are going all-in on nothing but Lamb Shack.

“Though the lamb was something of an improvisation when we first opened, it has become the most-requested dish on our menu — and the only one we haven’t changed at all,” says Zahav executive chef and co-owner, Michael Solomonov. “We decided to transform Zahav into the Lamb Shack so we can guarantee lamb to every guest who wants it.”

From February 6 through the 28th, Zahav will only offer the Lamb Shack menu, priced at $36 per person. Each guest will experience Zahav’s quintessential hummus tehina and house-baked pita; vegetarian salatim including Moroccan carrots, beets with tehina, twice cooked eggplant; whomping hunks of pomegranate lamb shoulder with Persian rice and chickpeas; and dessert of chocolate kanafi. Vegetarians will have an entree option to substitute for lamb.

To sweeten the deal, guests are invited to BYOB at no charge for the month of February, and we will be offering a limited selection of cocktails, craft beer, and wines by the glass and bottle. Reservations are always suggested, and are only available by calling the restaurant at 215-625-8800.