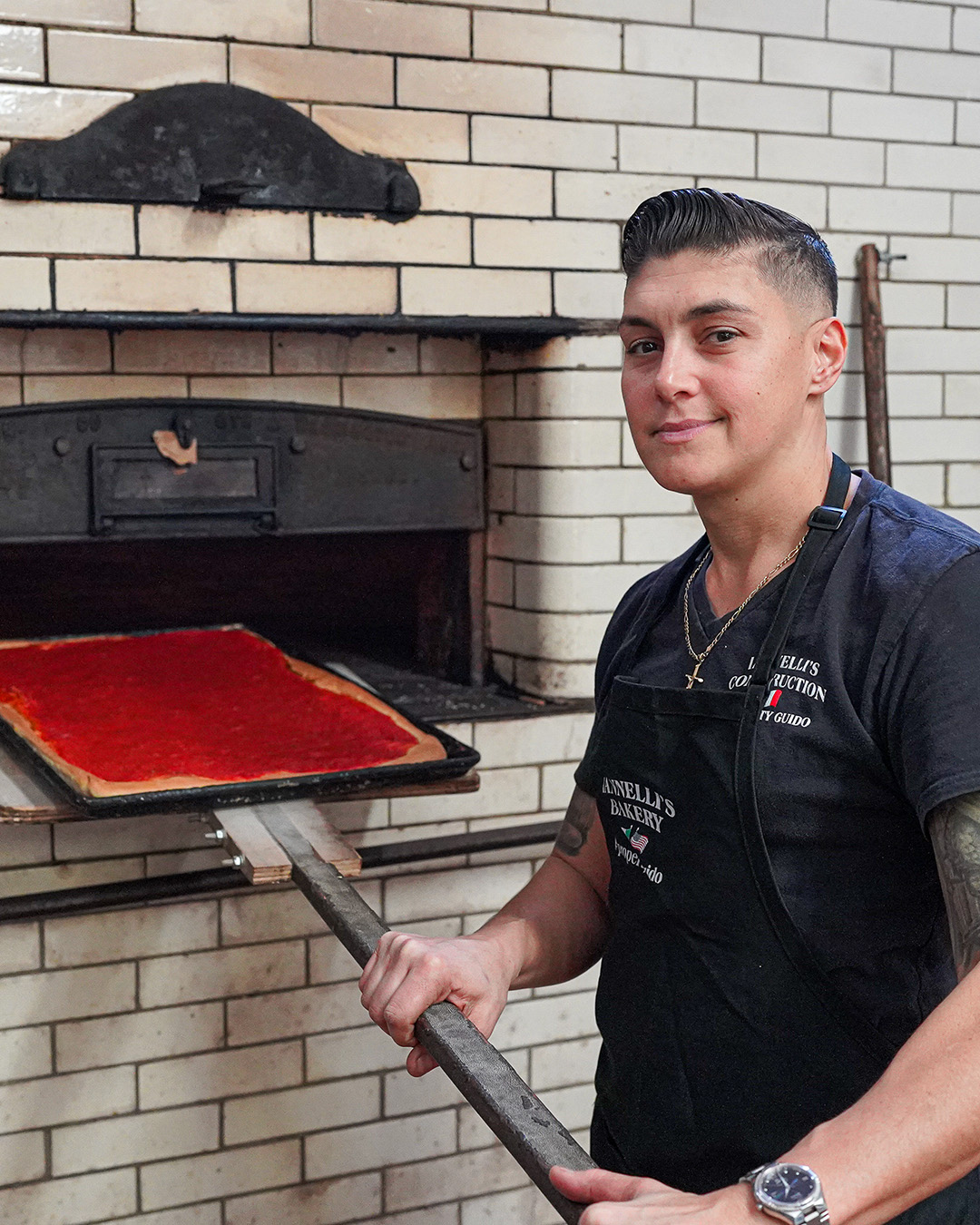 Have a family member or know someone that moved out-of-town and misses that classic Philly tomato pie taste?  Well Iannelli’s Brick Oven Bakery, South Philly’s famous tomato pie and gravy shop which opened in 1910 at 1155 E. Passyunk Ave, has begun shipping its products nationwide.  As a third generation owner Vincent Iannelli, whose great uncle founded the business, is looking to expand the century-plus old business beyond Philadelphia.

With tomato pie’s origin in Philadelphia dating back to 1910 (the trend began in NY in 1905, and migrated to Philly five years later), the 18-by-24-inch “gravy pies” at Iannelli’s are still some of the most sought after and well-known in a city which now has dozens of options. To make theirs, Vincent starts with the same dough he uses for his Stromboli, with a crust that tastes like homemade bread, curled up at the edges to keep the gravy pooled in the middle. The gravy is dense, and the same which Iannelli uses on his own pastas.

“It all starts with the gravy,” said Vincent, who grew up in the Italian Market working between his grandfather’s businesses: Claudio Specialty Foods, and Iannelli’s Brick Oven Bakery. “It’s all about quality and not quantity, and I make everything myself. I’m excited to ship these products nationwide, because tomato pie a classic item that so many people love, but you can’t get an authentic tomato pie just anywhere.”

Iannelli’s is open for walk-in operations only 15 days a year during the fall and spring, but customers are now able to order online as long as there is inventory in stock. “That’s just how it is,” said Vincent, who said he plans on shipping 150 pies per month, and not a single one more. Once he is sold out for the month, customers will have to wait to order more. Perishable items will be shipped Mondays and Tuesdays, with a freezer pack in a box with insulated containers. Iannelli’s will include heating and serving instructions while also making video instructions available. There will also be a bundle pack option, that comes with a seasoned pan, dough, and gravy.

The first phase of nationwide shipping includes tomato pie and gravy (which Iannelli’s has been shipping for a few years), with pizza kits and cookie kits to follow. Iannelli’s offers Crab Gravy; Diablo Crab Gravy; Grandma’s Gravy; and Diablo Gravy. The crab gravy is made with fresh crabs, as Iannelli, a spear fisherman, catches, cleans, and cooks every crab that goes into every batch.