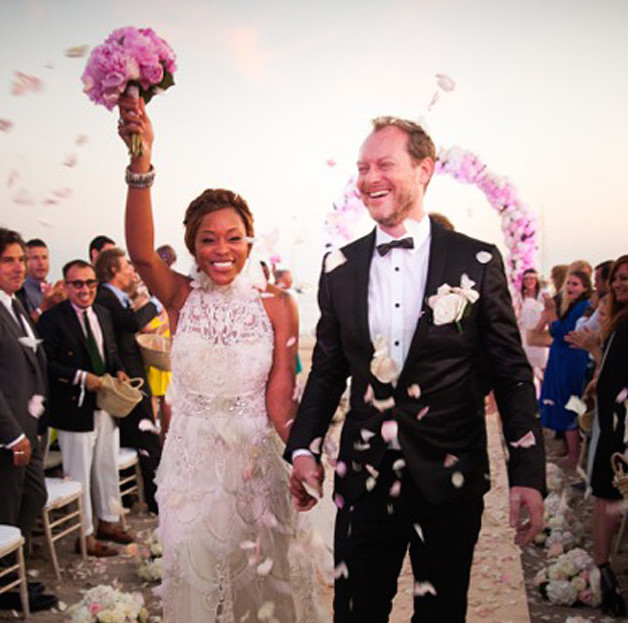 Philly star Eve who rose to fame in the early 2000’s with the Ruff Ryder rap camp and had successful solo albums as well as several acting appearances has tied the knot.  The self proclaimed “pitiful in a skirt” was adorning a wedding gown in Ibiza this past weekend as she married entrepreneur and CEO of Gumball 3000 Maximillion Cooper.

“We met on the 2010 Gumball 3000 rally so it only seemed right to have the wedding at the finish of this years rally in Ibiza, which was the final stop on this years event,”Mr. Cooper stated.  If you are not familiar with the Gumball run, essentially it’s a race on public roads with all rare and exotic cars.  This year’s run started in Miami and finished in Ibiza Spain so cars were airlifted from New York to Europe to complete the race.

This is Eve’s first marriage and Maximillion’s second.  No word yet on Eve’s next moves as far as music or movies but right now she is pretty much set for life.