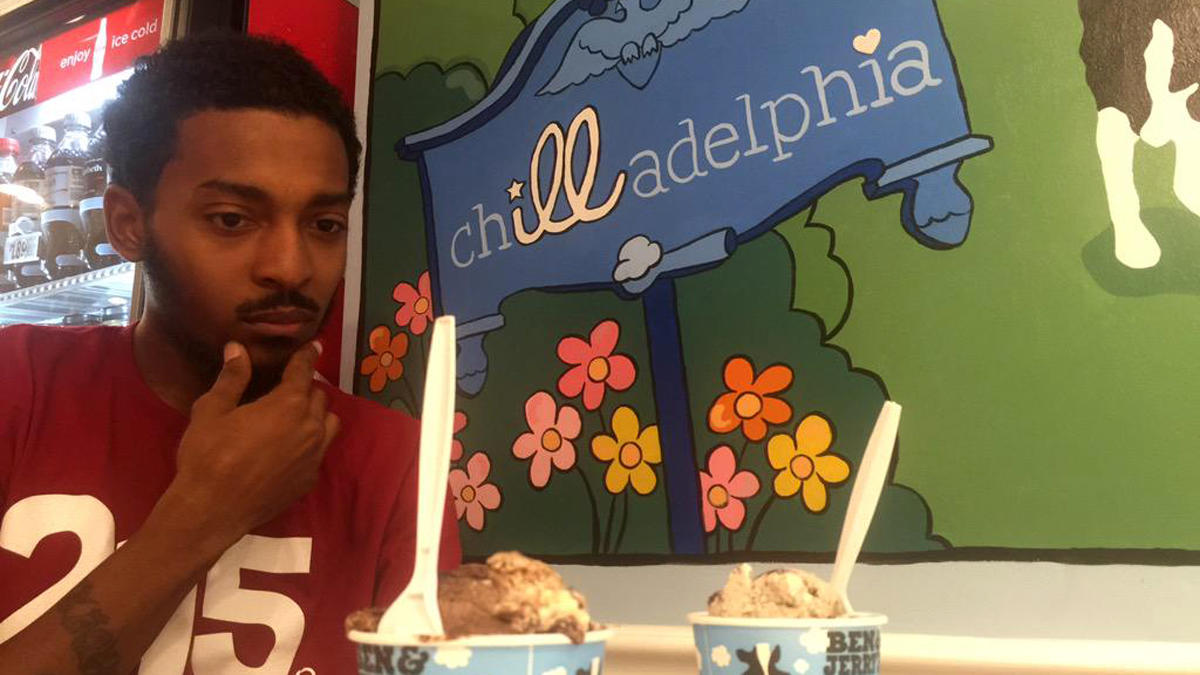 When it comes to making moves in Philly, Chill Moody is like the Chip Kelly of rap. Making plays that seem unorthodox but they work like a charm.  His ingenuity to position himself as a city liaison has put him in a position to do things such as help create a City Hall music festival as well as becoming Philadelphia’s official Music Ambassador.  It’s almost like this dude is the entertainment mayor of Philadelphia.  So it was no wonder that Ben & Jerry’s tapped Chill Moody to represent Philly with a new flavor dubbed “CHILLadelphia.”

We actually had the opportunity to catch up with Chill Moody to ask, ‘just how this opportunity came about?’ “Basically they contacted me about doing my own flavor. Originally I was going to do a “nicethings” flavor but after talking with their team a little more it was a no brainer to do a Philly flavor. We haven’t decided on the actual flavor yet, we are going to see what the people want and go from there, but it will be PHILLY. The flavor will be called “CHILLadelphia,” Chill Moody explained.

CHILLadelphia is still in the works as Chill Moody will be getting with Ben & Jerry representatives to narrow down the exact taste.  We have a feeling once it’s out it will be a hit.  We’re hopping Chill will hook us up with a pint or two or three.

Stay tuned as we will keep you updated on CHILLadelphia’s progress.