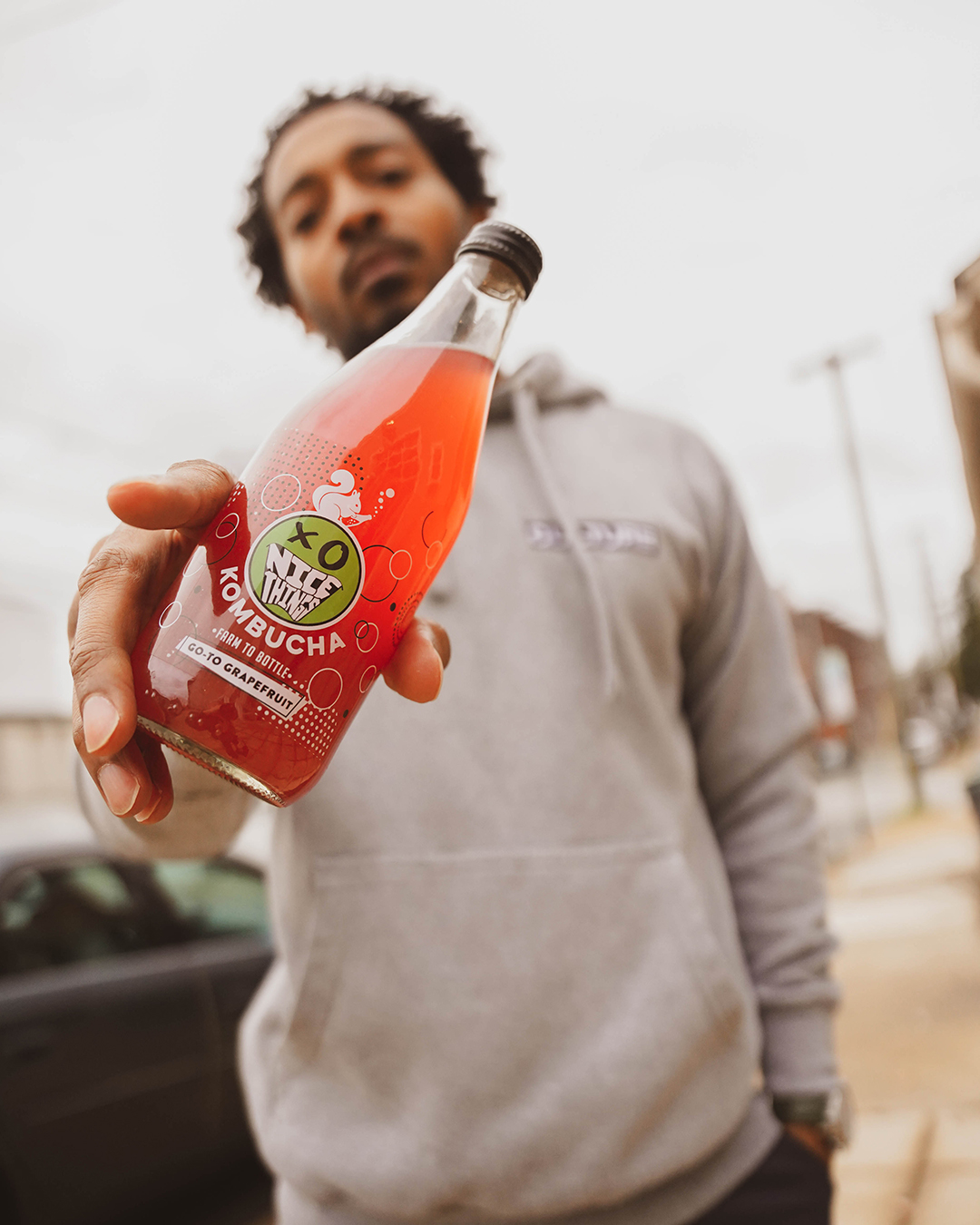 It’s been five years since Philly’s Music Ambassador Chill Moody made history for being the first rapper to have his own beer, nicethingsIPA through a collaboration with Dock Street Brewery. Not only was his nicethings brand slapped on the label but Chill was hands-on with the whole process.  He picked out the flavor profiles and even assisted with the 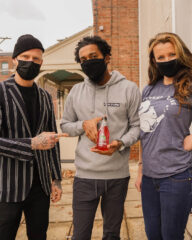 The drink was conceptualized by Chill Moody, Olga Sorzano, owner of Babas Bucha in Phoenixville and Craig Arthur von Schroeder, owner of GoT Marketing. Olga’s backstory of growing up in her native Russia and learning how to make Kombucha from her grandmother instantly clicked with Chill.  From there nicethingsKombucha was born. “Our very different upbringings somehow instilled some common threads of morals and just how we move around as individuals, so a collaboration was obvious. We dropped last Friday,” Chill Moody stated.

The first flavor to debut by nicethingsKOMBUCHA was Go-To Grapefruit. This flavor is a blend of red grapefruit, blood orange, ginger, hibiscus, and an herb called Goto Kola which is renowned for promoting cognition and reducing anxiety.

For those looking to support and grab a bottle, nicethingsKOMBUCHA is available at the following retailers:

nicethingsKOMBUCHA is also being sold wholesaled and orders can be placed directly with Chill Moody via DM on IG or through email at iMadeChillMoody@gmail.com.