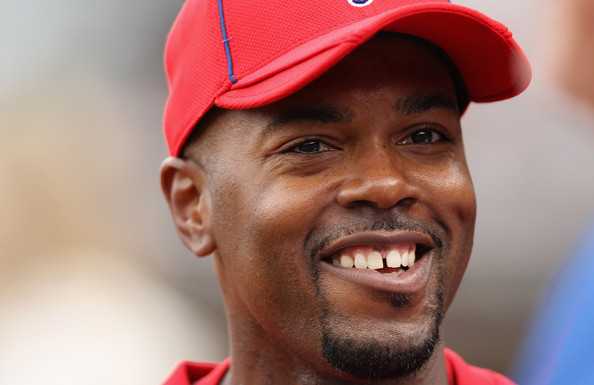 Looks like Jimmy Rollins illustrious 14 year career with the Phillies has come to an end.  J-Roll was just traded to the Los Angeles Dodgers.  Although the exact details of the trade have not been finalized it is all but a done deal.

The longest tenured athlete in Philadelphia who also has the most hits in franchise history was an key player in the Phillies 2008 championship.  Also on his resume are 4 Golden Gloves, a Silver Slugger Award, Roberto Clemente Award, as well as being the 2001 National League Stolen Base Champion.

Rollins who was drafted by the Phillies back in 2000 is a California native and currently resides in New Jersey.  Throughout his time in Philadelphia there were ups in downs in regards to fan relationships but overall he was a beloved athlete who kept it classy on and off the field.  A leader in the clubhouse, J-Roll’s presence will sorely be missed.  Here are a few career highlights. Thanks for the memories J-Roll!