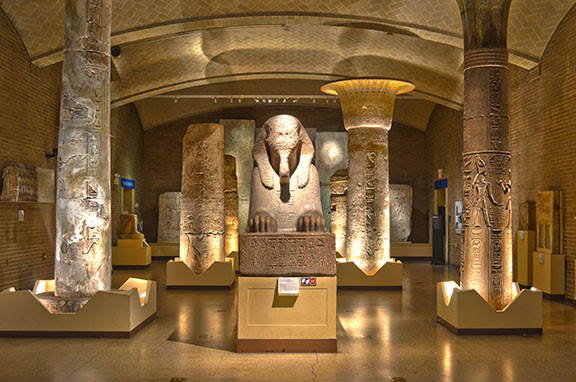 After July 8, the Museum’s iconic and beloved lower level Egypt (Sphinx) Gallery closes for extensive artifact conservation, the first step before eventual renovations and re-envisioning for the new Ancient Egypt & Nubia Galleries. That means that after more than 100 years of educating and entertaining guests, the Museum’s beloved red granite Sphinx—the largest ancient Sphinx in the Western Hemisphere, surrounded by colossal architectural elements of a Pharaoh’s palace circa 1200 BCE—is taking a break. The new Ancient Egypt & Nubia Galleries are expected to open in four to six years.

Egyptomaniacs will be glad to know that the third floor Egyptian Galleries, including the popular Egyptian Mummies: Secrets and Science, will remain open, as does The Artifact Lab: Conservation in Action, where conservators study, clean and prepare ancient Egyptian mummies, among many artifacts, answering visitor questions twice daily. In winter 2019, the Museum will unveil a new special exhibition with a focus on ancient Egypt. But no one at the Museum would deny that the Sphinx will be missed by guests and staff alike.

Continue Reading
You may also like...
Related Topics:penn museum, sphinx